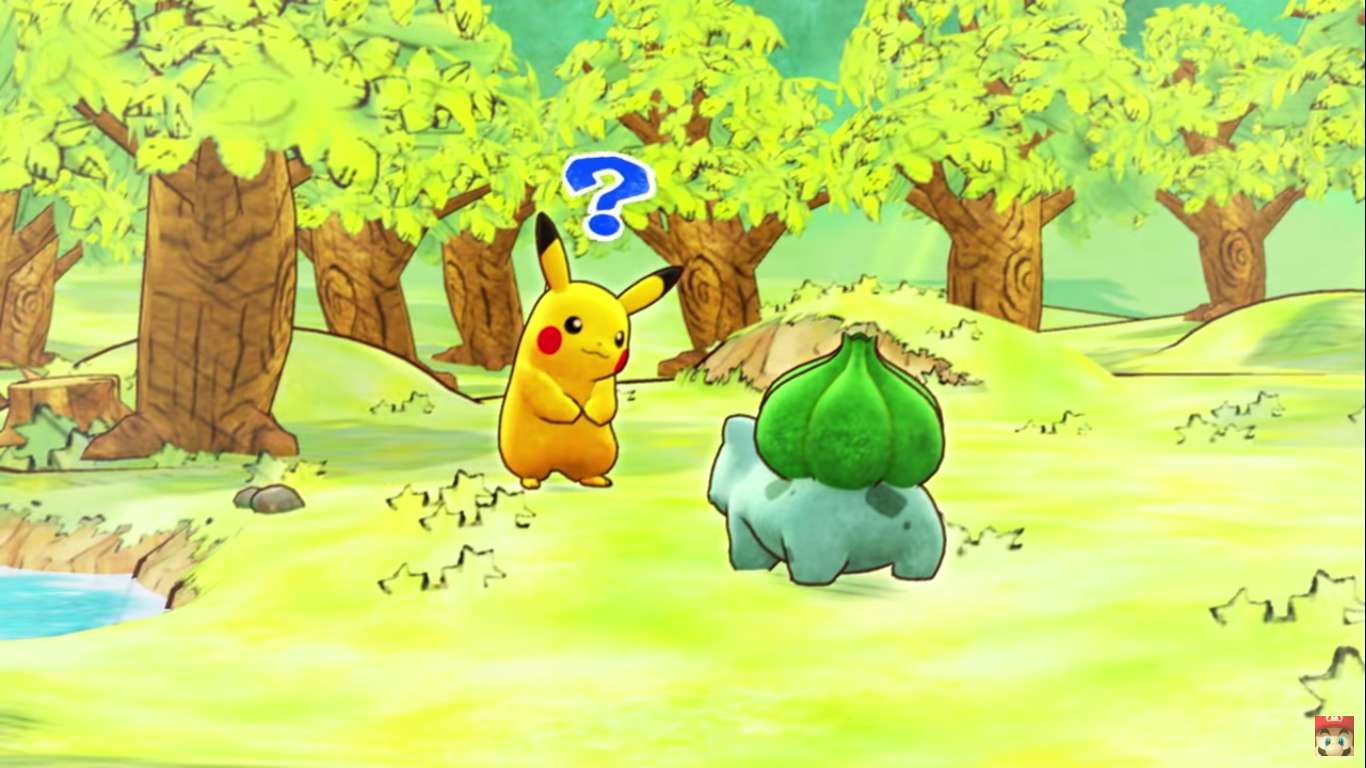 Pokemon Direct is the Nintendo Direct update that is centered on the Pokemon franchise. Usually, it is centered on new monsters and the latest in Pokemon Sword and Shield news. This time the Pokemon Company put an extra surprise at the end of their update with the remake of a fan-favorite title.

Rescue Team DX will combine both the 2006 games Red Rescue Team and Blue Rescue Team. They were originally released for the Game Boy and Nintendo DS systems and quickly proved to be a fan favorite experience. The game will have enhanced visuals and a new art style for its re-release, and apparently, it is set for March 6. A Demo is already live for players, and the data will transfer to the full game upon release.

The Rescue Team games were roguelikes, just like every other Mystery Dungeon game. You get to explore the dungeon and find a loot with a single life and try to progress further with every attempt. Each version of the game had exclusive Pokemon like other games from the series, but the upcoming Rescue Team DX will combine the two and mix the exclusives into one title.

Similar to the 2006 version of the game, players will take a miniature quiz before going through the adventure. The results of the quiz will pick which of the 16 different playable Pokemon that you turn into. Out of the remaining collection of Pokemon, you do get to select a partner of a different type than you.

The demo does not include the story mode. Rather it keeps things simple and allows players to take jobs from the board outside the post office. The requests let players explore the demo’s two dungeons and help the stranded Pokemon. They have to help them find their way out, escort them to particular dungeon floors, or hunt for a specific item. Each job presents a different challenge.

The game looks really pretty, but it is obvious right from the start that this will be a hit or miss experience. Some fans of the original are sure to love the reimagined version, but the fact that it is a roguelike will turn many potential players away. Roguelikes require a ton of work and can be very frustrating for those who do not usually play them.

Pokemon Mystery Dungeon: Rescue Team DX is not the only announcement to be made. News of the upcoming expansion pass for Pokemon Sword and Shield was discussed, and the game will be adding more monsters. Free updates will be coming as well, and tons of other minor content will be coming to the game, including new characters and the infamous Galarian Slowpoke.

The game will be released on March 6, and there is sure to be tons of other news coming out as the release date gets closer.

Nov 3, 2022 Tom Lee 80
A Bulbasaur with retractable vines was built, 3D printed and displayed by an inventive Pokemon fan. As a result, many more enthusiasts have expressed...