The intention behind the creation of this new competition, Riot details in their announcement, is to help “increase the level of competition in Southeast Asia, Taiwan, and Hong Kong while creating a more engaging experience for fans.”

Riot mentioned this league back in September, but official announcements came only five days ago. The inaugural season will begin in the first quarter of 2020 on February 8th.

There’s more coming to shake things up. In the official announcement, Riot state the following:

“As part of our approach to shaping the new league, we are adjusting the competitive format. We will be increasing the number of games, and moving to a best-of-one format, with a double-elimination Playoffs – a format where fans can rest assured that the top team will represent them on the global stage.”

Thank you for making the 2019 World Championship Finals the most viewed event in League of Legends History! #Worlds2019

Find out more about the records we set and the milestones we crossed here: https://t.co/E7jj0oOkyD pic.twitter.com/0K8RsdrCxl

It’s interesting to know that they intend to move to a best-of-one for a variety of reasons. For starters, and most simply, playing a single match means less air time for the teams and the competition itself, as well as fewer games for the fans to watch.

During the official announcement, they mention little of what fans can expect in terms of the length of the competition. There also seems to be no mention of the prize pool or anything of the sort. There will be ten teams competing from several different nations – Taiwan, Hong Kong, Singapore, Thailand, and the Philippines to be specific.

Because of the geographical difference of the nations playing, Riot seems to be switching to a more online approach. The announcement states that “our initial focus will be on online tournaments. That said, it’s important for us to create opportunities for fans to experience competition in person, and are currently exploring what those opportunities might entail.”

With that knowledge, one can safely assume that the inaugural season beginning in February will exist solely online (though there’s plenty of time for Riot to surprise us). Perhaps as soon as the 2021 PCS, fans will be able to travel to see the games in person. Until then, we’ll be watching the broadcasts and rooting for our favorite teams to ring in the new competition.

Call Of Duty: Modern Warfare Gamers Really Want To Play Shipment, But They Keep Getting Vacant Instead

Nov 14, 2020 Giorgio Delgado 5180
The support role in League of Legends can often be a thankless job. A good support can go by relatively unnoticed during the game, but playing...

Nov 14, 2020 Giorgio Delgado 3980
The 10 League of Legends teams participating in the first franchised season of the LCK in 2021 were revealed last night, according to Korizon and... 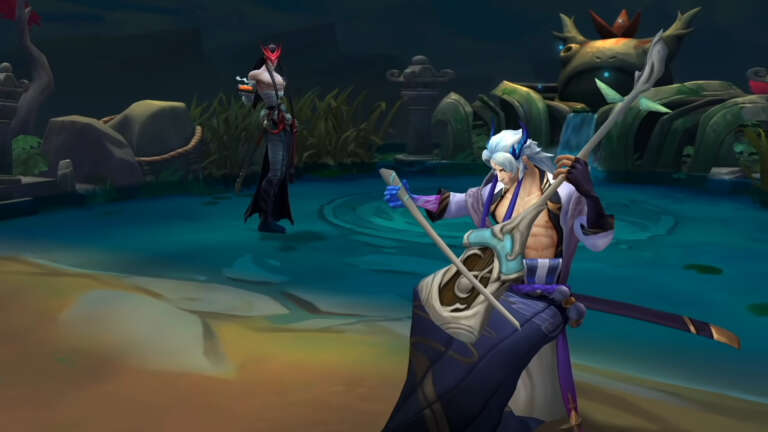 Nov 14, 2020 Giorgio Delgado 3960
Just days after tweeting about how he wants to eventually own his own League of Legends team, massive content creator Jimmy “MrBeast” Donaldson...