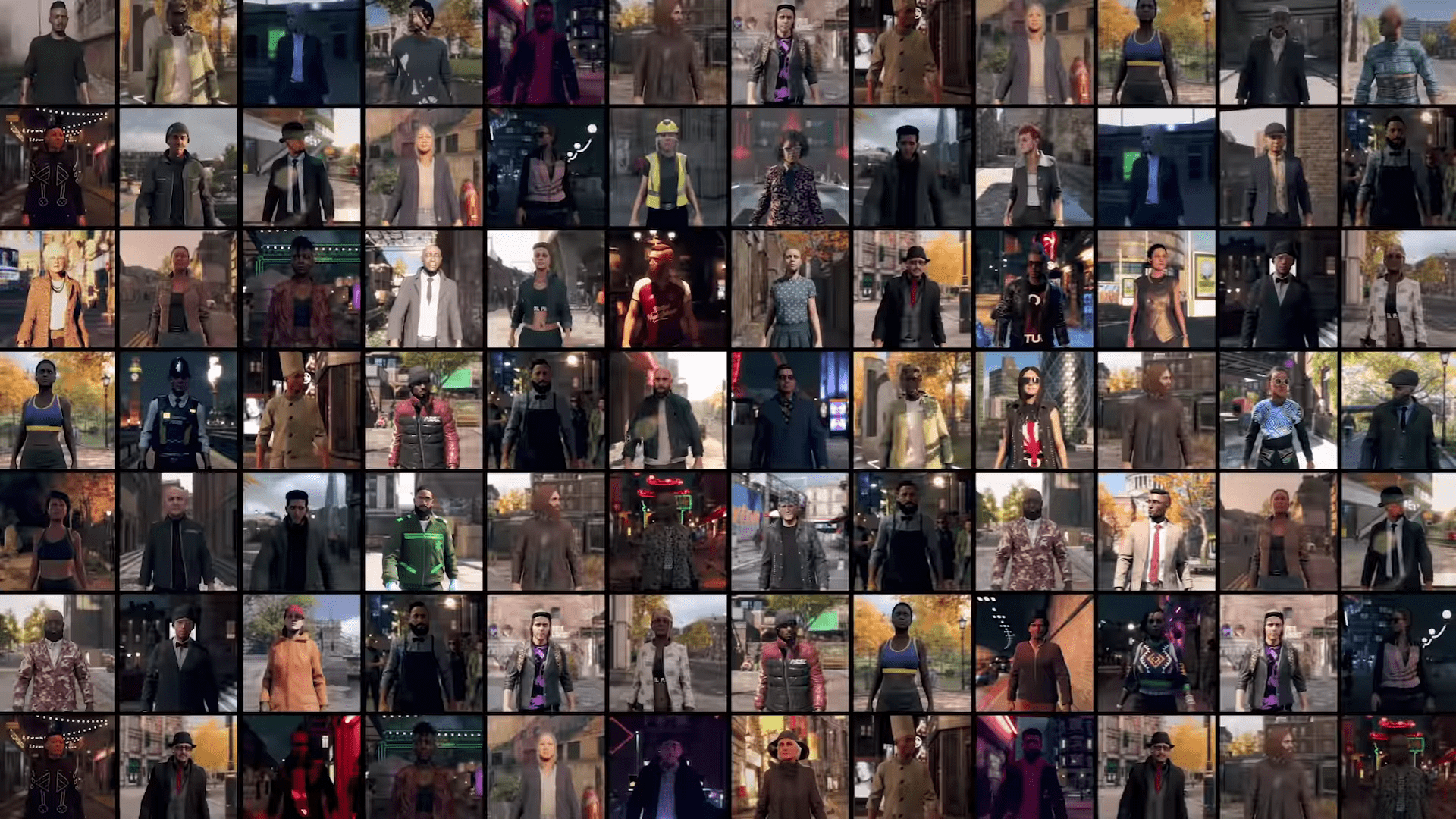 One of the biggest hits at E3 2019 was Ubisoft’s upcoming open-world game Watch Dogs Legion.

After the success of Watch Dogs 2, it was only a matter of time before we saw a sequel. Where the previous entry did a lot to fix the many issues with the first Watch Dogs, especially in terms of hacking, Legion is looking to raise the stakes with an innovative new gameplay mechanic; Not only can you hack the world around you, but you can hack, recruit, and play as literally any NPC in the game.

While we saw a few examples of this in action during E3 2019, with the developer demo showing off a variety of different characters, a new interview with associate producer  Shelley Johnson revealed just how far this concept goes. According to her statement, there is a staggering number of unique NPCs in the game. Johnson said:

“There isn’t a limit. It can be anywhere between thousands to millions… One of the numbers that was floating around at one point was 9 million. They’re procedurally generated characters… animation, dialogue, census data, like all those bio pieces that you see when you profile somebody, faces, character kids, all of this comes together to produce a unique character every time.”

Every NPC also has their own specialty, with some being better at flying drones and others being more capable of stealth. The most interesting part of it all is the way that every NPC you’ve recruited will be present in cutscenes with full voice-acting. Characters come and go, they die, and they will even comment on the actions of other recruits.

It’s a boastful claim, indeed, and one that definitely sounds exciting on paper. How well this concept translates to the actual game remains to be seen. Ubisoft is well-known for over-promising, as both the first Assassin’s Creed and Watch Dogs titles failed to live up to expectations.

Watch Dogs especially gained a lot of negative attention due to the drastic change in gameplay and visual quality from its earlier, highly-praised E3 demo. While the demo showed off some very impressive graphics and an open-ended mission structure, the actual game was far less impressive. The visuals had been greatly toned down, even on high-end PCs, and the gameplay suffered from repetition and disappointing uses of the core hacking mechanic.

Obviously, there is a lot of technical stuff at work here, but if the gameplay turns out to be as fun and interesting as the E3 demo, Watch Dogs Legion could be a huge breath of fresh air in the open-world action genre, which in recent years has become quite formulaic.

Watch Dogs Legion will be released on PC, PlayStation 4, Xbox One, and Google Stadia on March 6, 2020.