We must rescind prior statements; there aren’t always the same sales every year on Steam.  In a move that many weren’t expecting, Valve has brought yet another sale to our wincing wallets.  This sale only lasts today and tomorrow (December 12th and 13th), so it’s very much going to be over fast.  The titles on sale are those that have been nominated for various categories, along with past winners from 2018 – 2014.

Not all titles that have won awards, or in the running for awards, are on sale.  Certain titles still retain their full price for various reasons, although it’s not always the ones you would expect.

🎉As part of #TheGameAwards we're hosting the Steam Game Festival! 🎉

Demos from 12 upcoming games will be available for just 48 hours, so go try out something totally new today!https://t.co/YILKPLA9mU

The recently launched Red Dead Redemption 2 from Rockstar that struggled to maintain a player base on the Steam platform after releasing everywhere else first (and its somehow botched launch with heavy crashing experienced for the majority of users) is on sale on the platform at 20% off.  Gears 5, the title that has had issues with pleasing their longtime fans, is also once again 50% off.

Other titles, such as Dead or Alive 6 that was released in early 2019, and struggled to please consumers with its impressive $1,428 of DLC remains full price at $60.

So there appears to be very little rhyme or reason between the various developers in what they’re offering, with many prices higher than they were on the most recent Steam Autumn Sale.

Yet if you’ve neglected to pick up a title on your wishlist, and it’s on sale still, it may behoove you to pick it up in this surprise sale.

This isn’t the end of it, however.  The mysterious stream that is due to begin December 12, 1730 Pacific time.

Tuning into the stream allows users to receive free games or even a free Valve Index VR kit.  To help ensure users don’t miss the experience, Valve is also testing an email/mobile phone reminders that they plan to roll out further shortly.

The sudden Steam sale, while scarce offerings are to be found, are offerings nonetheless that gamers wouldn’t have had access to without.

Of additional note is the tag-line for Steam’s The Game Awards; ‘Play great games before they’re released’.  This insinuates that Valve may be rolling out their service soon to rival Origin’s Access or Humble Bundle’s Vault.  Alternatively, the tagline may mean no more than the selected few games that are available as trials for the next 48 hours.

Everything will be answered rather soon, we just need to sit tight and wait for the details.

Valve's Half-Life: Alyx Will Be a "One-Way Journey" With No Multiplayer 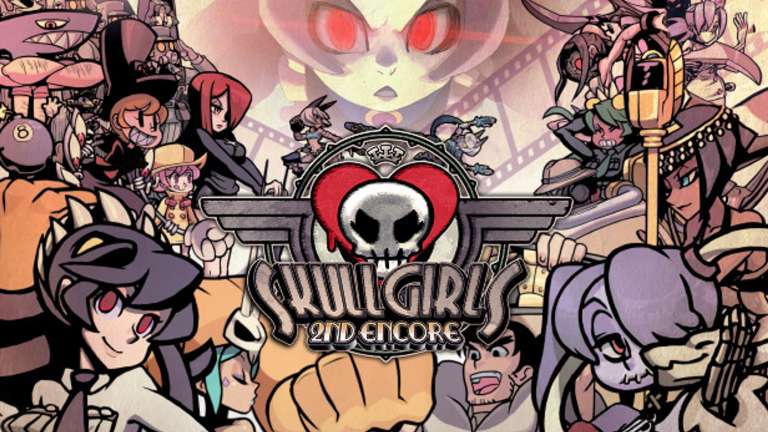 Aug 6, 2022 Tom Lee 680
In 2023, Marie will join the roster of warriors in the Skullgirls 2nd Encore and Skullgirls Mobile Season 1 Pass, according to publisher Autumn Games...