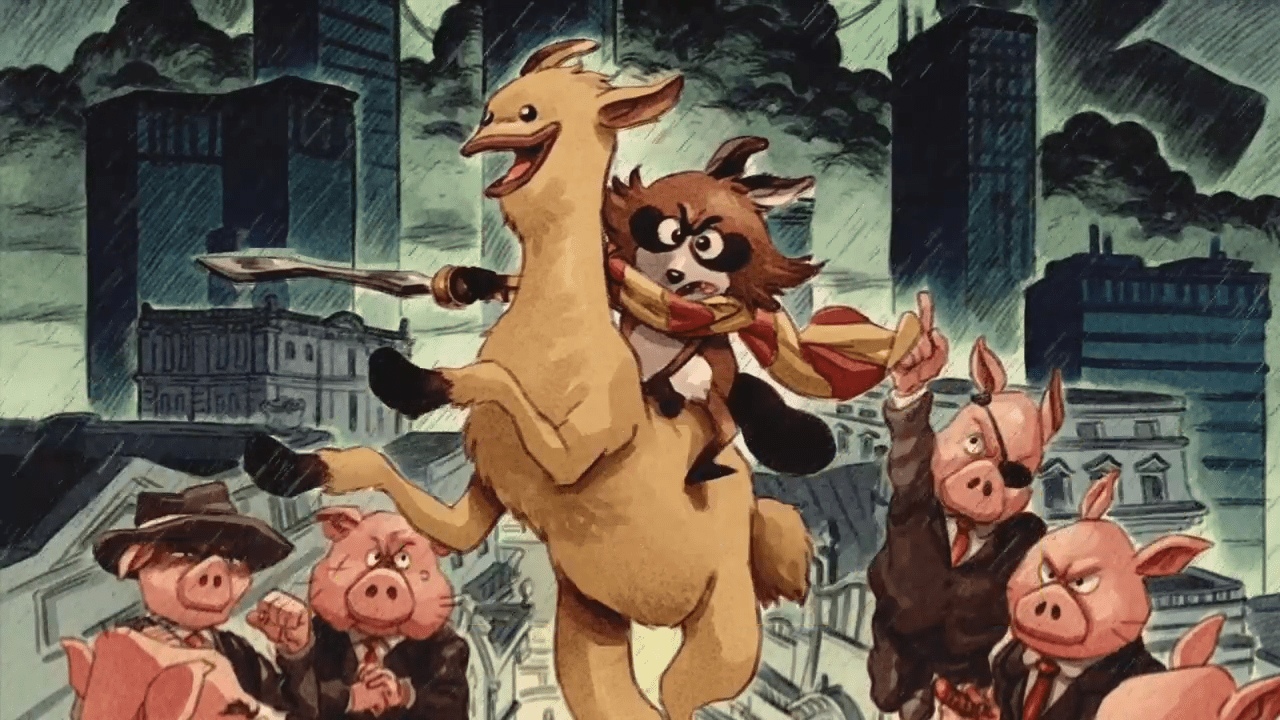 An evil corporation has risen up and taken control of the video game world. Now the only development company in existence, Regnantcorp has enslaved the population by utilizing their incredibly addictive free-to-play games. This is the world of SuperEpic: The Entertainment War, a brand-new Metroidvania game from the developers at Numskull Games, the publisher behind Deadly Premonition Origins, AI The Somnium Files, and the recently-released action platformer Ghost Parade.

In SuperEpic: The Entertainment War, you take on the role of a raccoon and his trusty llama friend as you take on the evil corporation Regnantcorp in order to save everyone and bring back the glory of video games. Throughout your adventure, you’ll explore a massive corporate office in an attempt at bringing down the Corporate Pigs responsible from driving society into the ground. In classic Metroidvania fashion, there will be plenty of secrets to uncover, new abilities to unlock, huge bosses to take down, and more.

The game is heavily-inspired by the 16 and 32-bit era of video games, with gorgeous sprites and platforming gameplay at the center of the experience. The story if filled with jokes and references to that era of gaming, and offers plenty of satire about the current state of the video game industry. SuperEpic: The Entertainment War also features two unique mode of play, making it essentially two unique games in one.

There is the story mode, which features an epic journey full of hand-crafted levels for you to fight through, upgrading your character’s weapons and abilities along the way in order to face new dangers and overcome new obstacles. Then, you also have a full Roguelike mode, which challenges you with bringing down the corporation in procedurally-generated fashion. Levels, upgrades, enemy placement and more are randomized each time you play, giving the game loads of replayability.

One of the most interesting aspects of SuperEpic is the use of QR codes that will be found throughout your adventure. Upon discovering a code, you will need to use your real-life phone to scan it, which will allow you to play a variety of mini-games that are running in HTML5. Completing these mini-games will let you unlock codes that help you progress in-game. It’s a cool feature that hasn’t really been used by other games, and just another gameplay element that makes SuperEpic so unique.

Numskull Games has officially launched SuperEpic: The Entertainment War on Xbox One, PlayStation 4, Nintendo Switch, and PC for $14.99.