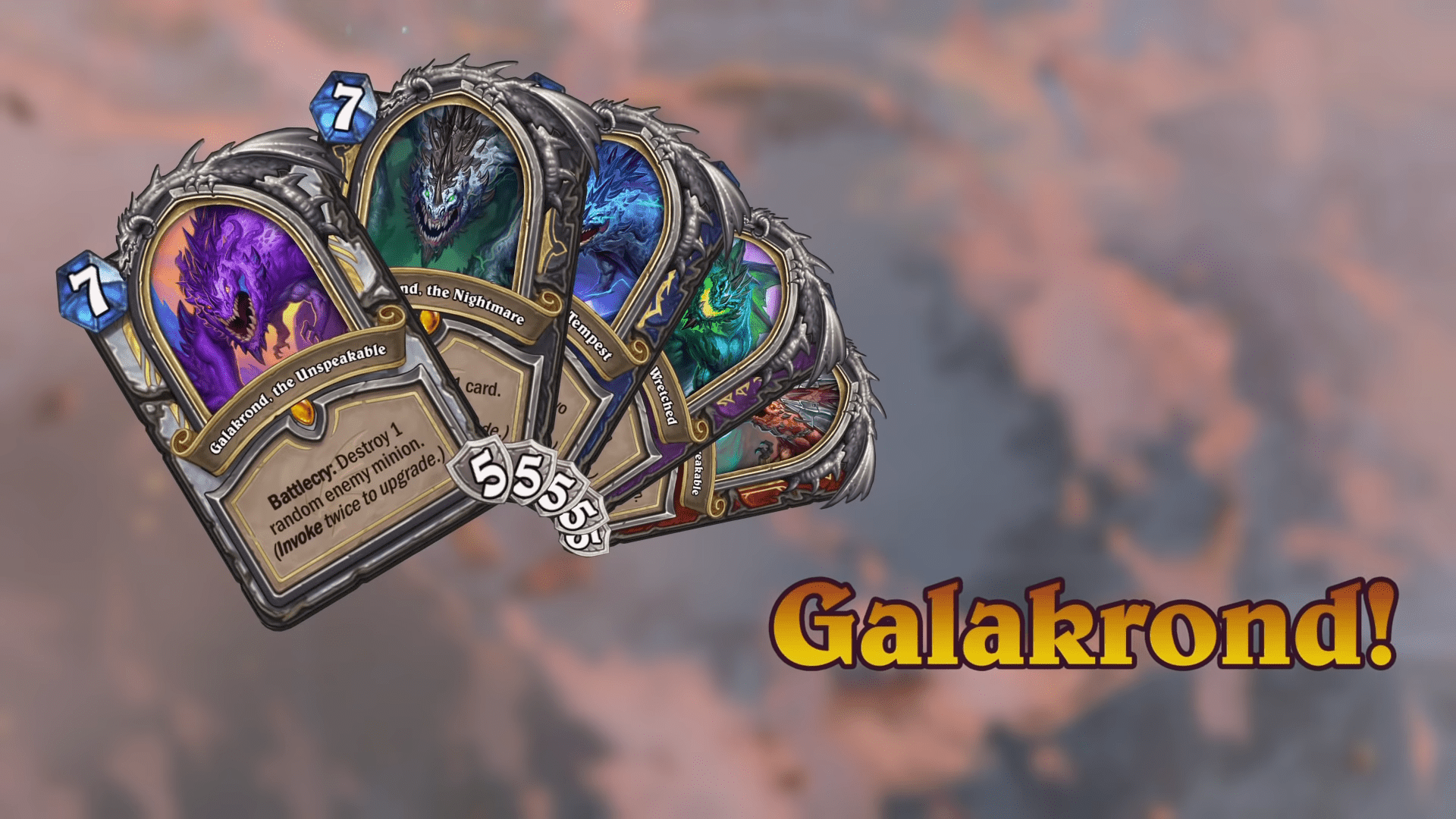 Blizzard has finally put the dragons in the Year of the Dragons with the latest card sets of Hearthstone. As expected, the collection before yearly rotation consists of some of the most powerful cards for the year, and Descent of Dragons is no different.

Trump’s set review, as well as various community reviews of individual cards, proves that DoD has a lot of OP-potential minions and spells. The highlight, of course, is Galakrond. Available for Rogue, Warrior, Warlock, Shaman, and Priest, the legendary hero card has three forms that players can upgrade throughout their matches. Each stage has a more powerful battlecry, with the last one accompanied by a 5/2 claw weapon.

‘Invoke,’ the new keyword for this expansion, will upgrade your Galakrond. Another new mechanic is the Side Quest. Compared to the legendary quests of prior sets, Side Quests is much lightweight in its objective and rewards comparable. It is also either a Rare or Epic quality, and players can put in two Side Quests in a deck.

Because this is the set for dragons, all classes received one legendary dragon card plus a legendary neutral dragon, Dragonqueen Alexstrasza. World of Warcraft’s Life-Giver dragon queen will cost nine mana with 8/8 and has a battlecry to add two random dragons to your hand that will be 0 mana if your deck has no duplicate.

Players who can log in within the first 90 days from the release of Descent of Dragons will receive free three packs plus two copies of common card, Shield of Galakrond. It’s a five mana 4/5 with taunt and a battlecry that invokes Galakrond. Surprisingly, Blizzard is also gifting everybody who opens their pack with all five legendary Galakrond hero card.

This patch is not only huge for Standard and Wild players but with Battlegrounds fanatics alike. Three new heroes are now playable to the pool of heroes. Sylvannas Windrunner, the former war chief of the Horde, has the hero power Banshee’s Blessing. It costs 0 gold, you’ll sacrifice a minion to give adjacent ones +1/+1.

Edwin Vancleef has Sharpen Blades that costs one gold, and players can give a minion +1/+1 for each minion you’ve bought that round. And finally the warlock Arch-Villain Rafaam with hero power: I’ll Take That! It cost one gold and reads: Next combat, add a plain copy of the first minion you kill to your hand. Blizzard notes that it is the unbuffed version and cannot be a golden copy.

To keep the Battlegrounds fresh, Blizzard is rotating another set of heroes. Here’s a complete list of everyone leaving and coming back:

Several balance changes are coming Battlegrounds’ way. Patchwerk will now start at 50 health instead of 60 while A. F. Kay will have two Tavern Tier 3 minions at turn 3. From the usual +1/+2, The Rat King’s hero power buff is now +1/+1, and Millificent Manastorm’s Tinker will now only give +1 attack from +1/+1.