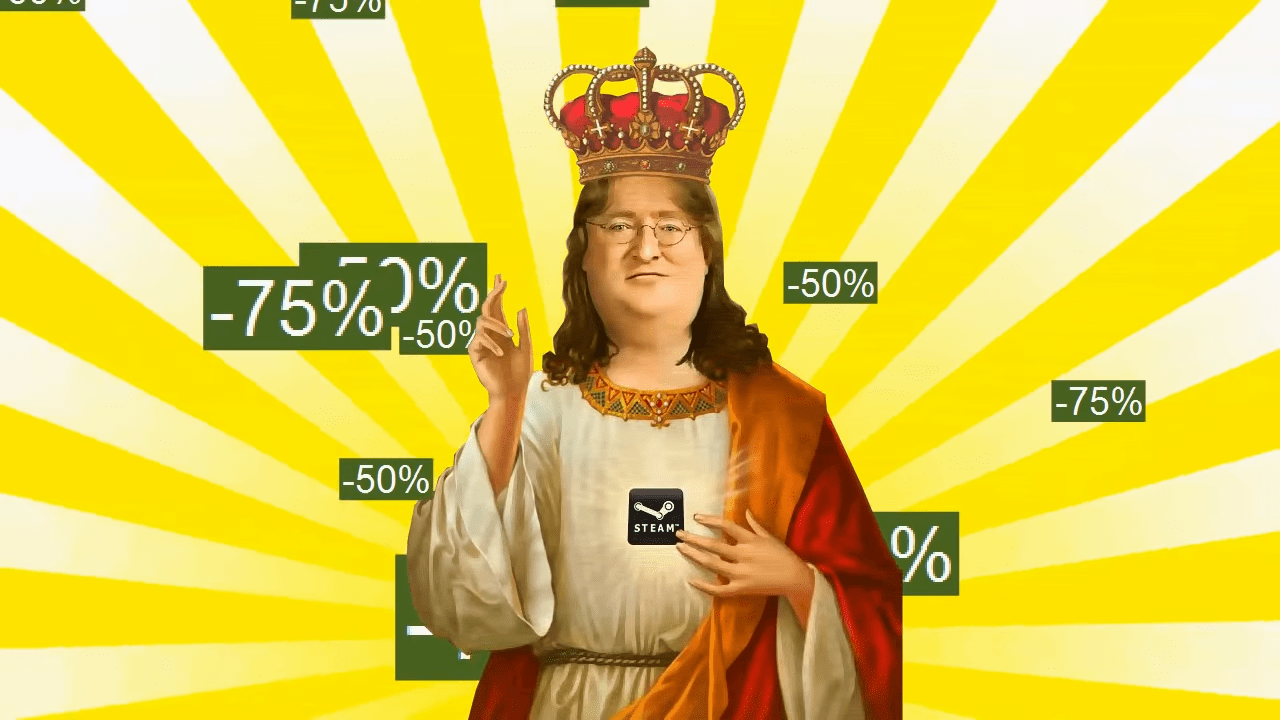 Another year, another set of Steam sale dates have been leaked.  Valve communicates with developers on their Steam platform as to what dates they are planning to hold the thrilling Steam sales; with the number of developers on Steam, the dates inevitably end up leaked, every year.  Granted, it’s not like the dates change drastically year to year, yet the sheer excitement of PC gamers coming into every Steam sale makes them a reliably notable announcement.

It bears reminding, however, that Steam sales simply aren’t like they were in the past.  The inclusion of refunds on Steam (which is undeniably a good thing) has made the Steam sales go from frantic searching with sudden yet limited price drops, to a more…corporate feel, with less steep price tags.  Yet while the days of getting an obscene discount may have passed, Steam sales are still notable for being able to stock up on games for dirt-cheap.

Me sliding into the winter steam sale ❄️ pic.twitter.com/3rtwQ4QmA0

Included in these Steam sales typically include strange events with them, that has occasionally left their users scratching their head.  The recent Steam Summer Sale brought a type of Grand Prix with it that baffled users and left Steam fielding requests to explain it greater.  Sometimes the events are worth participating in; the most recent Summer Sale offered gamers free games from their wishlist, with the upcoming Cyberpunk 2077 from developer CD Projekt Red being the most gifted game from Valve.

The Autumn Sale is a lot closer than most people realize, scheduled to run from November 26 until December 3rd, starting in a mere three days from now.

The Autumn Sale is slightly earlier than typical, yet encompasses Thanksgiving as it is ought to do.  The Autumn Sale will run for seven days, and if past recent events have properly set the paradigm, all prices will remain constant throughout the sale.

For better or worse, no more needing to check Steam in the middle of the night to see if any prices have temporarily yet dramatically dropped.

The Christmas Sale, which is arguably the biggest annual sale (along with the Summer Sale), begins on December 19 and is slated to end January 2nd, 2020.

As veterans of the platform know, the two-week Christmas Sale is where prices will typically be dropped the lowest, and also feature the most games on discount in comparison to other Steam events.

If the game you’ve been eyeing hasn’t dropped an acceptable amount for your wallet during the Autumn Sale, it may be wise to wait until you can see the Christmas Sale price.  Worst case scenario, you wait an additional week and a half.

Terraria: Journey's End, Or PC Update 1.4, Is Delayed Until 2020 With No Specific Release Date