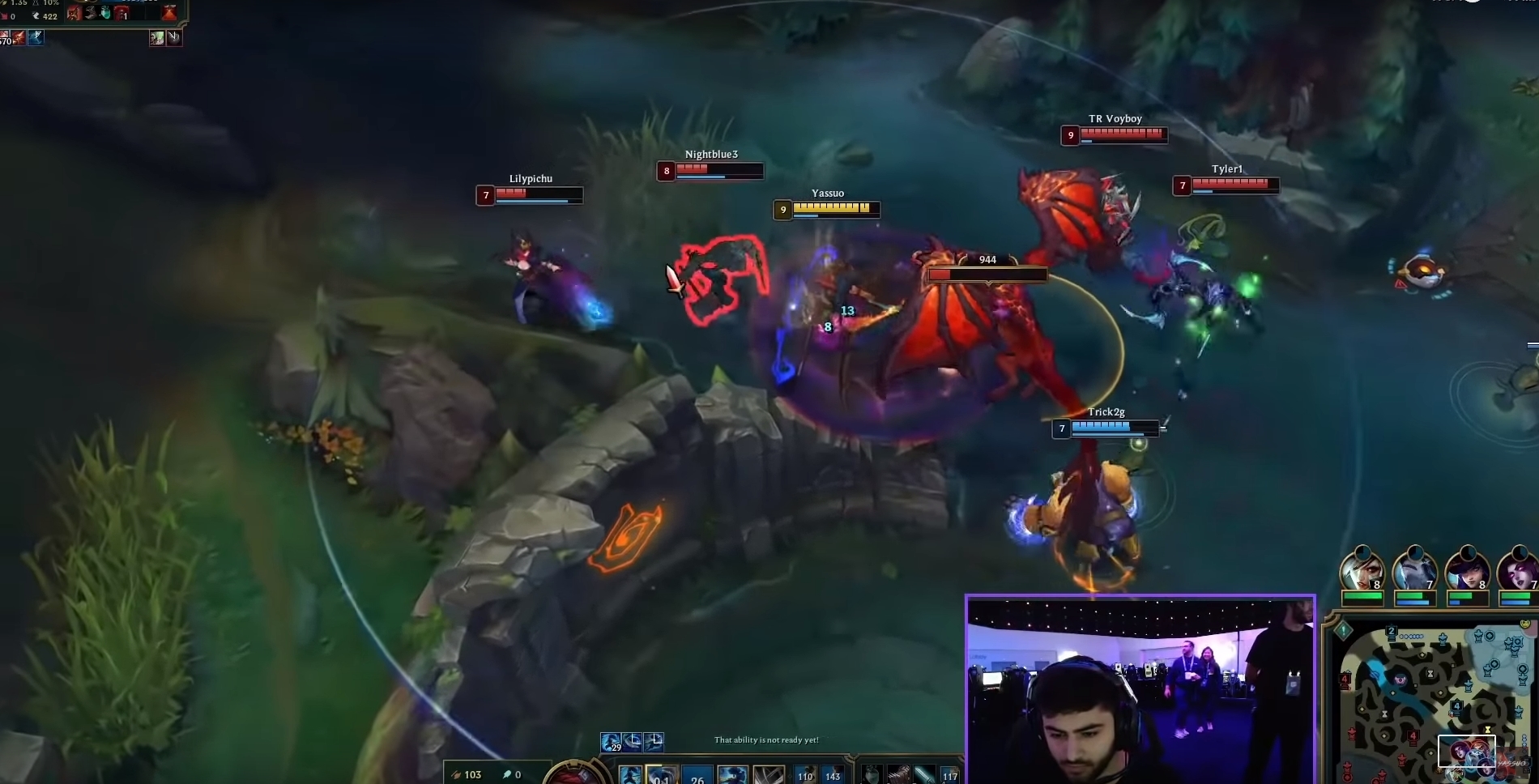 After tearing their way through the eight-team bracket of Twitch Rivals League of Legends Draft Showdown Four, Team Tyler1 were crowned the champions recently.

The team captained by Tyler faced off against Team Yassuo in the grand finals in a series that went back and forth. After winning the first game, Team Tyler1 recovered from their second game loss, closing out the series with a dominant performance to cement their championship. The series ended with Team Tyler1 initiating a teamfight that saw Dun secure a quadra kill on Twisted Fate, spelling the end for Team Yassuo.

To make their way into the finals of the playoffs, Team Tyler1 defeated Team Lohpally, while Team Yassuo shut out Team TFBlade 2-0 in their semifinal clash.

A heated back and forth between the team’s captains made this matchup the most anticipated of the event. In a clip from the Twitch Rivals’ stream, the pair can be seen comparing their in-game achievements.

Yassuo took aim at Tyler, claiming he often doesn’t achieve the Challenger rank in solo queue. Tyler responded by listing that he had achieved this in the ADC and jungle roles and is now in the process of trying to hit Challenger as a top lane player. Yassuo fired back that he had previously been Masters rank in jungle as well as EU and U.S. Challenger solo rank twice before the conversation between the two turned into a screaming match.

Ultimately, though, Tyler1 got the last laugh. Team Tyler1 will take home $25,000 for their first-place finish while runners-up Team Yassuo earned $15,000.

Tyler Steinkamp (born March 7, 1995), better known by his online alias tyler1 or T1 for short, is an American internet personality and streamer on Twitch. He is one of the most popular League of Legends online personalities with more than 3.4 million followers on Twitch. Steinkamp was banned from playing League of Legends from April 2016 to January 2018 for disruptive behavior towards other players, earning him the nickname of “The Most Toxic Player in North America”. His first League of Legends stream after reinstatement peaked at over 386,000 viewers on Twitch, a figure that was noted as the website’s largest non-tournament concurrent viewership at the time.

Steinkamp ranked 14th on the North American League of Legends ladder in 2014,but his stream had a modest following until 2016. Steinkamp originally became known in the League of Legends community for toxic behavior shown on his stream, which included personally attacking others, encouraging players to commit suicide, and intentionally losing the game to the detriment of his teammates. This behavior eventually led to permanent bans on 22 unique accounts over several years.

Should You Do The Hwang Hee Chan OTW SBC In FIFA 21? This Already OP Card Gets A OTW