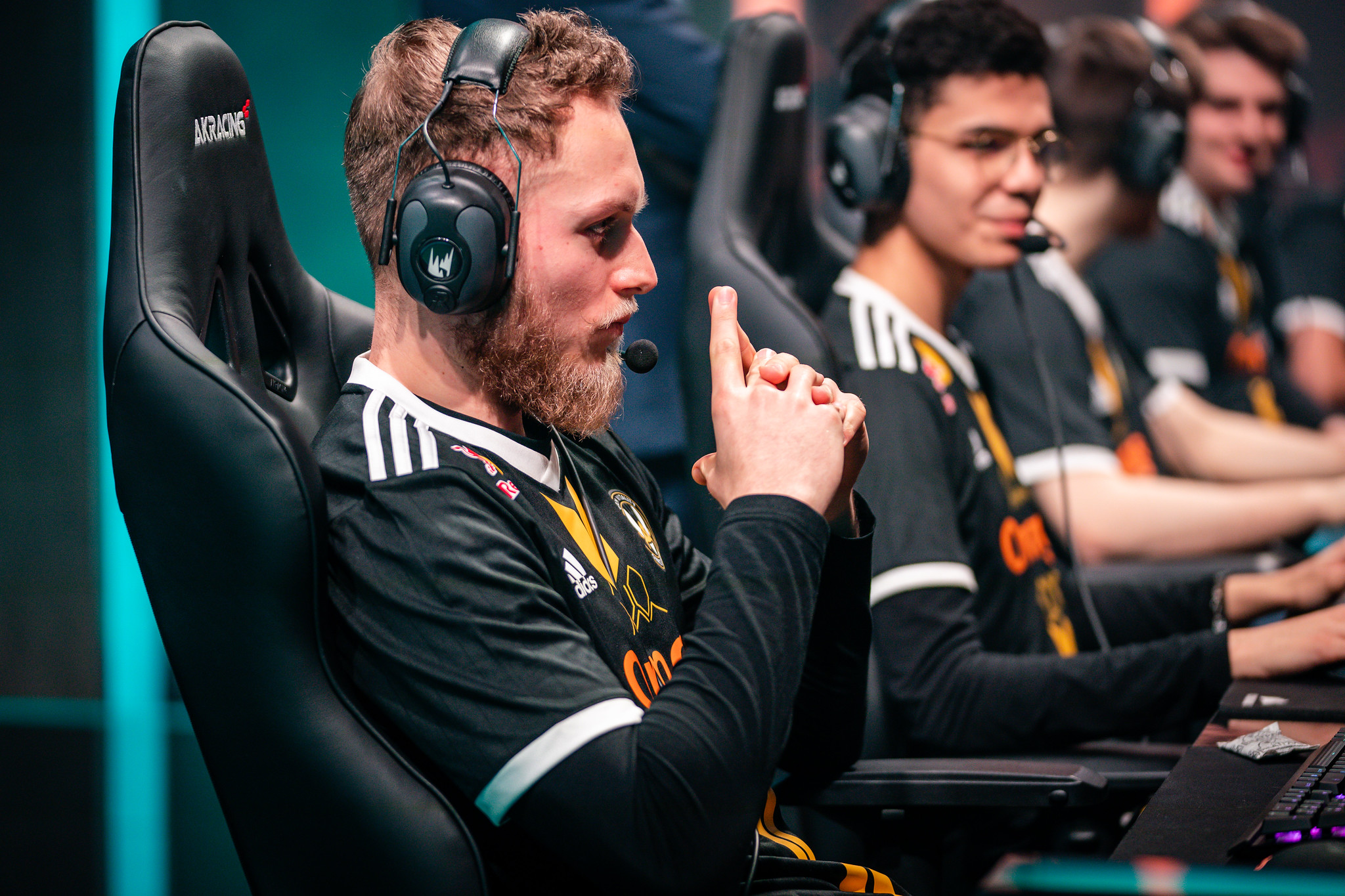 Vitality have taken down the LEC Spring Split champions G2 Esports in a 30-minute game.

The League of Legends team was on point the entire game, securing objectives and punishing G2’s over-aggressive plays across the entire map. Cabochard picked up the Player of the Game award after his marvelous performance and game-changing ultimates on Sion.

The early game was even for some time with Vitality being prepared for G2’s roaming play style. Once G2 tried to crash the wave on bottom and dive Vitality’s bottom lane, they backed off, losing little experience.

With G2’s focus on the bottom lane, Vitality swapped their bottom lane to the top and took the Herald to secure the early gold from tower plates. With their lead, they were able to pick up all Dragons, reaching the Ocean Dragon Soul, which has a professional win rate of over sixty percent.

G2 kept trying to come back into the game, but Vitality was superior today. They were the better shot callers, the better mechanical players, and the better players overall. This was a true test for Vitality, who had a poor Spring Split. G2, on the other, hand should analyze their playstyle to see if it’s up to date with the current meta after the recent lane swap of Perkz and Caps back into the bottom lane and mid lane, respectively.

This win cements their third-place position after the first week of the LEC and makes a good case for Vitality as a playoff contender.

G2’s star support Mihael “Mikyx” Mehle also had a rough time in their last loss at the hands of Vitality, ending with six deaths and only two assists. The 21-year-old said that there were plenty of small issues that led to their poor performances.

“With both yesterday and today, we had a lot of different, small mistakes,” Mikyx told Dot Esports. “The only common one was drafting. We didn’t really know how to draft because we didn’t really scrim for the past week. But I think we should be able to get on track in the next week.”

The lack of scrims set G2 behind, and their team play wasn’t enough to close the gap this time around. Even head coach Fabian “GrabbZ” Lohmann acknowledged these issues on social media, saying that there was “no deeper reason” behind the losses besides bad preparation.