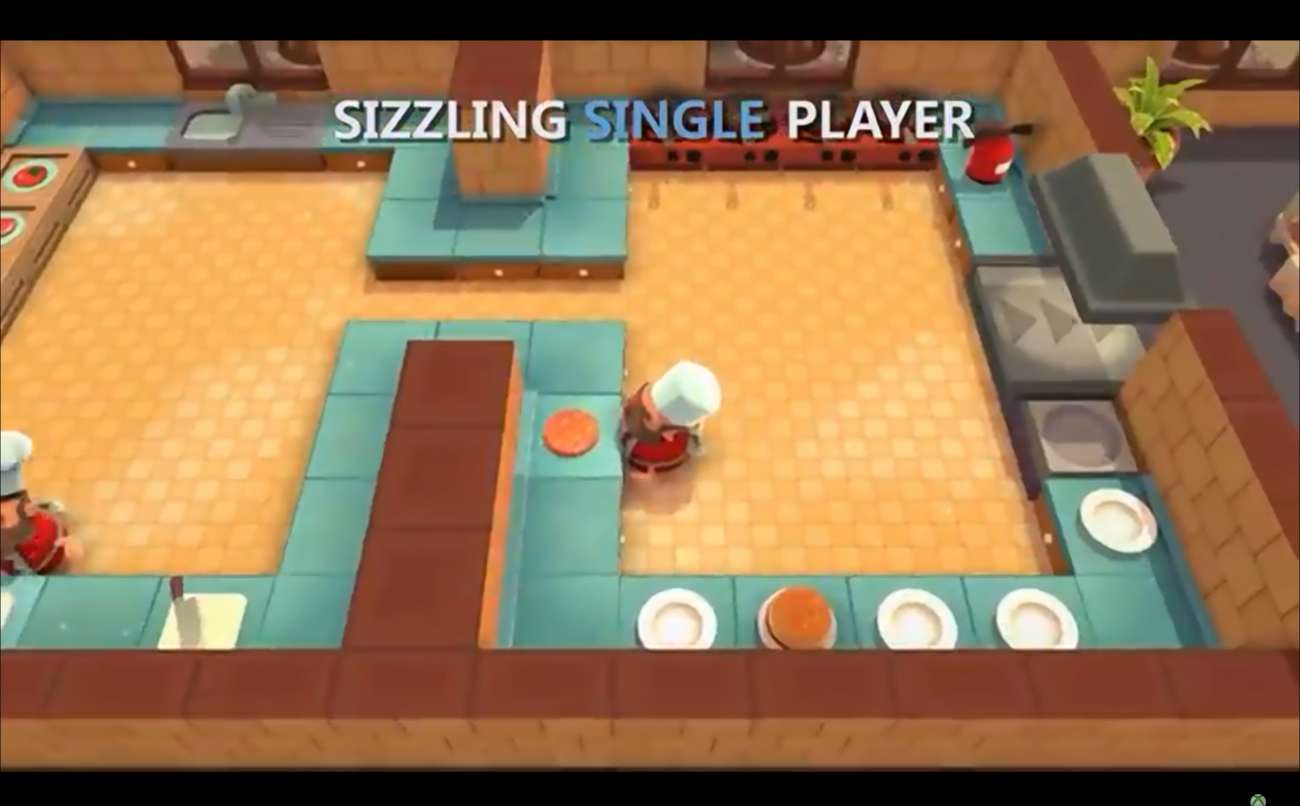 If you fancy yourself a great virtual cook, then you’ll want to head on over to the Epic Games Store today. That’s because for a limited time, the cooking sim Overcooked is free on the platform.

Now this isn’t an over-the-top cooking simulator that tries to replicate those intense cooking shows on TV. Rather, it’s a more family-friendly take on this subject matter. It’s light-hearted nature will reel you in right away though.

The premise is to simply cook meals for patrons, all while having to deal with different challenges. They can be pretty intense so don’t let this game’s charming visuals fool you. There will be times when you have to think on the fly and act fast to keep the restaurant’s patrons happy.

Overcooked is fun to play solo, but it’s with a group party where this game really shines. You and up to three others can join together to battle the cooking odds that are thrown at you one after another. Teamwork and communicating will be key to your team’s success.

Even though this game came out back in 2016, it’s still a joy to play today. You’ll have to remain on your cooking A game as the challenges and kitchen layouts constantly change.

In this way, Overcooked provides a lot of value to players. You’re constantly wondering what difficult task will be asked of you next or how the kitchen layout will be different. The diversity keeps you engaged and excited about what’s to come.

This game also doesn’t have complicated controls. You’ll just navigate your chef and press the appropriate buttons when the time comes. It’s the challenges that will throw you for a loop, especially when playing with others. If everyone isn’t on the same page, then expect to crash and burn often.

As you progress in the game, you’ll get to unlock different kitchen layouts and even new chefs. That should keep you driving forward cooking meals like a pro. Who knew cooking could be so much fun? The developer has created a fun world that is just as inviting as it is memorable.

Best of all, you don’t have to pay a dime. All you have to do is head on over to the Epic Games Store and claim your free copy. You have about a week to do so before the game is rotated out for another equally compelling title. Act now before it’s too late.

Sep 16, 2020 Chris Miller 17032
We called this one months' ago, and noted its slippery slope that it invokes to players as recently as yesterday; Epic Games Store isn't going to...

Sep 3, 2020 Harry Alston 16631
Spellbreak has been through multiple closed beta and demo periods and is finally ready to release today (September 3rd) on consoles (including the...

Aug 26, 2020 Joshua Goodpastor 7780
Popular strategy title Phoenix Point is proud to introduce its brand new DLC pack titled Legacy of the Ancients. This DLC release is one of the...