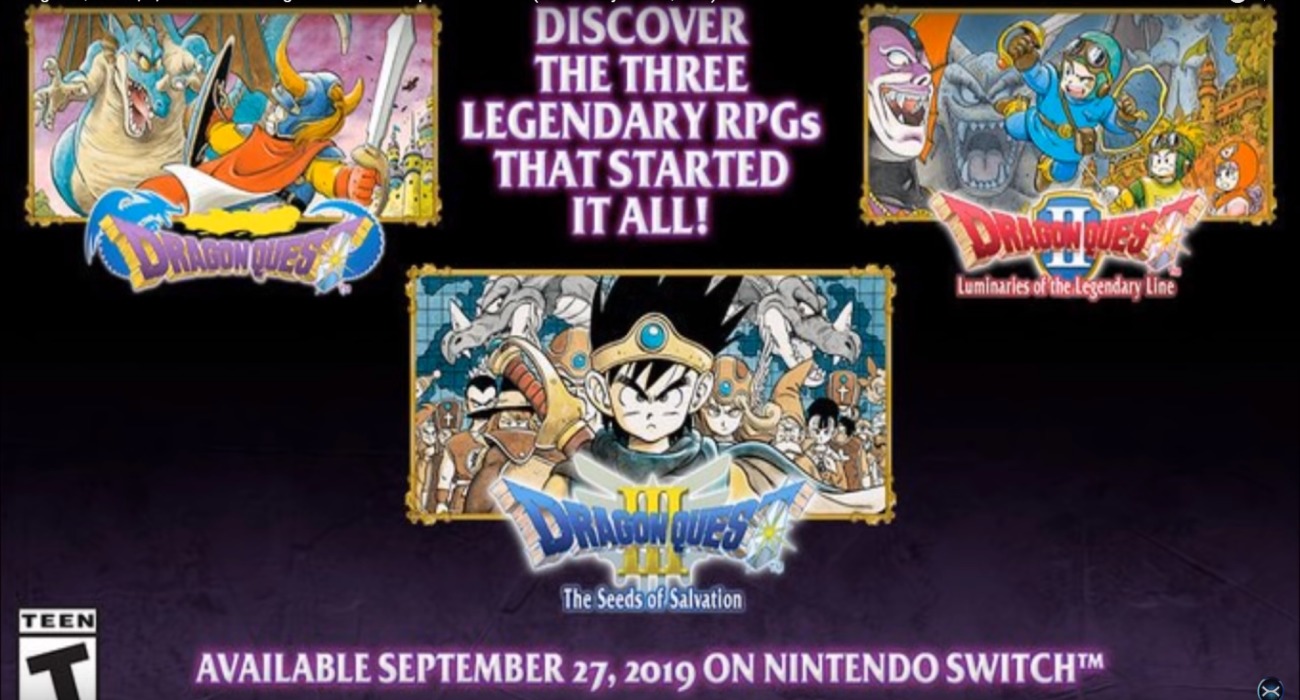 One of the more prominent Japanese RPGs to come out in the last couple of decades is the Dragon Quest series created by Yuji Horii. They’ve appeared across many Nintendo platforms, including the DS and 3DS. Now, according to recent reports, the series is heading to the Nintendo Switch. It’s an announcement worth celebrating if you’re into 2D pixelated graphics.

Better yet, there isn’t just one Dragon Quest heading to the Switch. The first three are debuting on the hybrid system. That’s an incredible trio of RPGs that will be available on the eShop as of September 27. Each one of these games is reasonably priced as well, ranging from $4-$12. They’re really not that expensive considering the amazing journeys and content each game provides.

If you’re not familiar with this series, every game pretty much has the same formula. You take on the hero role and set out on a quest to save humanity from evil monsters and threats. Along with you, there will be a cast of characters. In all three of these games, you’ll get to experience turn-based combat. These systems are very competent even though the games are a little dated.

The very first Dragon Quest hit the market in 1996. It set the genre up in a major way, leading to many great sequels and spin-offs. To date, there have been 11 main installments. That’s pretty incredible for any franchise. Yuji and his team deserve a lot of credit at making the combat mechanics flawless and upping each installment.

What’s particularly fun about the Dragon Quest games is they feature random encounters. You’ll be journeying through various environments and come in contact with all sorts of intimidating monsters. Upon contact, a battle sequence is initiated. You’ll have a bevvy of items and attacks to unleash, much like what you would expect in a Pokemon game. The visuals are very similar to the Pokemon franchise as well.

Additionally, these three Dragon Quest games won’t just be ports of the originals. They have — in fact — been upgraded visually and performance-wise. Thus, if you haven’t played these games in a while, experiencing them on the Switch may be the perfect way to go back through the series.

Every game in this collection has a distinct story that’s really easy to get behind, as well as an amazing assortment of characters. You’ll have the chance to save the world three times over if you get all three for the Switch.