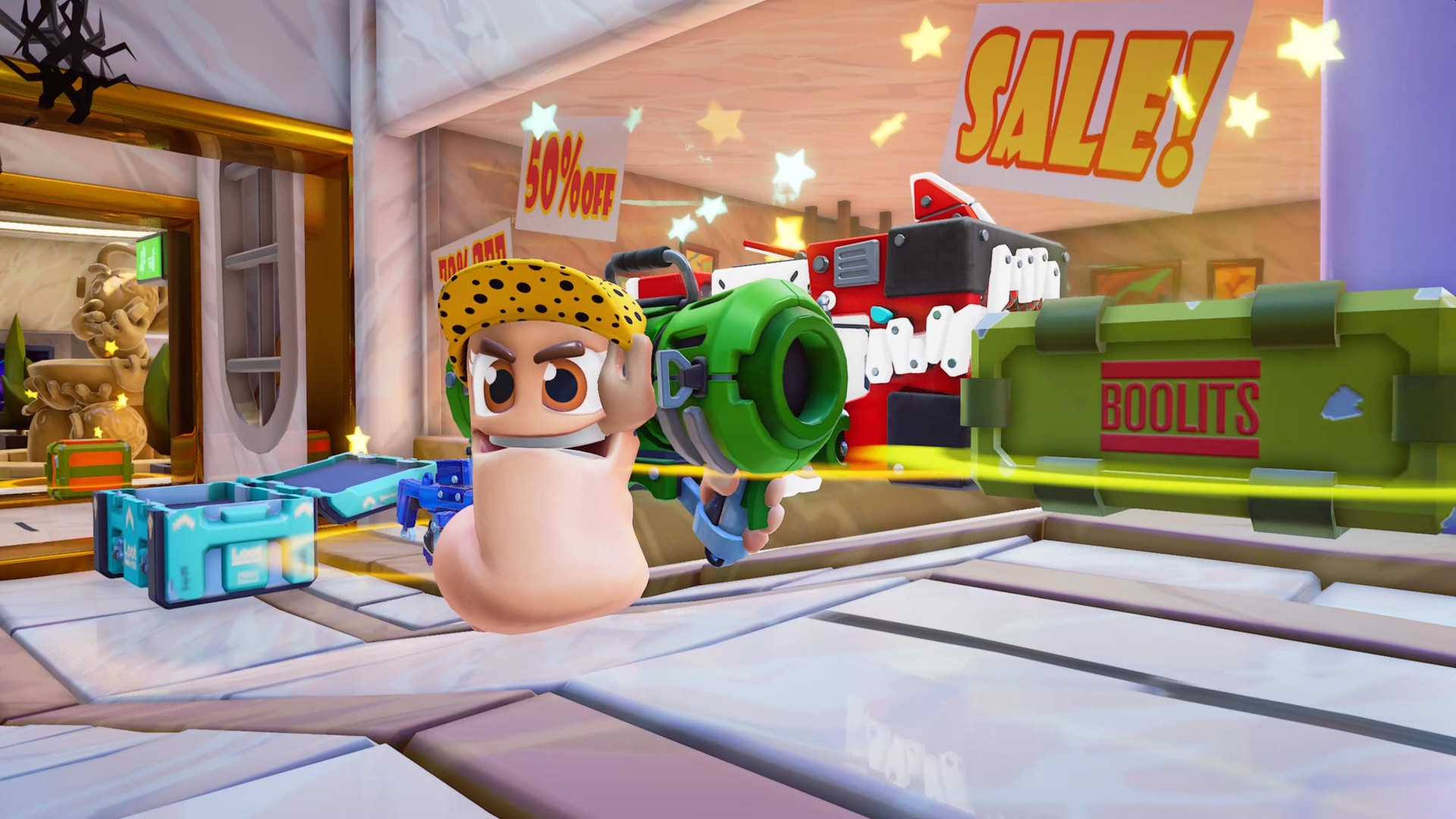 Team17 has announced the official release date of Worms Rumble. The game will be released on PC plus the PlayStation 4 and 5 this December. The announcement also contained information regarding a free open cross-platform beta that took place last week.

Worms Rumble is the newest installment in the long-running Worms franchise. For the first time, the game will take place in real-time, and players can jump into 32-player Battle Royal and Deathmatch modes. The multiplayer is cross-play across PC and PlayStation players, so more players can enjoy the action.

Fan-favorite weapons from previous games will also make an appearance, including the bazooka and shotgun. Players will have to defeat others if they want to climb up the ranks.

Team17 is also planning various challenges, plus seasonable events. But players can also experiment with various new ways to play in The Lab. Each week will have new experimental game modes to try for a very limited time.

Players will also get to customize their worm fighter with various accessories. The items include hats, helmets, glasses, and more. These items can be purchased by earning XP and in-game currency through battle.

Team17 is offering two versions of the game. The Standard Edition is around $14.99, while the Deluxe Edition is $21.99. The Digital Deluxe version comes with the base game, New Challenger pack, plus the Legends Pack premium DLC. This pack contains six outfits, six weapon skins, and six-player banners.

The open beta will include a training map, one arena, the Battle Royale modes Last Worm Standing and Last Squad Standing, plus Deathmatch. Players will get a variety of weapons to choose from, as well. Players will have the chance to play for two days, so Team17 can test the servers and hunt down any lingering issues.

Team17 recently released its official Discord server for the game. The server is an ideal place for players to find other competitors or join matches.

The exact release date has not yet been announced, but players can expect it sometime before the end of the year.

Worms Rumble launches on PC plus the PlayStation 4 and 5 on December 1.