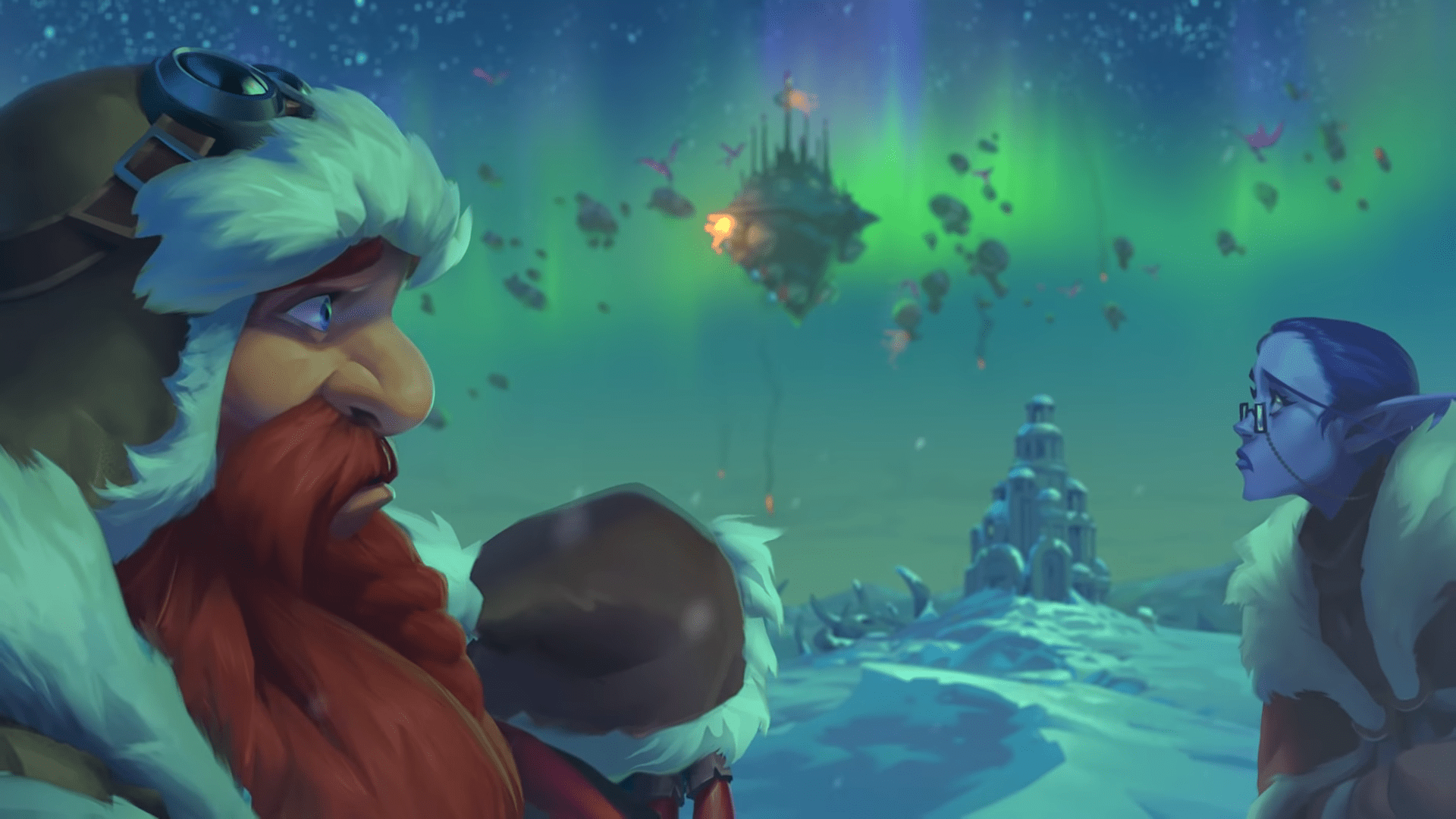 Hearthstone’s Year of the Dragons has been a rollercoaster ride for the players and the dev team. From the Rise of Shadows to our heroes saving Uldum, and now Descent of Dragons’ Galakrond is awakening, this year has been more successful than last year for the card game. Blizzard has been exploring the game’s lore as well as it tries to disconnect itself from what is happening in World of Warcraft right now.

To leave this rotation in a high note, Blizzard has reintroduced us to solo adventures that rewards cards. The Galakrond’s Awakening takes us back to Northrend for our battles to take place. From the Tombs of Terror adventure, Arch-Villian Rafaam dramatically escaped our heroes to resurrect Galakrond in Dragonblight. The latest episodes will feature two completely different endings, which players can choose. Option to battle beside the League of E.V.I.L. or the League of Explorers, players will get an abundance of new cards either way.

Update 16.2 is now live on PC with mobile coming later today and includes:

As a free taste, the Activision-owned company has given everyone free access to the E.V.I.L. side of chapter one. The goal is to protect Rafaam as he tries to resurrect the Father of Dragons from his tomb. In the first three encounters, crusaders will take control of NPCs such as Madame Lazul and the arakkoa Kriziki. The free version will have a final battle against the sharp Sir Finley.

As mentioned, the chapters reward exciting new cards for shaking up the current meta. A Paladin rare spell called Air Raid is the first reward. The card has the Twinspell mechanics and summons two 1/1 Silver Hand Recruits with Taunt. Second is the Eye of the Storm for Shamans. Cost at a hefty ten mana, the spell summons three 5/6 Elementals with Taunt and overloads the player’s three mana. Warlocks can Discover two class-specific cards with Twisted Knowledge, and Warriors gain access to Bomb Wrangler. The latter is a three mana minion that summons a 1/1 Boom Bot whenever it takes damage.

The right side of the campaign has four unique unlockable cards and three bonus ones.

The entirety of the adventure features a total of 35 new cards, 16 from E.V.I.L. and 19 from Explorers. The additional legendary cards are namely the Grand Lackey Erkh and The Amazing Reno. The latter is the newest Mage hero card that makes all minions disappear. His hero power is a passive that casts a random spell at the start of the player’s turn.

To gain access to the League of Explorers campaign of chapter one, fans will either have to pay $6.99 or 700 in-game gold. The pre-purchase of the full adventure is also available priced at $19.99. The card game battlers don’t have to wait very long as Galakrond’s Awakening releases next week.