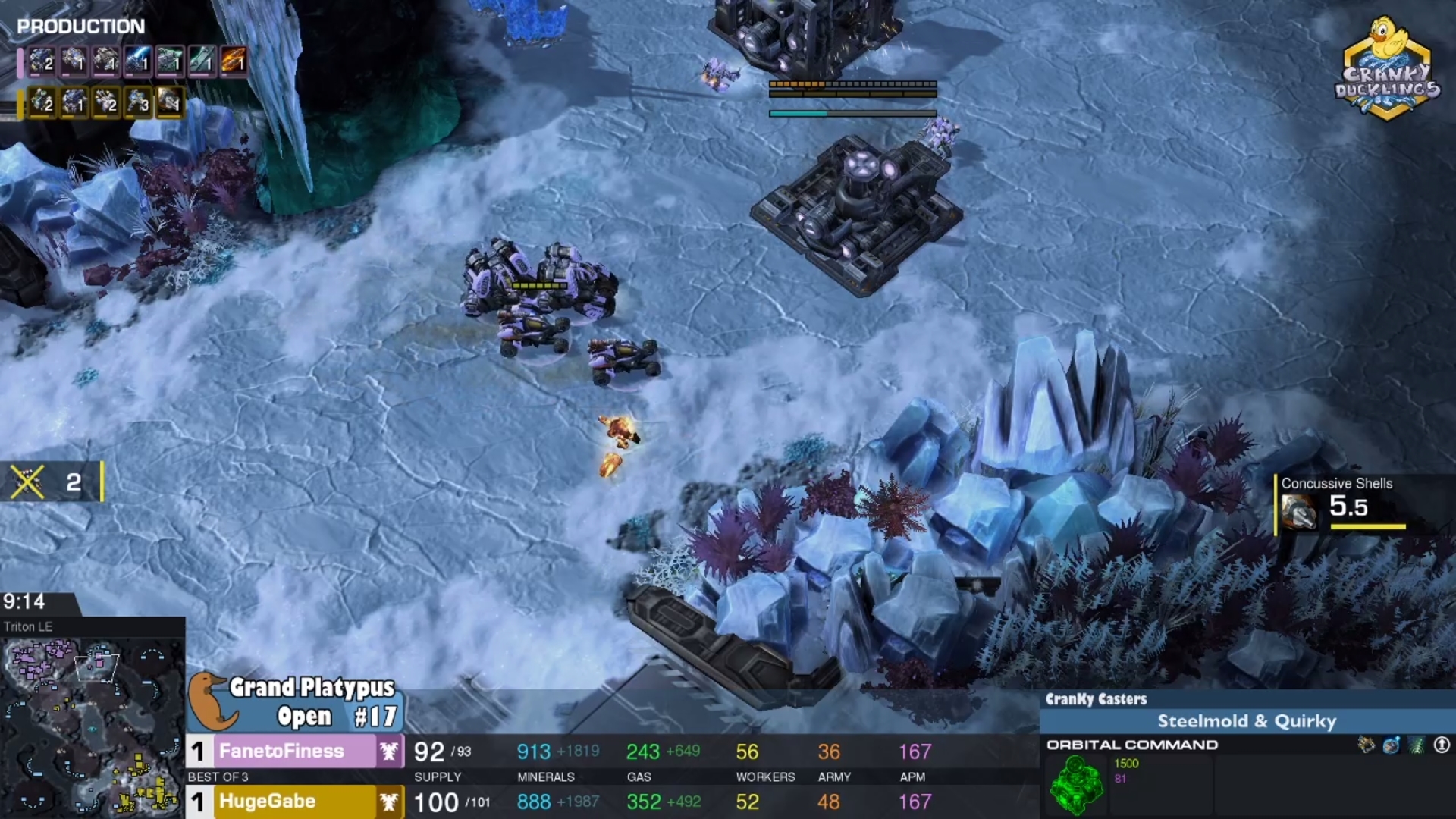 Cranky Duckling’s Grand Platypus Open tournament is back again with the seventeenth installment of the weekly competition. There are a handful of friendly faces that compete week after week as well as a few people that aren’t there quite so often.

The Grand Platypus Open is one of the many tournaments that Cranky Ducklings organize, with a valid player base that stretches across the SEA  and OCE regions. The tournament is primarily filled up with (relatively) amateur players, but they come every week intending to claim the crown and bring the victory home.

It’s been a bit of an open season with 2020 with 14-time champion Demi taking a bit of a hiatus, leaving the tournaments open for others. MeomaikA seems interested in filling that spot, moving in as a Zerg main right at the beginning of 2020.

This week, we have Steelmold and Quirky as the commentators with Kuro running things observation-wise. The tournament has the following contestants this time around:

The maps are the standard handful, including the LE versions of Ephemeron, Eternal Empire, Nightshade, Simulacrum, Triton, World of Sleepers, and Zen. In terms of progression, the tournament will operate in a 1v1 Single-elimination format.

You can support our tournament through @matcherino_ – using code "GPO17" https://t.co/Ea6O5Y7clD

It seems like we have a higher number of Terran mains, which is a certain departure from last week’s Zerg-heavy contest. Previously, we saw seven Zerg players, which was more than the three Terran and three Protoss players put together. Of those seven Zerg, MeomaikA, DrakenBlaze, and GogojOey are returning contestants. Joining them on the return are Azure and Aneto, both Terran mains.

Whoever claims victory gets a nice little bundle for their efforts. The most valuable thing up for grabs is the OSC points that go to the top four victors with first place taking 40 points, second taking 15, and 3rd and 4th both taking 10. Additionally, a small monetary prize is awarded to the victor, which increases as viewers donate to the Matcherino sponsor.

With the Terran-heavy tournament, it’ll be interesting to see who takes first. The lineup is without former champion Bistork, but seeing as last week’s tournament ended with a nervy finale between GogojOey and MeomaikA, we could end up seeing a repeat of the final. Perhaps MeomaikA will be able to claim the crown for the second week in a row? Or will this be Azure’s chance to finally claim a victory?

We’ll certainly be seeing a high number of Terran-Terran matchups given the lineup. Prepare yourself for a handful of Double-racks and Battlecruiser strategies. There’s a good chance a chunk of this tournament will end up being mech-heavy strategies that come down to whichever player is best at micro. Either way, we’re in for another excellent week of Cranky Ducklings competitive play.