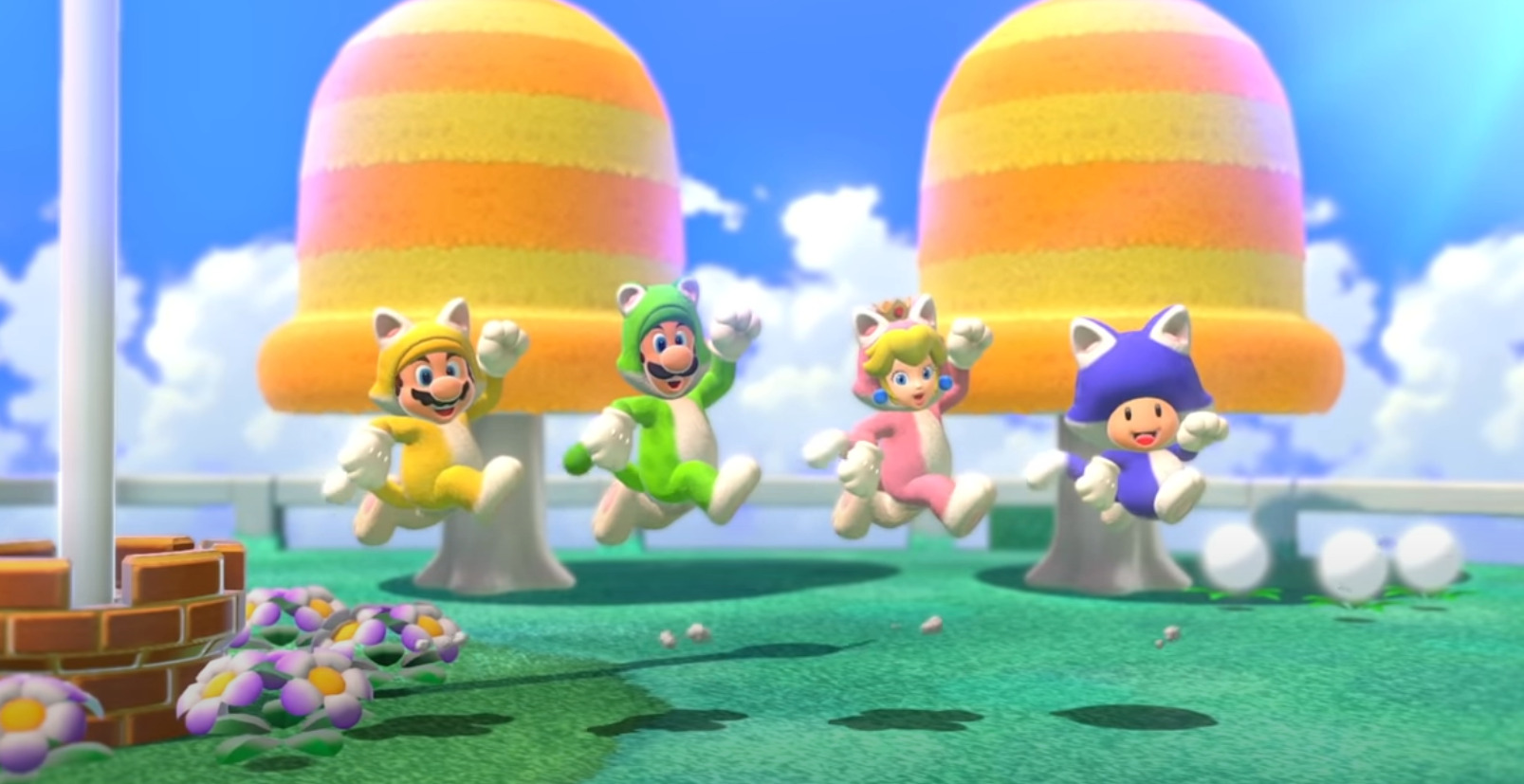 The narrator also wasn’t speaking Japanese or any other human language.

RELATED: Snack World: The Dungeon Crawl GOLD Is Coming To The Western World In February 2020 On Nintendo Switch

They were speaking cat.

Yes, you read that correctly.

RELATED: The Quirky Puzzler The Stretchers Was Just Released On The Switch; Was Published By Nintendo And Developed By Tarsier

*Translation*
Happy #NationalCatDay! To celebrate, we asked a professional "meow" narrator to let you know that Mario & friends are excited to pounce like cats when #SuperMario3DWorld + Bowser’s Fury arrives on #NintendoSwitch 2/12!https://t.co/VgTASqLGp6pic.twitter.com/EXsfq8A8P9

The narrator just meows constantly, with the lines being translated into English through subtitles on the bottom of the screen.

“Happy National Cat Day,” Nintendo of America said in a tweet that accompanied the trailer. “To celebrate, we asked a professional ‘meow’ narrator to let you know that Mario and friends are excited to pounce like cats when Super Mario 3D World + Bowser’s Fury arrives on Nintendo Switch (on) 2/12.”

It’s also going to have an additional mode that was not included in the original called Bowser’s Fury.

One of the main takeaways from Super Mario 3D World is the incredibly popular cat transformation. That’s coming back in the new version, but it will be slightly enhanced. Players will be able to climb higher in the Switch version while in the Cat form.

The game will also feature amiibo support for Cat Mario and Cat Peach figures that will be launching on the same day as the game.

The Wii U version of Super Mario 3D World only had eight directions for characters to move in. The Switch port does away with this restriction. The Player’s movement speed will also be increased, which means you’ll be able to get through the stages faster.

This is one of the releases that Nintendo has tied into the 35th anniversary of Super Mario Bros.

RELATED: Classic Oldies Langrisser I and II, Tactics Role-Playing Games, Are Getting Remakes In 2020

Then there was the free Super Mario Bros. 35 multiplayer game, which is available for anyone who has a Nintendo Switch Online account. The game allows 35 players to face off against one another, racing through stages from the original NES release of Super Mario Bros.

Ghost Of Tsushima Surprised Sony With Its Critical And Commercial Performance, According To PlayStation CEO