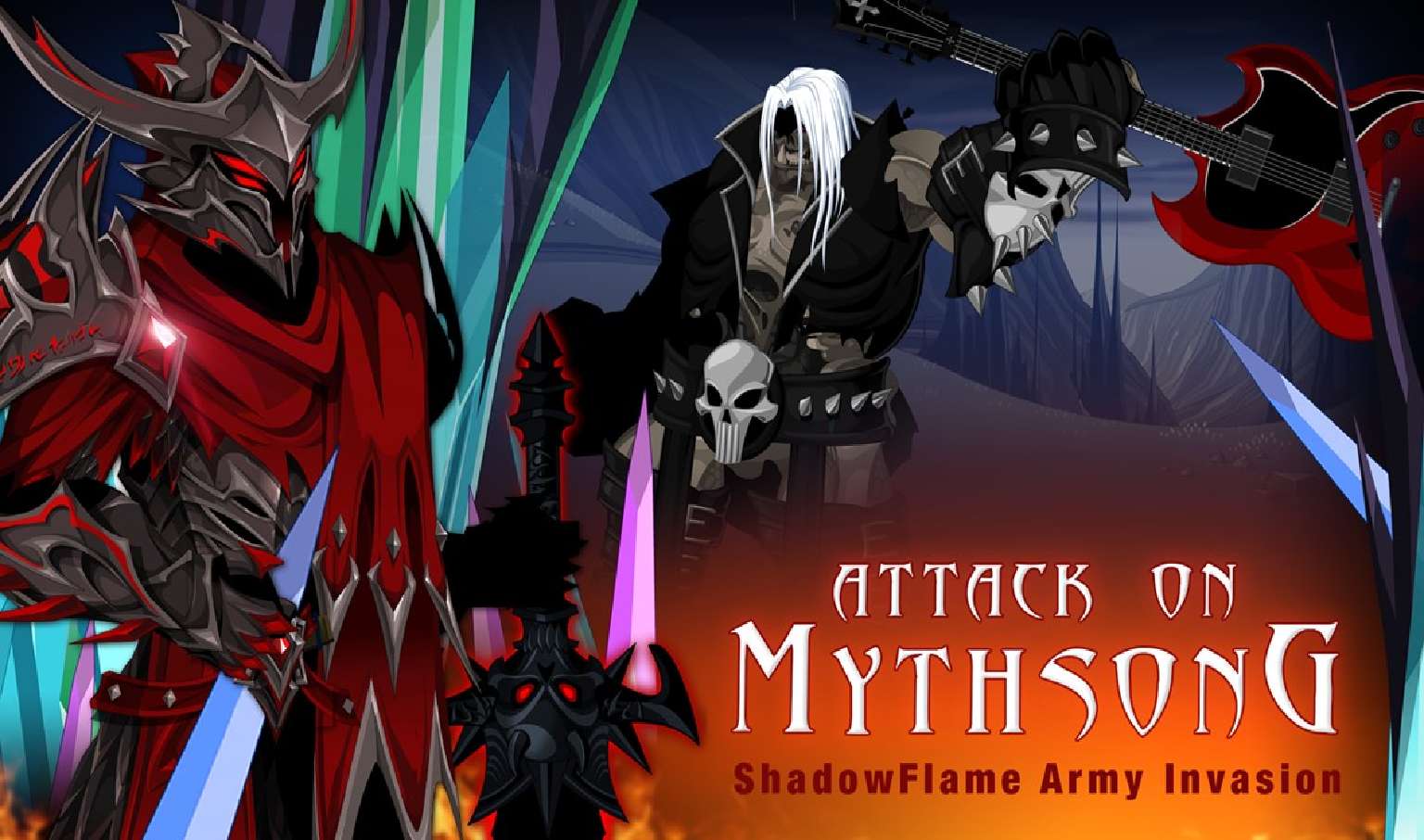 It’s time for war in AdventureQuest Worlds. And for that first one for the month of February, Malgor’s ShadowFlame Trolls are attacking Mythsong.

Wars are always large events in the Artix family of games. Players need to band together to battle waves upon waves of enemies to add to a global total. But in an MMO such as AdventureQuest Worlds, players can group together to take on these waves in real-time.

Wars also require players to complete extra quests, from going on scouting missions to defeating bosses to any number of things that the AdventureQuest Words team thinks is appropriate for the specific war.

This time, the Shadowflame Army has crashed onto the scene, wreaking havoc in the capital of Mythsong. Built inside a fertile valley, Mythsong Canyon is made famous for its natural acoustics and legendary Singing Crystals. Mythsong is also home to the annual music fest known as Lorestockapalooza.

During the Mythsong Shadow War, Malgor and his army of ShadowFlame Troll moshers smashing every crystal they come across as Malgor searches for a magical composition with the power to change reality according to his whim. Players’ goal is as follows; they will need to find the song before Malgor’s minions do and drive the invaders out of Mythsong, before the music stops… forever.

To get access to this war, players will need to head to “/shadowsong.” For every 25% on the war meter, 2 more quests will unlock. One quest will have pieces of the Shadowsong or ShadowCore Rocker armor sets. The other quest will have merge shop resources players can use to enchant their items, turning them into free color customizable gear.

Mythsong needs the help of the warriors of LORE. Players won’t want to miss out on this epic battle to protect the fabric of reality. BattleOn!

Mar 2, 2020 Sean L. Akins 4960
With March here, AdventureQuest Worlds releases a unique set for players to purchase. And this year, it's based on Dage's Art. In AdventureQuest...