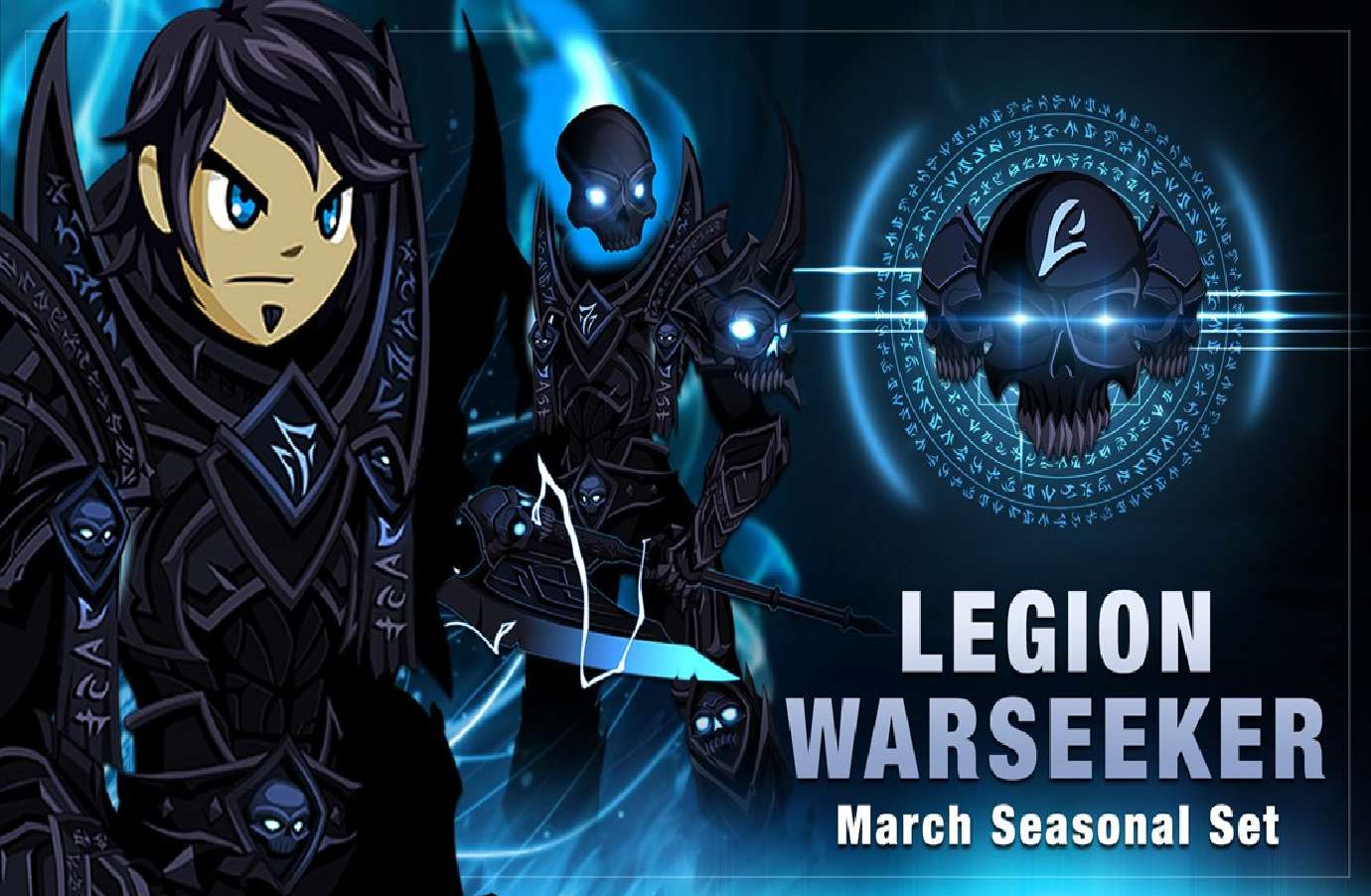 With March here, AdventureQuest Worlds releases a unique set for players to purchase. And this year, it’s based on Dage’s Art.

In AdventureQuest Worlds, March is the month of evil. Warriors around Lore channel their inner darkness, rage, and embrace the war-like spirit that lives within. This month’s seasonal set honors that drive, featuring a new set straight out of the Underworld: the Legion Warseeker.

Released on Sunday, March 1st at 12:01 AM EST, which is the server time, players can now unlock the Legion Warseeker armor and all its accessories.

Players can also buy the pieces individually from Garek the Traveling Gear Merchant in Battleon.

The total cost to buy all of the gear individually is 4,400 ACs, so getting all the gear from the pack saves 2,400 ACs.

The post about the March Season armor also mentions that each month, the AdventureQuest Worlds team features a new set, available only during that month every year. They’ve mentioned the season sets that they’ve released so far, as well as the ones still to come. So far, they’ve released the January Archfiend Overlord, the February Obsidian Samurai and this month’s Legion Warseeker. But coming in April is the Bio-War Cultist, the Lord of the J-Sixth and Lightning Lich Lord in May, the ShadowZard Mount and Rider in June, the Flameborn and Underworld Summoner in July, the Urban Assasins in August, the Celestial Naval Commander in September, the ChronoStriker in October, the Harvest Hunters in November, and the Northern Wanderer in December.

As always, the Legion Warseeker will return every March, so if a player can’t get it now, they’ll have a chance to get it the next year.

If a player wants only one piece of the armor set, they can talk to Garek in Battleon. He’ll be selling the individual pieces of the set through March 31st.

The Legion Warseeker armor set is only available for a limited time, so if you want it, log in, pick it up, and BattleOn!