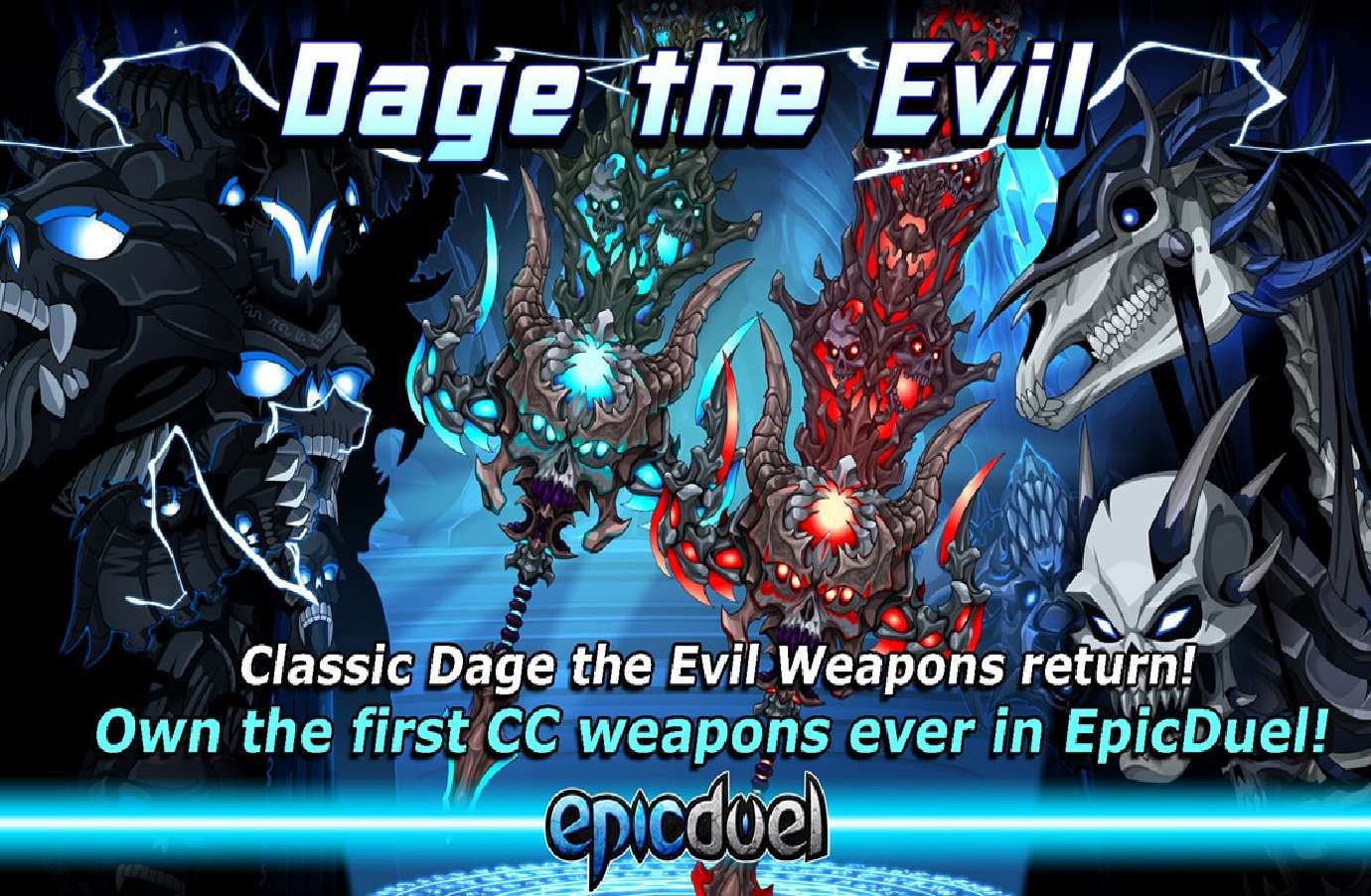 It’ time for the return of Dage-mas, and with it, a new assortment of equipment. And this year, they finally add something that’s been a standard of the other games, color customizable weapons, and armor.

The first things that came about in this recent update were several balance changes. The first was    Tactical Reload (aux and gun). It now has a  3 turn warm-up. The next was Intimidate (Blood Mage). This ability performs improves every 4 support.

The next one was Fire Rain, a buff that improves every 0.40 support. Also, Blood Commander’s Lifesteal was reduced to 55% of Strength from 65%.

And finally, the Memory Leak’s cooldown was increased to 4 from 3.

The next thing in the update was that Dage the Evil’s EpicDuel seasonal rares have returned a bit early this year.  Since there was no prior warning, this will be the player’s last opportunity to collect them before most of them go permanently rare. This change is live as of Friday, February 27, 2020.

Dage will also offer some revamped rare weapons representing a new feature to EpicDuel: Color Customizable Weapons. These weapons include the Dage’s CC Desolation P and Dage’s CC Desolation E. These two weapons are limited to 150 quantity each and will go permanently rare once they’re gone, though players should expect more CC weapons in the future.

The Epic Duel team has also created some Celtic Weapons. Artist Charfade is still hard at work vectorizing her latest masterpiece, and her set shaping up to be one the prettiest yet to ever grace Delta V.

They’ve also added some new achievements. First off, since the game is nearly at the 11 year anniversary of EpicDuel’s first Alpha release, everyone is able to collect the Eleven Year Alpha achievement in the achievement shop.

And for collectors who have been sleeping on the shop and need some more rating points to hit that next star tier, three achievements have disappeared as of this past Friday’s Update. These include the Big Game LIV, Australia Day 2020, and Black Mamba Forever.

Epic Duel is certainly living up to its name. So log in, check out this new stuff, and BattleOn!