It’s absolutely perplexing if you squint your eyes just right and ignore everything the community has requested; the experimental card that Blizzard has introduced to its team-based shooter Overwatch might already be deemed a failure.  To be fair, it’s a bit early in the life cycle of it to regard it readily as dead in the water, yet from Blizzards claim on introduction, that they wanted to see if it would fix DPS queue times from regularly being over ten minutes, it’s currently failing.

DPS queues in the newest Experimental Card are back to well over ten minutes for ranked play, resulting in everyone sitting idly while waiting to play; an experience that bodes poorly, obviously.  Yet it doesn’t necessarily take too much thought to figure out why the queue times reverted back so quickly.

The Experimental Card saw the 2-2-2 role lock switch to a 1-3-2 role lock, meaning one tank, three damage dealers, and two supports.  A small buff was granted to tanks, being that there would be no off-tank to help mitigate incoming damage.  The idea was that the singular tank would become the apex of a team fight, DPS queues would go back to acceptable times, and supports would have it a bit easier since everyone would be (generally) centrally located.

This turned out to be a pipe dream at best.

What actually happened was that the three DPS would simply instantly kill the opposing tank, and then frag each other.  This would occur numerous times; the tanks simply are far too squishy and low health to deal with the influx of three damage-dealing heroes all attacking them at the same time, along with two supports tossing in their damage when they had the opportunity. 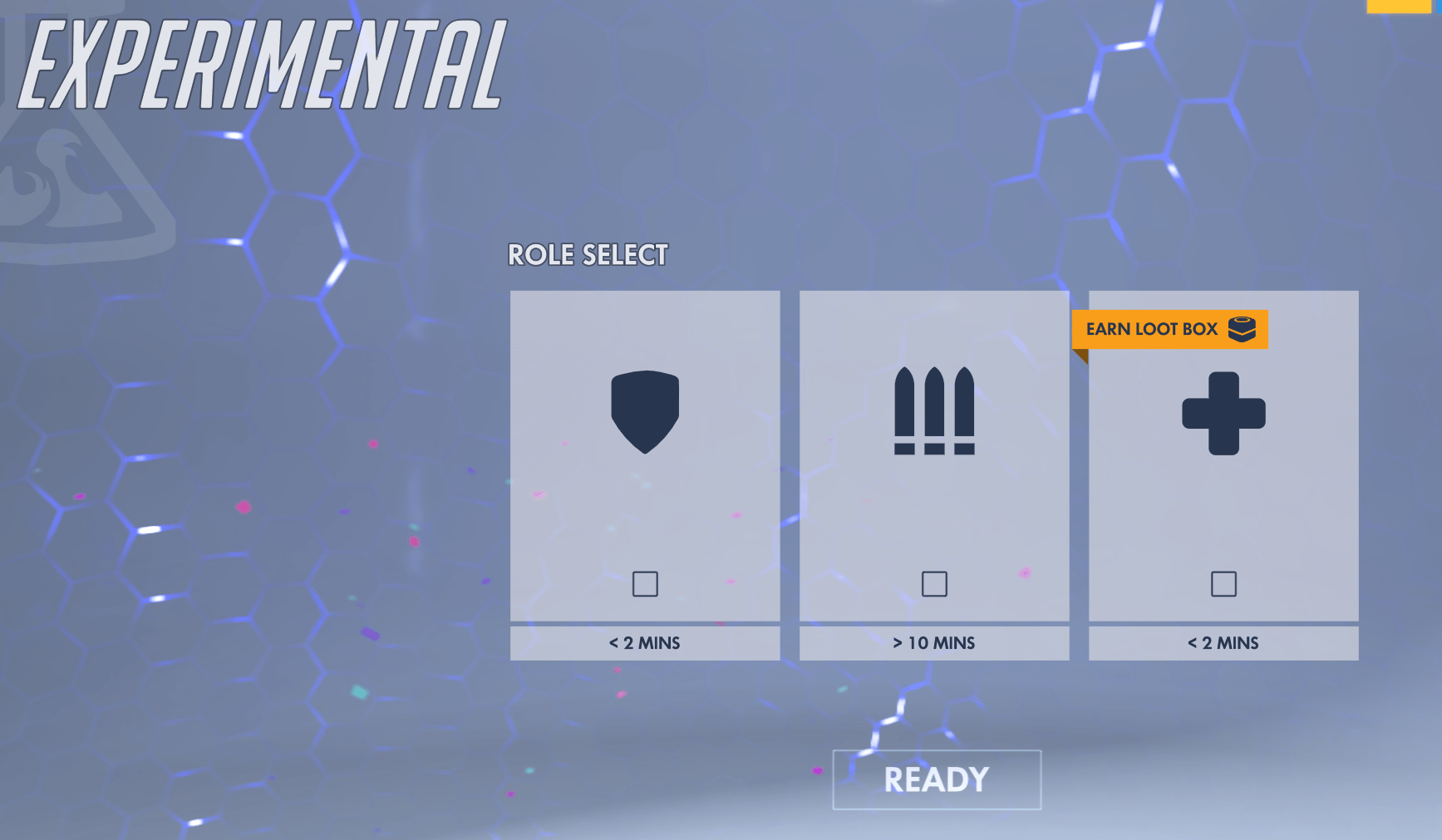 Once again, the game turned from a team-based first-person shooter into ‘kill the squishies’.  Which, and hold your breath because this might come as a shock, the squishy players don’t really get to enjoy.

Players are finding little happiness (outside of DPS players, of course) in queueing time and again to just be deleted ad nauseam in every match they play.

Instead of the hopes that tanks would turn into raid bosses that would require teamwork and coordination to bring down, they’re simply existing in the fray while the DPS strafe across maps having what appears to be the time of their life.

Blizzard could still arguably turn it around; buffing their tanks so that they can withstand the additional 50% damage increase that they have to swallow while still dictating fights would be a adequate first step.