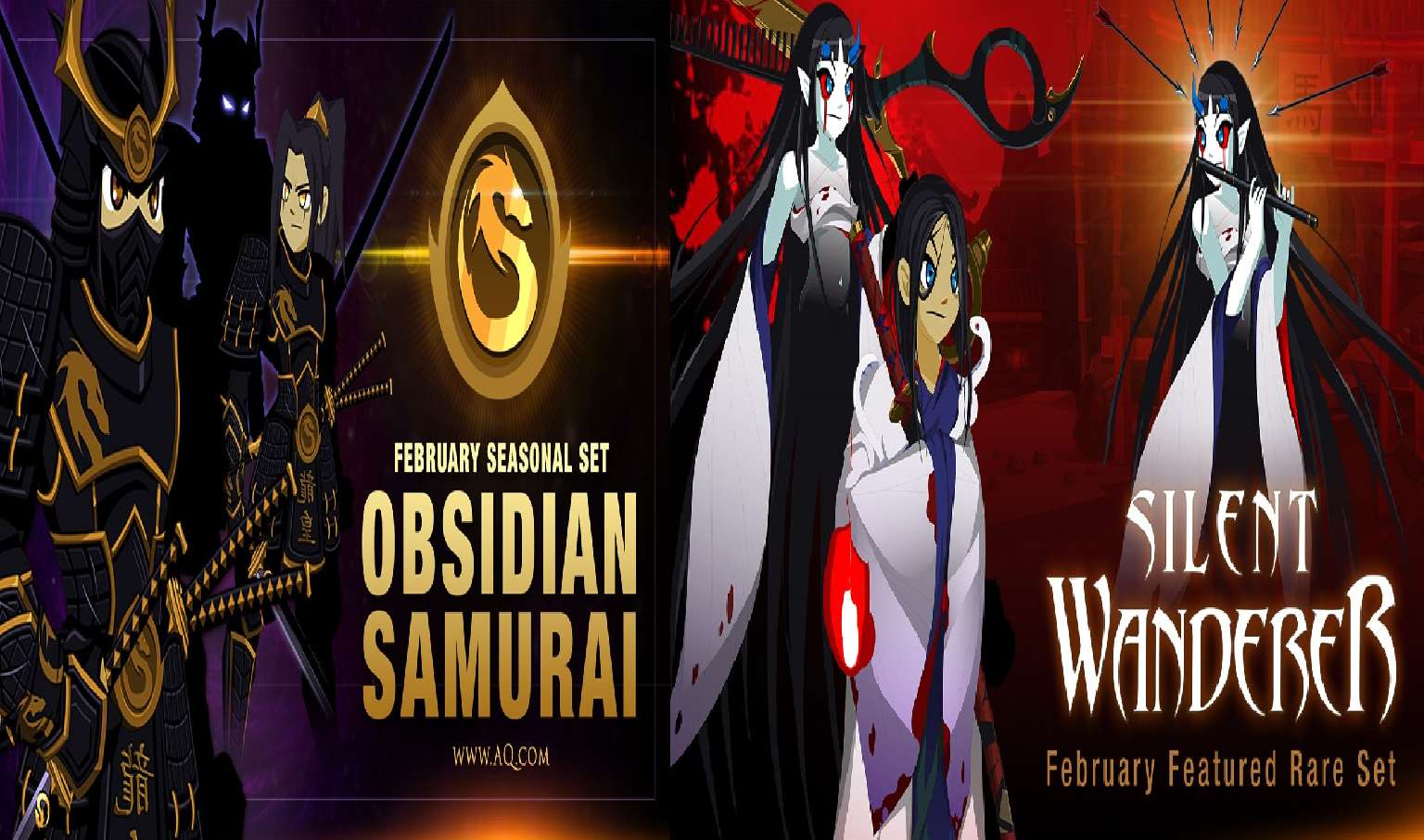 AdventureQuest Worlds moves forward in the new year, and that means new gear sets. But since this is February, this means the return of a limited-time armor.

This year’s new featured gear set is the Silent Wanderer Set. This set was crafted specifically for players as both the developers and fans party through the Yokai New Year celebration. As with all limited-time items, the pieces of this terrifyingly beautiful set will be available until February 28, 2020, before it goes rare forever.

They’re also bringing back the Obsidian Samurai Set.  This set is available every year from February 1st – 28th and has a price of 1,000 AdventureCoins. It has an Artifact Rarity level of rarity, and has a description of “Yokai’s Royal family has had a long time of samurai warriors to defend and protect them in times of battle.”

February also brings in the Valentine’s Day analog known as Heroes Heart Day. The earliest reports are that Heroes Heart Day began in DragonFable in 2007. The DragonFable variation’s last version was in 2018, but AdventureQuest Worlds picked up the event in 2009.

Heroes Heart Day brings about a lot of pink decorations and hearts, as players would expect from a Valentine’s Day event. The Moglins come out to spread love and “hearts”, and something always happens to cause chaos. Whether it’s because the Friday the 13th happens during the Heroes Heart Day event, Zorbak the Ebil Sorceror creating some kind of necromantic chaos for players to deal with, to last year’s quest to gather an ancient item, Heroes Heart Day always brings about fun times for players of all the Artix Entertainment games.

Information on this year’s Heroes Heart Day has yet to be released by the Artix team, but players know that the team is having fun writing, drawing, and modeling for the quest returning to the AdventureQuest family of games.  At this point, players can speculate, but one thing they do know is that there will be a lot going on when the event finally rolls around once again.

February is an interesting time for the Artix Entertainment family of games, and players of AdventureQuest Worlds will enjoy what’s to come. They won’t want to miss out on the unique items and events to come.