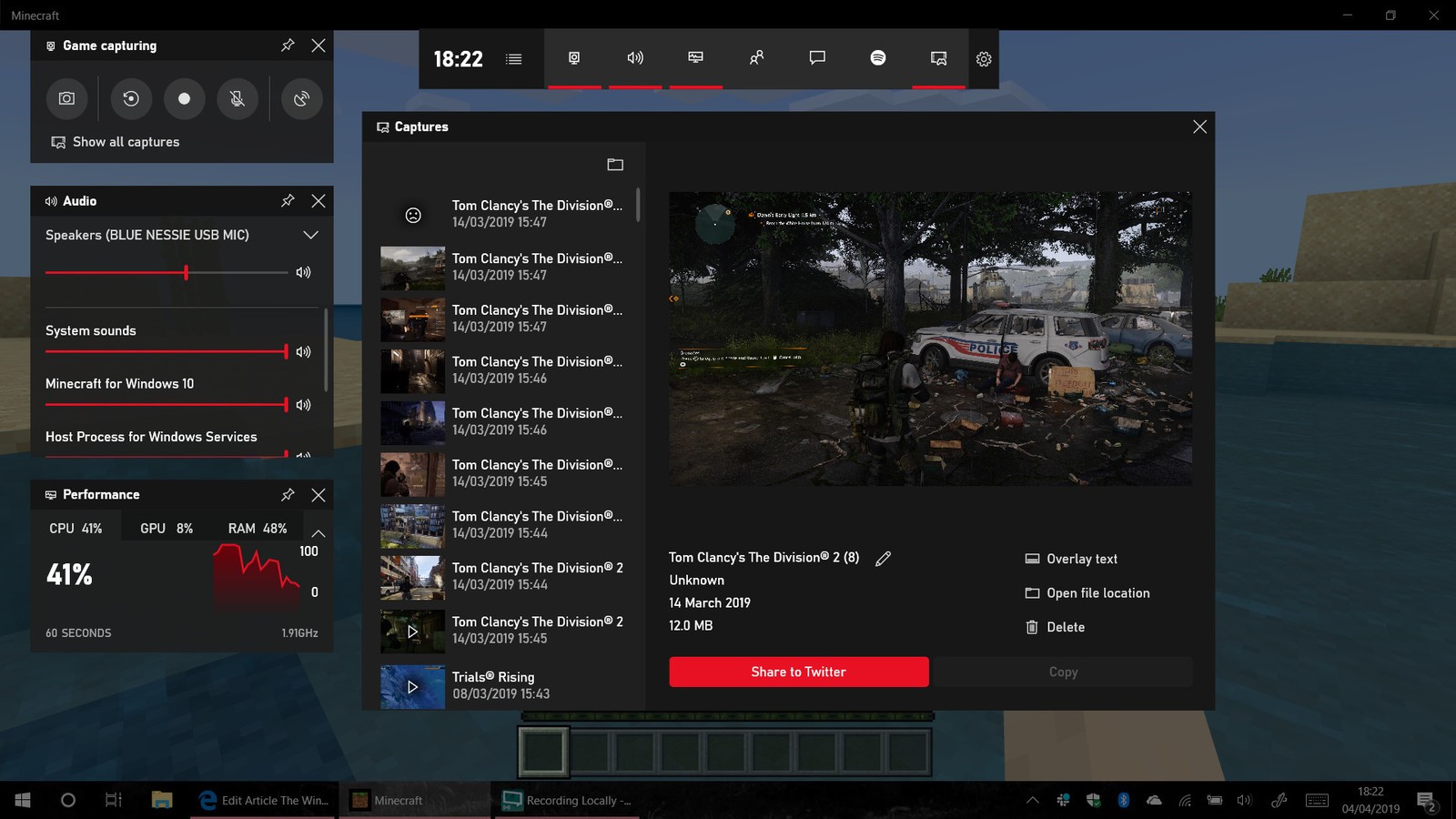 Microsoft is pulling all stops to make players fall in love with its Game Bar. For the unfamiliar, it is a tool built into Windows which allows players to capture screenshots and videos while gaming.

This has been an exciting development for gamers, giving them more room to creatively play around.

This time, Microsoft is introducing more social media features to the Game Bar. These include a Spotify widget and tools to create memes. With the meme tool, you can add outlandish text to your screenshots to spice them up.

Imagine the reactions you would get from friends by adding ‘Need for Speed’ to a screenshot of your Forza car?

With these improvements to the Game Bar, Microsoft continues to address the artistic needs of its users.

The company is adding more widgets to the overlay that would allow players to do more than just record gameplay. With the Spotify widget, you can play games while listening to customized music without changing applications, according to PC Gamer.

On the other hand, a new widget for chat will bring together friends on your Xbox list. This will allow you to send them messages, know the games they are playing or songs they are streaming.

The best thing is that you have the freedom to customize the layout of widgets and hide those you dislike.

The latest Game Bar update also enables players to pin the widgets they want above the game screen. They can do this when the overlay is hidden, letting them watch co-players while gaming or running a performance overlay. These add-ons are expected to make your gaming experience more interactive.

The downside, however, is that these social media features can only be accessed on Microsoft services at this time. But this restriction might only be temporary.

According to Xbox executives, an Xbox Live Friends session will be held during the launch of the new features. The session will be an opportunity for the company to gather feedback from players.

With the latest Windows Game Bar updates, it is improving Xbox-PC integration on Windows 10.

Players will notice that the enhanced bar features overlays that are quite similar to the GeForce Experience of Nvidia, The Verge reported.

Among the other innovations included in the bar is the Spotify widget, which allows users to play songs while gaming.

A widget has also been added to control game output and volume, we well as keep track of GPU, CPU and RAM performance. The Game Bar can be accessed by pressing the winkey+G key in Windows 10.