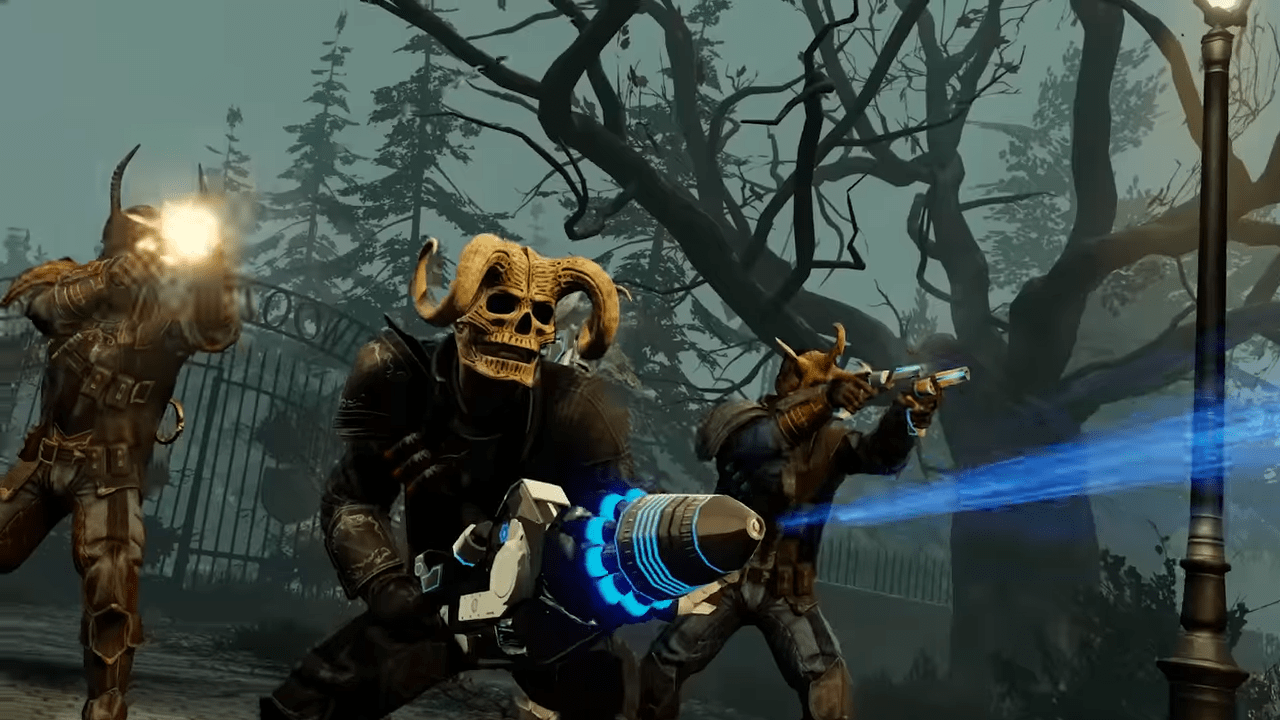 The first-person shooter Killing Floor 2 received a new update on Monday, and with it came a lot of new things. That included maps and a bunch of bug fixes. It now plays much better and there are plenty of new goodies for returning players to check out.

If you haven’t yet experienced the intense action of Killing Floor 2, this weekend is your time to shine. It’s getting a free-play weekend on the Steam platform. That’s right. For absolutely nothing, you can see why people have flocked to its 6-player co-op design in droves.

As you’ve probably already guessed, the game is about killing, killing, and some more killing. Since releasing on Steam, it has received high marks for visceral gore, the plethora of weapons, and its unique enemy variety.

The story revolves around an outbreak that has spread throughout most of the continental Europe. Everything has fell by the wayside, including the government and military forces. Luckily, there’s a group of surviving citizens doing everything they can to keep the fabric of society together.

You’ll get to put your survival skills to the test against the infected, which have grown stronger and smarter since the original.

The gameplay can be best described as fast-tempo, non-stop action. You’ll have to be quick on the trigger and come up with some sound strategies as a collective.

There are numerous ways to approach combat thanks to the refined perk system. Do you take a more direct approach with a sword or do you sit back, picking off enemies from afar? That’s completely up to you.

Either way, you can look forward to epic slaying and shooting opportunities around every corner. The recent update makes Killing Floor 2 that much better and you can see what it’s all about this weekend.

All you have to do is head on over to Steam to claim your free download. And if you like what you see, the game will be heavily discounted for a little while longer.

There are a lot of first-person shooters on the marketplace, but Killing Floor 2 has a unique flair that even casual first-person shooter fans can appreciate. It’s great to see it keep getting better too thanks to the tireless work from the people at Tripwire Interactive.

This free-play weekend won’t last forever so if you’ve been itching for a unique take on a popular genre, Steam is definitely the destination for you these next couple of days.

Resident Evil 8: Village From Capcom Now Has An Official Trailer

Jan 18, 2021 Kenny Kimberly 18830
Tripwire Entertainment's Killing Floor 2 has a sizeable cult following always excited to cut down more zombies, demons, and whatever else the game...

Jul 9, 2020 Jeremy Green 7990
The Epic Games Store is at it again with their free offerings. This time, it's a trio of great games. One of these includes Killing Floor 2 by...