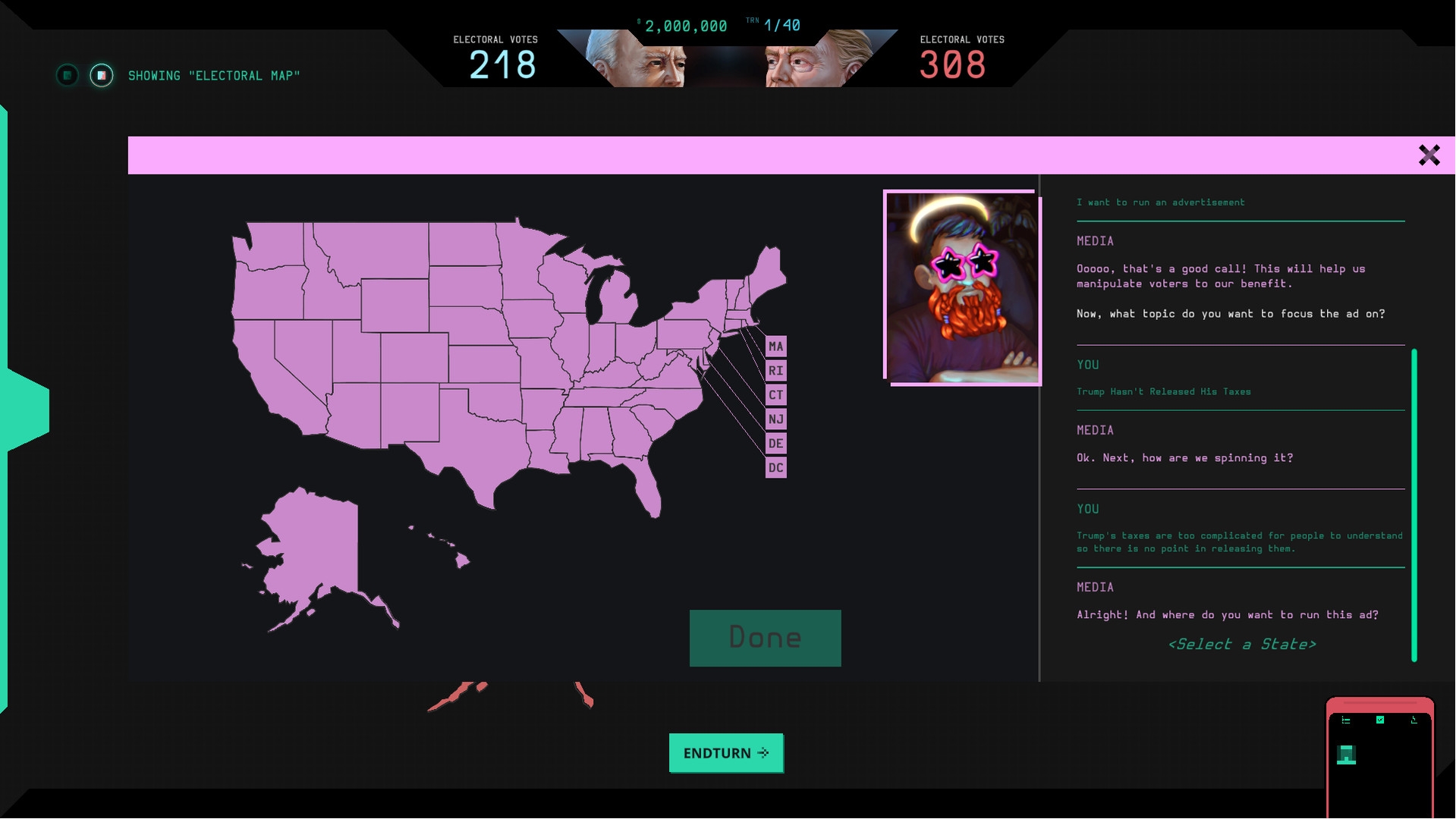 Publisher and developer Cosmo’s Tuxedo has announced Electioneering, a turn-based strategy game focused on the 2020 US Presidential Election. The game will first enter Early Access on Steam before its full release.

Electioneering is a strategy game set during the 2020 US Presidential Election. The US map is covered by the Fog of War and will slowly reveal itself as players progress. The game does not attempt to sway the player in any direction but only shows them how the election process works. Of course, Electioneering has no influence on real-world politics and is only meant to be a simulation game.

Players take on the role of the Electioneer, a person who is developed to win votes for the candidate of their choice. It’s been four years since the last election, and now the player has to help their candidate. The world is watching, but the Electioneer is working behind the scenes with more devious intentions. This may mean manipulating information to turn the tide of battle.

The Electioneer is given a list of contacts and a weekly stipend to complete their work. If the Electioneer gets caught, then the higher-ups will cut all ties and pretend they never knew them. The stakes are high not only for the Electioneer but also for the country.

Some real-world events also happen in the game, such as the current COVID-19 situation that may make some voters feel like they should stay home or the spread of the virus among famous politicians.

Players have access to a variety of agents, from a Social Engineer, Researcher, Hacker, and more. The cast is all hand-drawn with 2D pixel graphics. These characters can hack the candidate’s computers and access future plans to help the Electioneer.

It’s up to players to watch the events unfold and buy ads or create other content that may sway indecisive voters into supporting their candidate. The game’s screenshots show that the game is heavily aimed at engaging through text only. There are minimal graphics used, and most of the focus will be on the ever-changing US political map.

Electioneering is a response to all the mounting evidence that the people voting in the elections in the United States are having trouble getting the facts.

The game is expected to stay in early access for at least three months, while the current 2020 election is still relevant. This means the game will likely be out before Inauguration Day in January 2021. 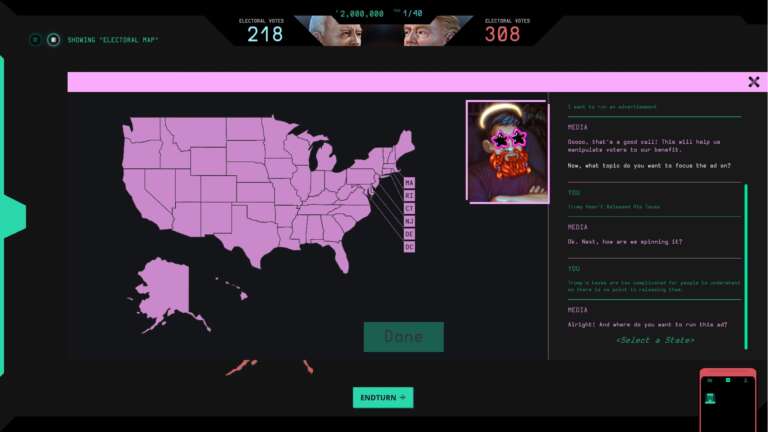 Oct 19, 2020 Lisa Nguyen 3600
Publisher and developer Cosmo's Tuxedo has announced Electioneering, a turn-based strategy game focused on the 2020 US Presidential Election. The...