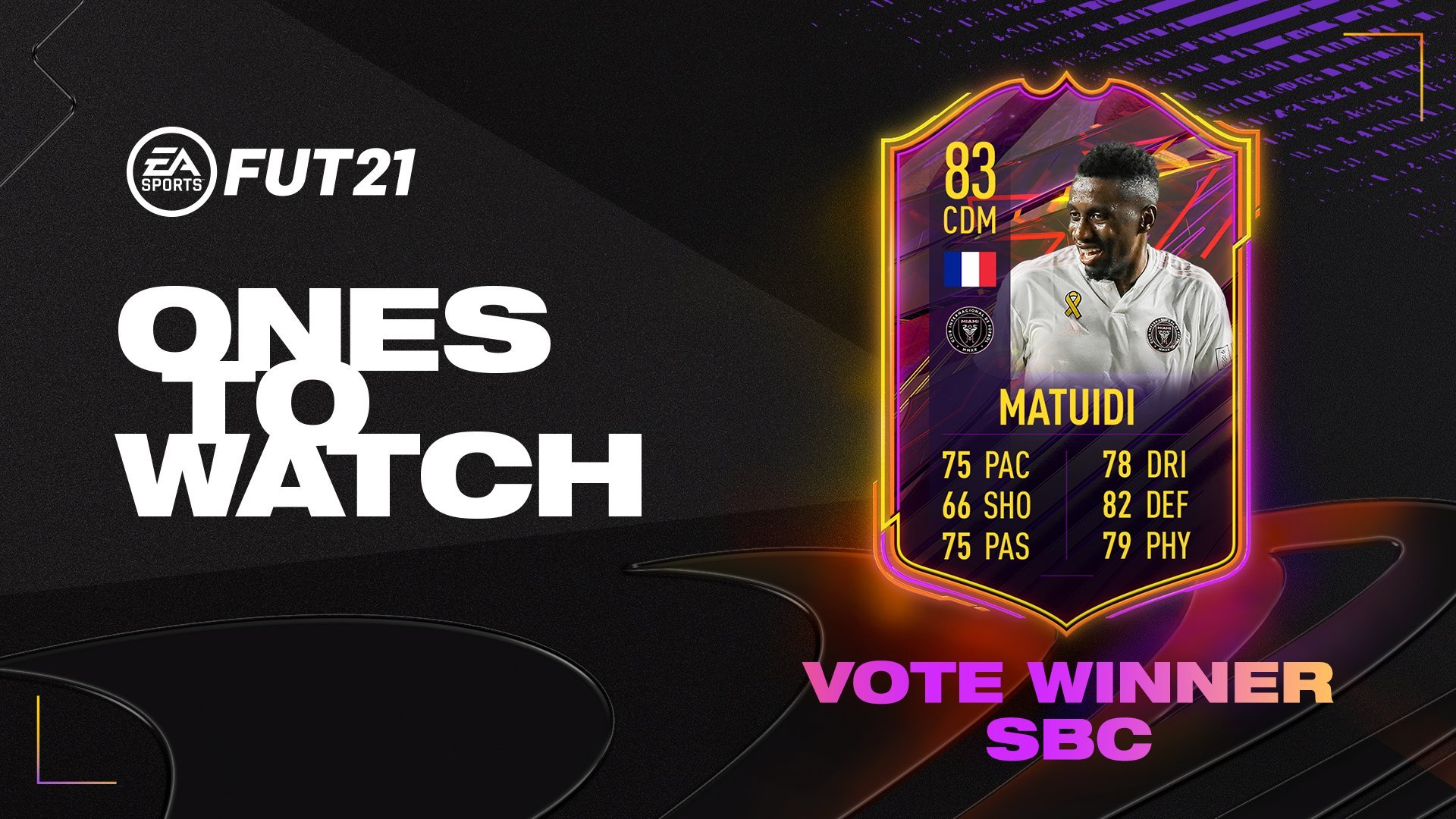 Blaise Matuidi, a former midfielder for Juventus, now plays for Inter Miami in the MLS, a club co-owned by David Beckham and others. To celebrate the move, there’s a new OTW SBC available in FIFA 21. The card is pretty cheap, and although Matuidi is a holding midfielder, due to the league he currently plays in he may get quite a few in forms.

To get the card you’ll need an 83-rated squad with one French player. This makes the card very affordable. Even though Matuidi plays in a league that is quite hard to link, he is French, which is much easier to link with other decent players.

A runaway winner! 🇫🇷👊@MATUIDIBlaise is your MLS Ones to Watch community vote choice. His SBC is available now in #FUT21 pic.twitter.com/7aSFZ2Hlgj

Matuidi’s card is also pretty great and quite likely to receive upgrades throughout the year. His stats are very well-rounded, with decent pace, passing and dribbling and excellent defending and physical stats. Here’s a closer look thanks to FUTBIN. 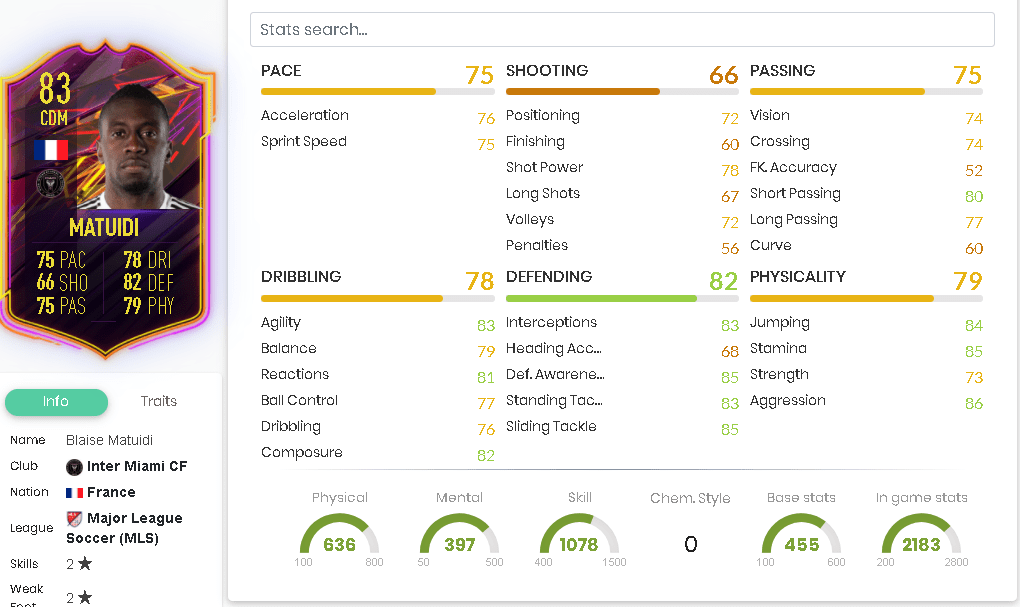 There are a few standouts from Matuidi’s stats. First, the negatives. He’s only 2-star, 2-star. While this isn’t as important for a CDM as it is an attacking player, you might notice the poor weak foot when trying to pass. Skill moves are also pretty important in FIFA 21, and while the essentials can be done by a 2-star player, you might still notice some issues.

Next up, his pace. Pace is arguably more important than ever in FIFA 21. While it’s not completely crucial that your CDM has a lot of pace – cards like Rodri and Casemiro have actually performed very well for me this year – it does come in useful if your opponent is pace abusing.

In terms of positives, Matuidi has decent defending and physical stats, as well as pretty high defensive awareness (theoretically an important stat this year.) His passing is also pretty decent for a CDM.

With one or two upgrades in the coming weeks, this Matuidi card could become very good. Although it could provide a strong backbone for an MLS team, it’s more likely you’d use Matuidi to link to other French midfielders.

Overall, is this SBC worth doing? Yes. With the potential of a few upgrades over the year, you’d be getting your hands on a high rated card for around 25k (what the SBC is coming in at, currently). Overall, I’d give this SBC a 6. It’s not necessary you do it, but it’s probably worth it anyway.