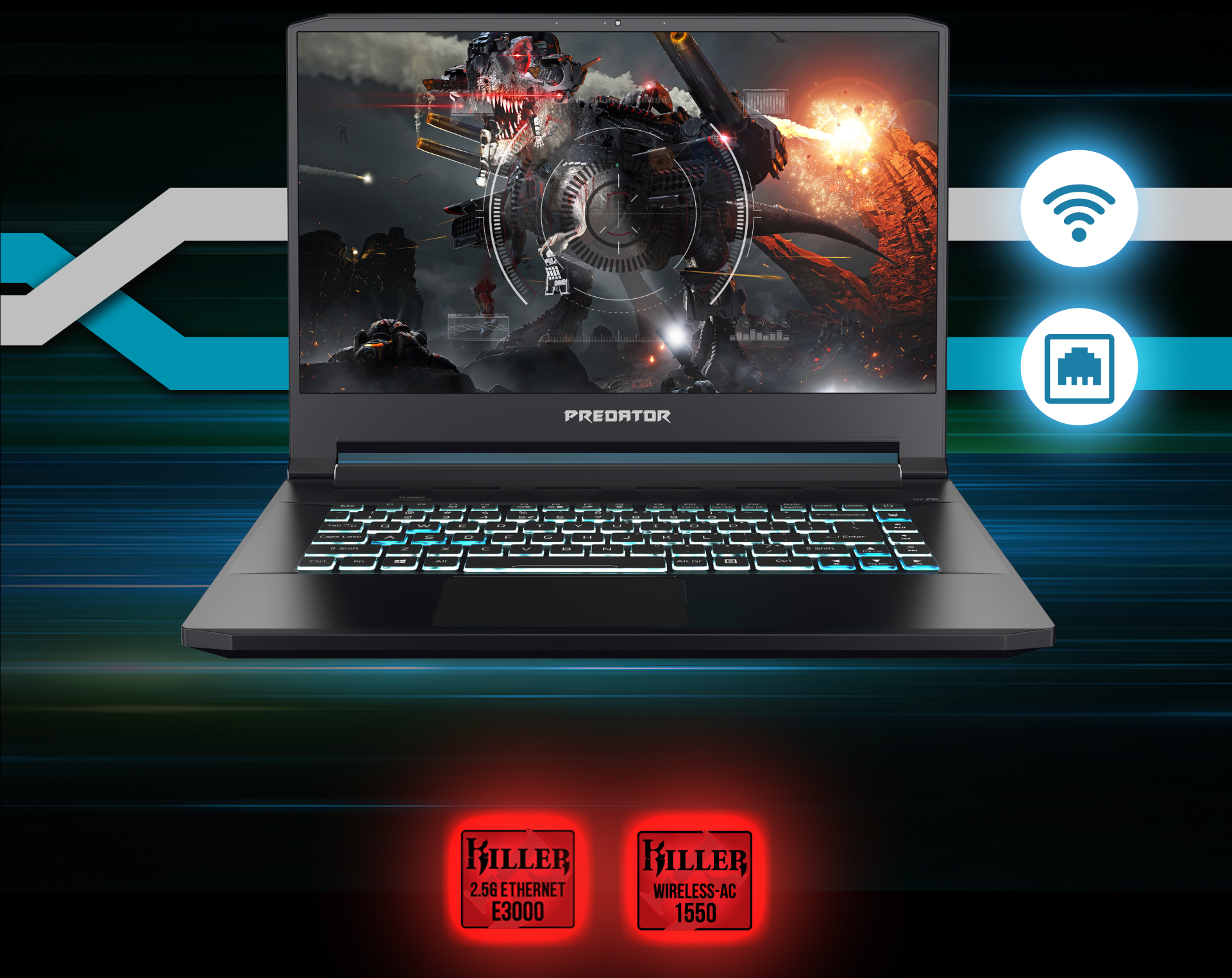 The IFA 2019 has hardly begun, but already, the ‘world’s first’ wars are getting intense. Taiwanese manufacturer Asus boasted about having the world’s first 300Hz laptop – the Asus ROG Zephyrus S GX701.

But then, their American counterparts Acer had already unleashed an upgrade of the Acer Predator Triton 500, which also sports a 300Hz display.

The new Acer Predator Triton 500 comes with a 15.6-inch FHD IPS Panel for 1080p gaming. The 300Hz refresh rate and 3ms response time make it an excellent deal for games that require accuracy and precise action. The NVIDIA® G-SYNC® compatibility, on the other hand, guarantees smooth gameplay without screen tearing, stuttering, or motion blur.

Much of the design is owed to the original Predator Triton 500. Covered in an abyssal black metal finish, the new Triton features a thin 17.9 mm chassis and weighs just 4.6lbs. The LED-lit cover lights up complementing the 3-zone RGB customized keyboard.

Now, to get the most out of the 300Hz display, Acer Triton 500 has the revolutionary GeForce RTX™ 2080 Max-Q 8GB GDDR6. With this GPU, you are guaranteed the fastest, realistic, and AI-enhanced gaming visuals. This GPU also supports Ray-Tracing, a technology which brings out the best of the latest AAA titles, for example, Control.

During those long and intense gaming sessions, cooling is also an important aspect. You can never go wrong with Acer’s 4th Gen AeroBlade™ 3D Technology. It drastically reduces noise while enhancing airflow for efficient cooling.

When it comes to online gaming and streaming, the Killer’s E3000 Controller, Wireless-AC 1550 and Killer Control Center 2.0 guarantee low pings. This ensures you are always on the competitive edge during those adrenaline-filled battles.

As for connectivity, the options are unlimited. You get one Mini DisplayPort (mDP), a USB-C™ Thunderbolt™ 3 and HDMI. Together with the laptop’s screen, you can set up to four displays to showcase your gaming exploits to those around you.

Unlike the Zephyrus S whose price is still unknown, Acer has revealed the price of their 300Hz Predator Triton 500. The slim 15-inch laptop will start from $2800. Regarding availability, Acer says it will be available in the US sometime in December.