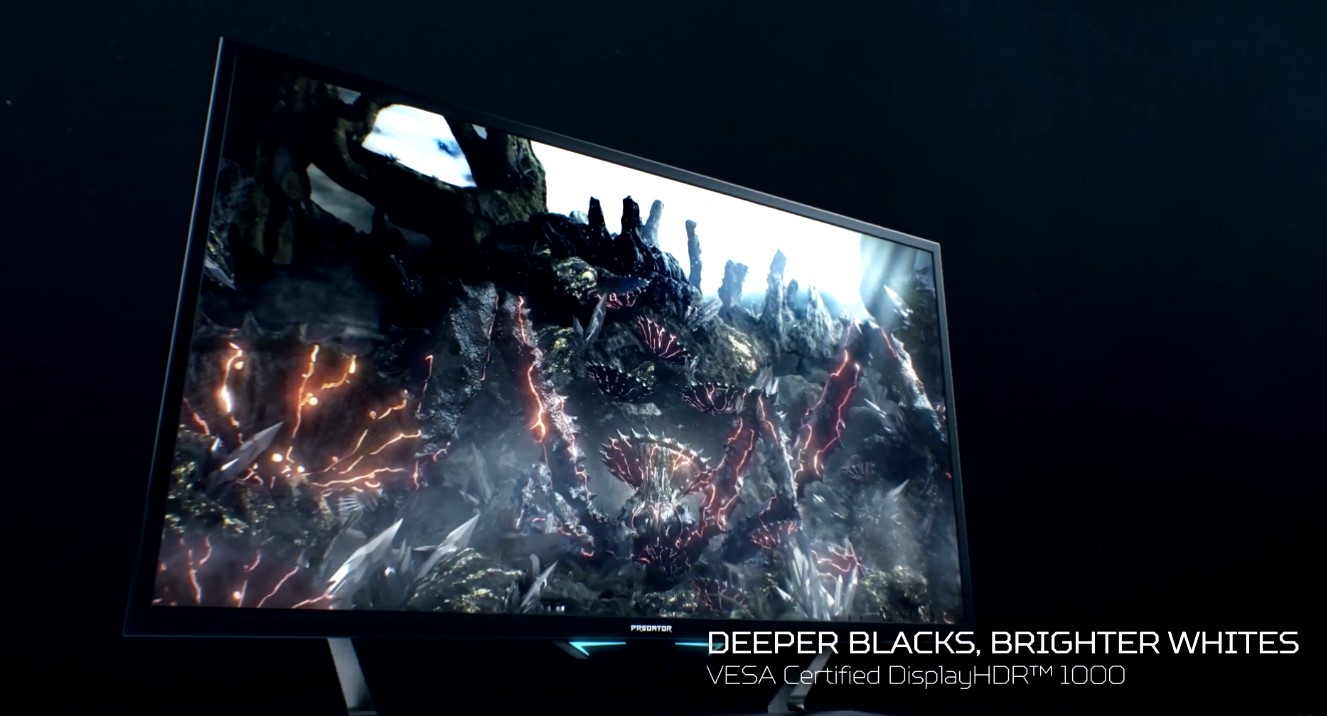 Gaming monitors are getting larger by the second, and Acer is not about to be left behind.

The company launched the Acer CG7, a 43-inch monstrosity, with its high-definition resolution and high refresh rate. It would be quite a challenge to fit this inside your house as it is even bigger than your standard TV monitor. Of course, some people are salivating at the prospect of the screen, completing their dream gaming room.

The other features include:
· An LED backlight
· A color range of 90% DCI-P3
· A 1 millisecond response time
· 120Hz native refresh rate (this can be overclocked to as much as 144Hz
· 178-degree viewing angle (both for the vertical and horizontal)
· 3 HDMI ports
· 2 Display ports

The UHD screen also boasts of 1,000 nits, which is crucial for HDR support. However, you can always adjust the brightness according to your preferences. Those levels of nits can burn your retina at close range, especially with a monitor this size.

The 43-inch gaming monitor was first revealed during a press launch in April this year. Although the event was for the Predator Orion 5000, people were quick to note the large gaming display. ACER CEO Jason Chen had to be helped with an assistant to bring over the TV. He quipped to the press that the screen “looks pretty big.”

However, not much detail was revealed on the large-format gaming display. After all, they were all there for the desktop PC. Back then, Acer said that it has 4K resolution and refresh rate of 144Hz.

The Acer CG7 gaming monitor is built using a VA panel. In terms of screen quality, the VA sits in between the IPS and the TN. It is like the best of both worlds. You have the speed of the twisted nematic panel and the color quality of the in-plane switching display.

Although the response time for the Acer CG7 is billed as one millisecond, it refers to the visual response boost. The screen uses technology so that the blur would be less visible. The company has not released the rating on the gray-to-gray response time yet.

Jan 6, 2020 Seen Donovan 29430
If you are going to play games, then you will invariably need something to see the graphics. This has been a common truth since video came around to...

Nov 12, 2019 Kaden Redhead 5850
Gaming monitors are getting larger by the second, and Acer is not about to be left behind. The company launched the Acer CG7, a 43-inch...

Oct 2, 2019 Kaden Redhead 6060
Acer continues to carve its name in the tech industry by creating some of the most compelling laptop series in the market. In the past few years, the...