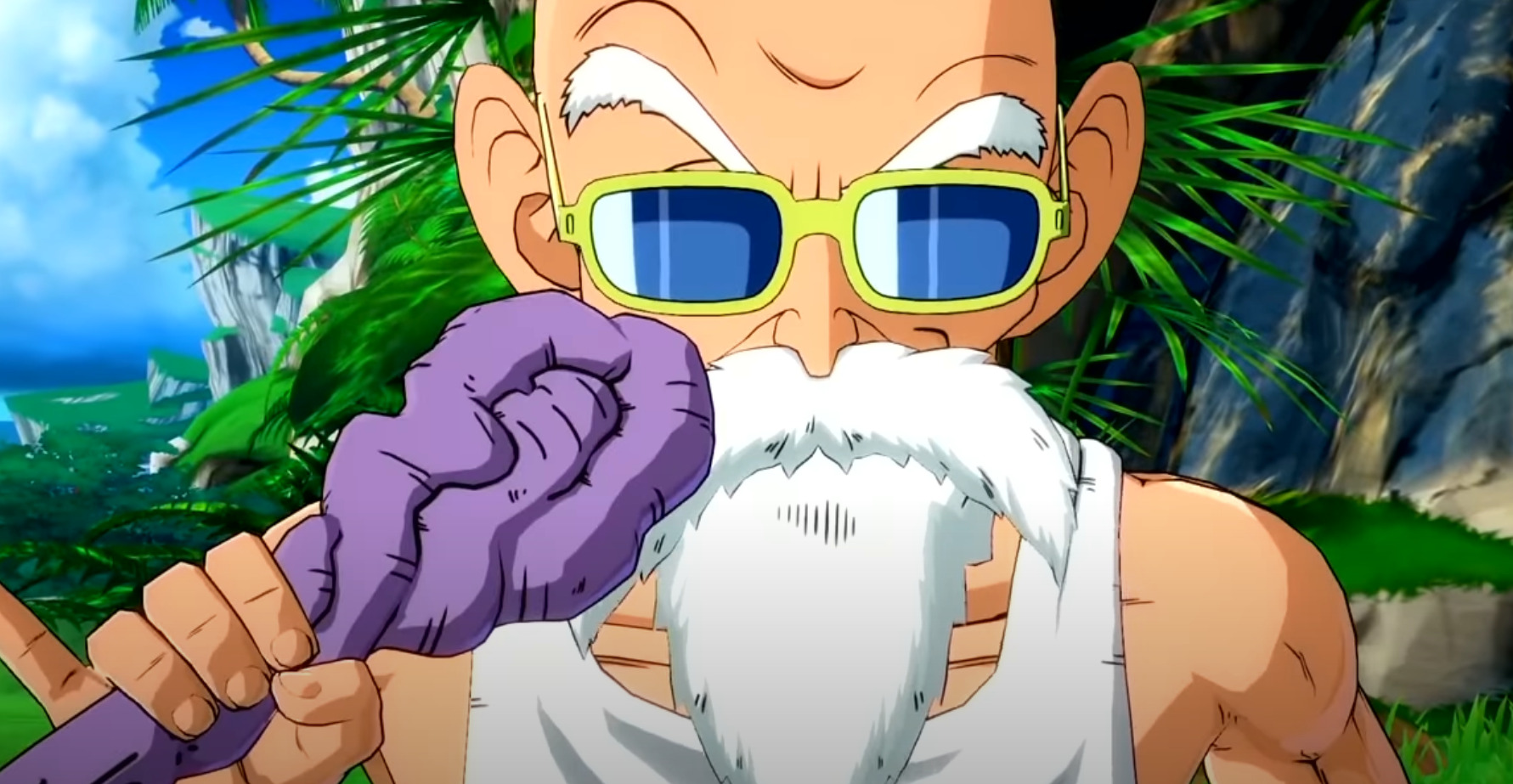 The FighterZ Pass 3 DLC set has been steadily growing, first releasing the fused fighter Kefla, followed by the Mastered Ultra Instinct Goku that was seen in Dragon Ball Super’s final arc. Now, a third character has been added to the mix with the legendary Turtle Hermit Master Roshi joining the battle.

The announcement was made by Developer Bandai Namco via a trailer that was released on YouTube.

Roshi is a very important character to the story of Dragon Ball. He is Goku’s first teacher and the creator of the series’ signature attack, the Kamehameha.

In the trailer, we see Roshi showing off with a number of flashy moves, ending things off with his Mafuba technique, or Evil Containment Wave in the English version.

Other than that, we don’t get a whole heck of a lot. It will be interesting to see if Roshi will be able to transform into his heavily muscled state as a special move. It was also interesting that the special move shown off was the Mafuba and not the Kamehameha, which Roshi is most well known for.

Master Roshi is also known as the Turtle Hermit. He is a multi-time world martial arts champion and lives on a small island with a 1,000 year old turtle named Turtle.

Roshi is a brilliant martial artist, but he is also a sleazy old pervert who often gets in trouble for gawking at women.

In the most recent series, Dragon Ball Super, Roshi is once again treated as a major character, helping the other fighters in the battle against the Frieza Force and participating as one of the 10 Universe Seven fighters in the Tournament of Power.

There is no official release date yet for the character, but it is confirmed to be sometime in September. Roshi is the third announced character for the FighterZ Pass 3, which means that there will be two more characters announced in the future.

Ghost Of Tsushima's New Legends Multiplayer Mode Will Not Have Microtransactions, According To Developers

Jan 11, 2021 Jeremy Green 680
We are well into January and that's good news if you hold an Xbox Live Gold membership. In just a couple of days, the second batch of freebies will...

Jan 8, 2021 Lisa Nguyen 1190
Tales of the Abyss will soon celebrate its 15th anniversary. Bandai Namco has announced the launch of Luke and Ash figures on the Kotobukiya Japanese...

Jan 7, 2021 Lisa Nguyen 1280
Bandai Namco has recently announced a major milestone for Dragon Ball Xenoverse 2. In a news post, the company stated that the game had shipped seven...