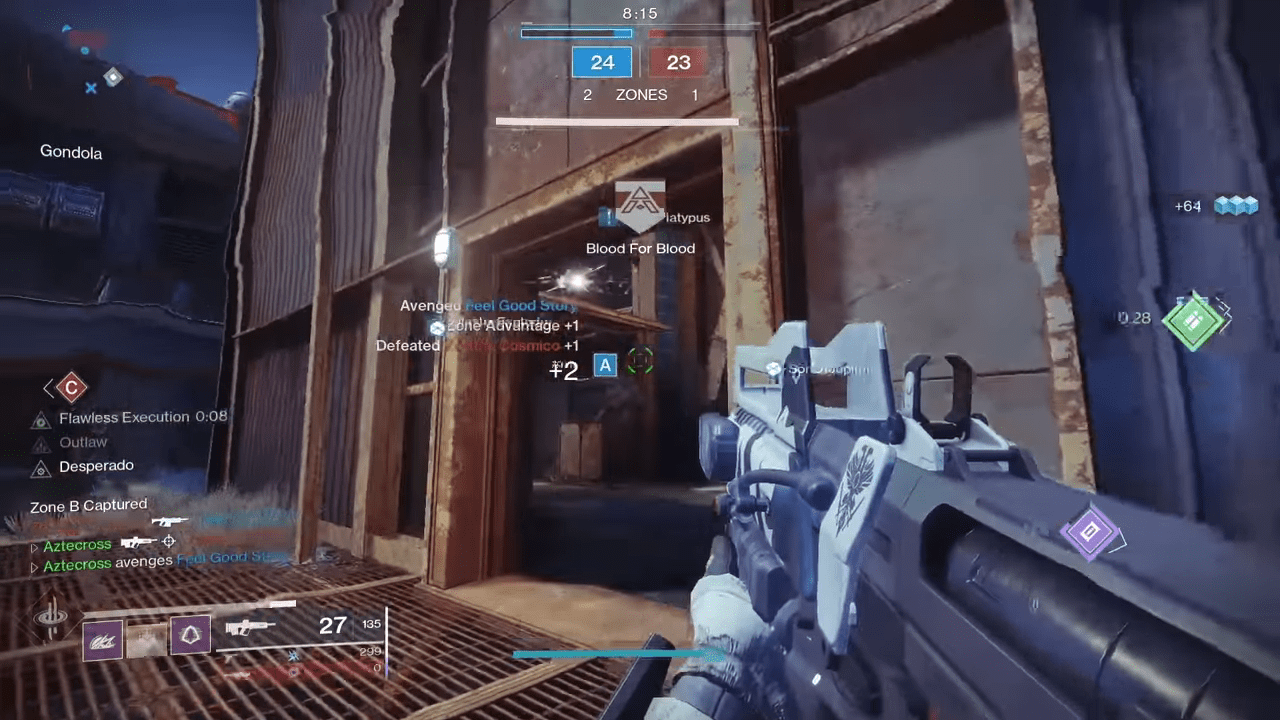 In Destiny 2, as new weapons and patches come out, those dedicated PvP players are always looking for the next greatest setup. Recently, an already strong archetype of weapon received a buff that should allow them to be more deadly than ever.

During the recent Update 2.9.0 high impact pulse rifles received a significant buff as part of Season of Arrivals. The damage per bullet was increased from 21 to 22 according to the patch notes. The patch also stated this decreases the requirements to kill from six crits to five crits/one body to kill most guardians.

This might not seem like a huge update on paper, but there are some hidden values to take into consideration. Not stated in this update was a buff to the crit damage of the pulse rifles, which is the biggest selling point. Before players could expect to hit a headshot at around 33-34 damage, this has now been changed to 35 or 36.

This is a huge change and brings the time to kill of certain weapons down to a staggering 0.67 seconds. Additionally, this optimal TTK kills at 8 resilience or less, which is almost certainly the majority of resilience values.

The Youtube video below by popular channel Aztecross Gaming does an excellent job of summarizing just why these changes are so significant and has done quite a bit of testing on which weapons are the best of the best.

So now that these weapons are even more lethal, which ones should you use? There are plenty of options, including an exotic weapon that has been surprisingly included in this update. The following are currently considered the best of the best of the high impact pulse rifle archetype.

Keep in mind, however, that the lethality of a weapon also depends heavily on its perks. Rangefinder and killclip are always excellent options for a pulse rifle but are certainly not the only optimal loadouts.

Premonition was already an excellent option introduced in Shadowkeep and is one of the best options out there now that these buffs have come through. The weapon has excellent damage and range. The range is vastly superior to other contenders in its archetype.

Redriks broadsword is also one of the best high impact pulse rifles, despite some notable drawbacks. The weapon has a lower range then premonition, but working around the damage fallout is now worth it thanks to the crit buffs. The changes also make outlaw and desperado both easier to proc than ever, making the playstyle of the weapon well worth it.

There is also a new pulse rifle called Cold Denial that also falls in this archetype. More time and testing will show whether it can stand up to the giants in the meta. So far, the rifle has received extremely mixed reviews from the community.

Additionally, the exotic weapon Vigalance Wing is also considered a high impact pulse rifle by in-game data. As such, it has also received this buff despite handling very differently from others in its category. It remains an excellent option to use in PvP thanks to the low TTK and great range.

Now that Season of Arrivals and the new patch is out, make sure to hop back into Crucible to try out some of these weapons and loadouts. Hopefully, this season will include some other game-changing patches like this, and players will have plenty of new toys to try out against their fellow guardians.