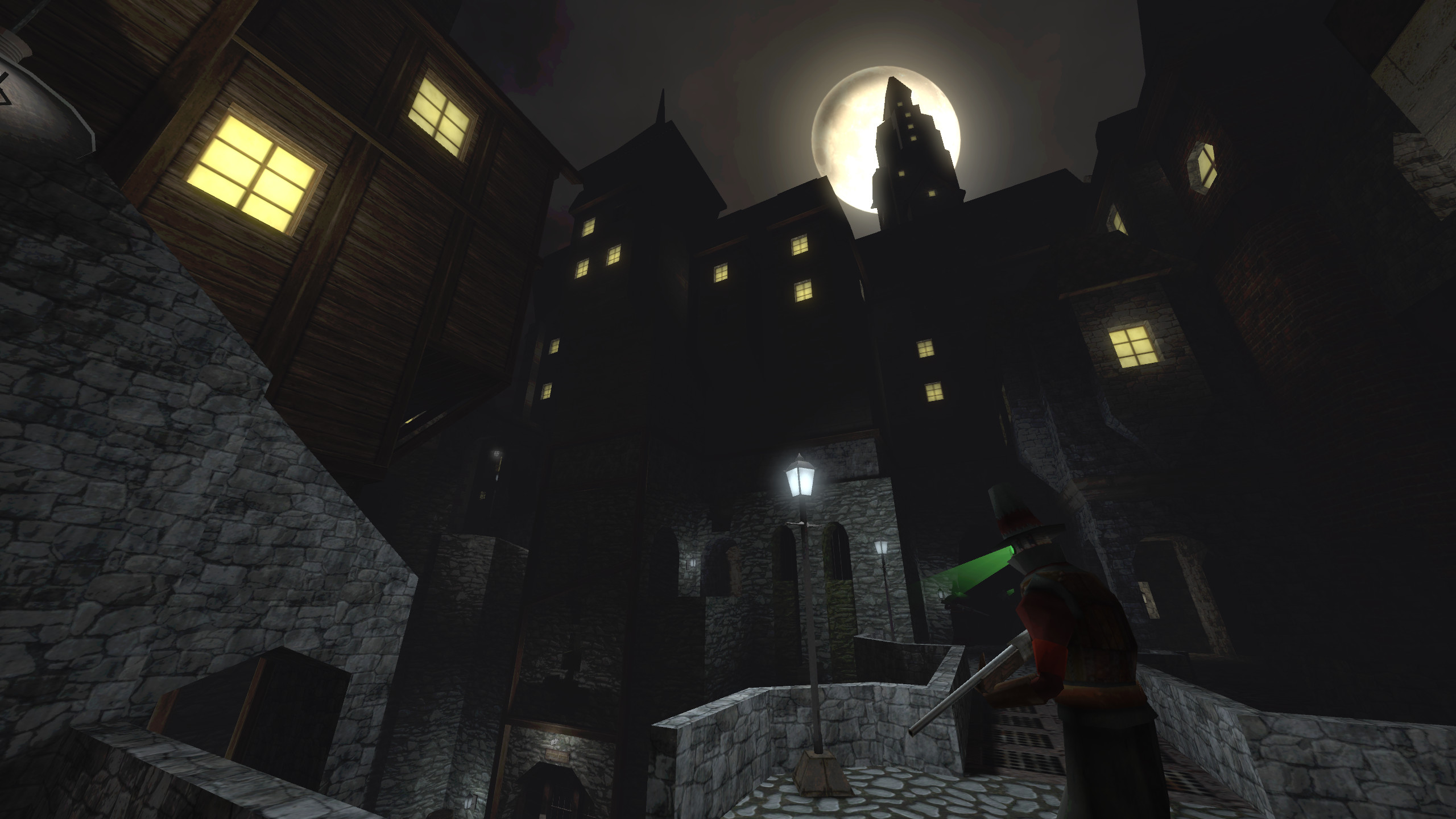 New Blood Interactive have made a name for themselves by delivering games seemingly ripped out of gamers’ collective childhoods. Dusk, Amid Evil, and Maximum Action all work as throwbacks to the days of kinetic, spooky, blood-soaked first-person shooters. Gloomwood is the latest in their line of lovingly crafted homages and the demo is out now.

The best way to describe Gloomwood, or at least the way the developers themselves describe it, is “Thief with guns.” Do you remember Thief? If so, just imagine that, but with guns. It’s like a Hollywood elevator pitch. Check out the trailer.

Gloomwood is a stealth horror FPS that follows your mysterious abduction to a forgotten, twisted Victorian metropolis in the midst of a horrifying transformation. Wield your canesword and take to the shadows as you uncover the accursed mystery hidden within the fog.

Running through the demo, it’s easy to see the influences from Resident Evil and Bloodborne, as well the aforementioned Thief. Though the game plays like something out of the 90s, it’s not limited to the technology of the time. You’ll find a stealth system that hides you in the dark, realistic sound propagation, and other things that separate the game from dozens of other titles that attempt to emulate classic experiences and just ultimately end up copying them.

Gloomwood manages to capture that retro feeling while delivering an experience that feels all its own. It also manages to be downright scary at times, thanks to a developer that knows how to use the visuals at hand. With the (purposely) dated visuals, you could say it manages to be scary despite its graphical shortcomings, but the truth is it’s scary because they know exactly how to use their specific palette. The enemies are draped in dark shades that hide their lack of detail and their glowing eyes draw your attention even further.

There are a number of gameplay elements that are barely touched on in the demo. Things like eavesdropping through doors and the ability to check the ammo remaining in your weapon really go a long way to help the player immerse themselves in the world.

There’s no release date for the full Gloomwood title, and New Blood only tells us it’s coming SOON™.

Have you been able to check out the Gloomwood demo? What do you think? I had an absolute blast and the full game can’t come SOON™ enough.

Jul 30, 2022 Grace Simmons 2050
The multiplayer first-person shooter that was once known as Project Moon has a new name and some history information according to Midnight Society,...