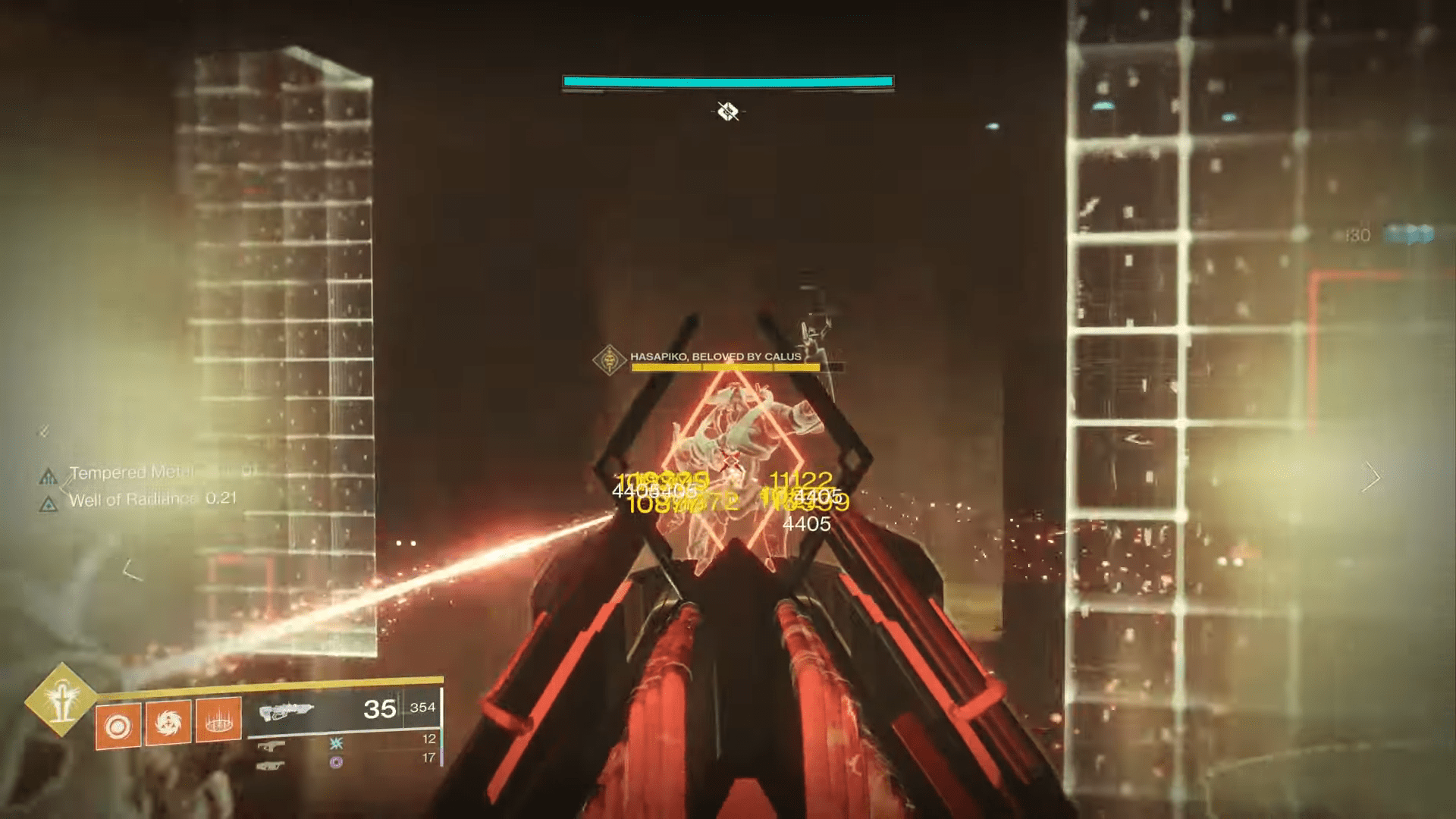 As we all know, it’s time for yet another Destiny 2 weekly reset. The reset hit servers live on 6/25, at 10 a.m. PDT. The usual reset events including opportunities to earn powerful gear, the continuing curse week cycle, and a new Heroic mode for the Menagerie.

Tess Everis has yet another weekly shipment in for guardians and is continuing to sell gear themed for the Season of Opulence. Her wares currently include an awesome lightning themed Arc ghost shell. She is also selling Hip Wader, an ornament for the Titan exotic Dunemarchers.

Since many guardians are grinding for higher light levels going into the upcoming DLC, it is good that there are more ways than ever to earn Powerful Gear rewards. The Flashpoint for this week is in the EDZ. Gear can be earned for this by completing public events, lost sectors, or by doing Heroic Adventures.

Calus has presented a new challenge. The Menagerie Heroic mode is now open.

Another way to earn rewards is by completing the Nightfall. The three on rotation are currently The Arms Dealer, A Garden World, and Warden of Nothing. For those still trying to break through the 100,000 score mark, the Warden of Nothing is a relatively easy strike to reach the cap with a competent fireteam.

Also, good news this week for those still working on their collections, Bok Litur, Hunger of Xol is the boss for Escalation Protocol this week. This boss has a chance of dropping all three IKELOS weapons, so it is the best time to grind on Mars.

For those who have yet to complete their Forsaken gear, the Dreaming City is on a strong curse week. This means that The Shattered Throne dungeon is available. The quest is needed for a related quest in which players can unlock the exotic bow Wish-Ender.

Thanks to the current curse cycle, players can also complete the Dark Monastery quest from Petra if they are still needing it for the Cursebreaker title. Guardians can expect to see Inomina as the Plague for the taken-themed Blind Well. Additionally, this week sees the return of the Ouroborea Ascendant Challenge, found within Aphelion’s Rest.

Now for the most noteworthy addition, this reset brings about the introduction of the Heroic Menagerie event. The Heroic version includes an Extinguish Modifier for fireteams, meaning that a full team-wipe will boot guardians out to orbit. The event’s recommended light level is raised significantly from 690 to 740, with some enemies clocking in at a whopping 770.

Additionally, the Heroic Menagerie now can be failed by more than just outright dying. If your team is not able to fill the bar by the time you cycle through all of the stages, you will not be allowed to face the final boss and loot the end chest. Guardians wishing to take on this challenge will have to find friends to do so, as the activity does not support matchmaking for the upgraded version.