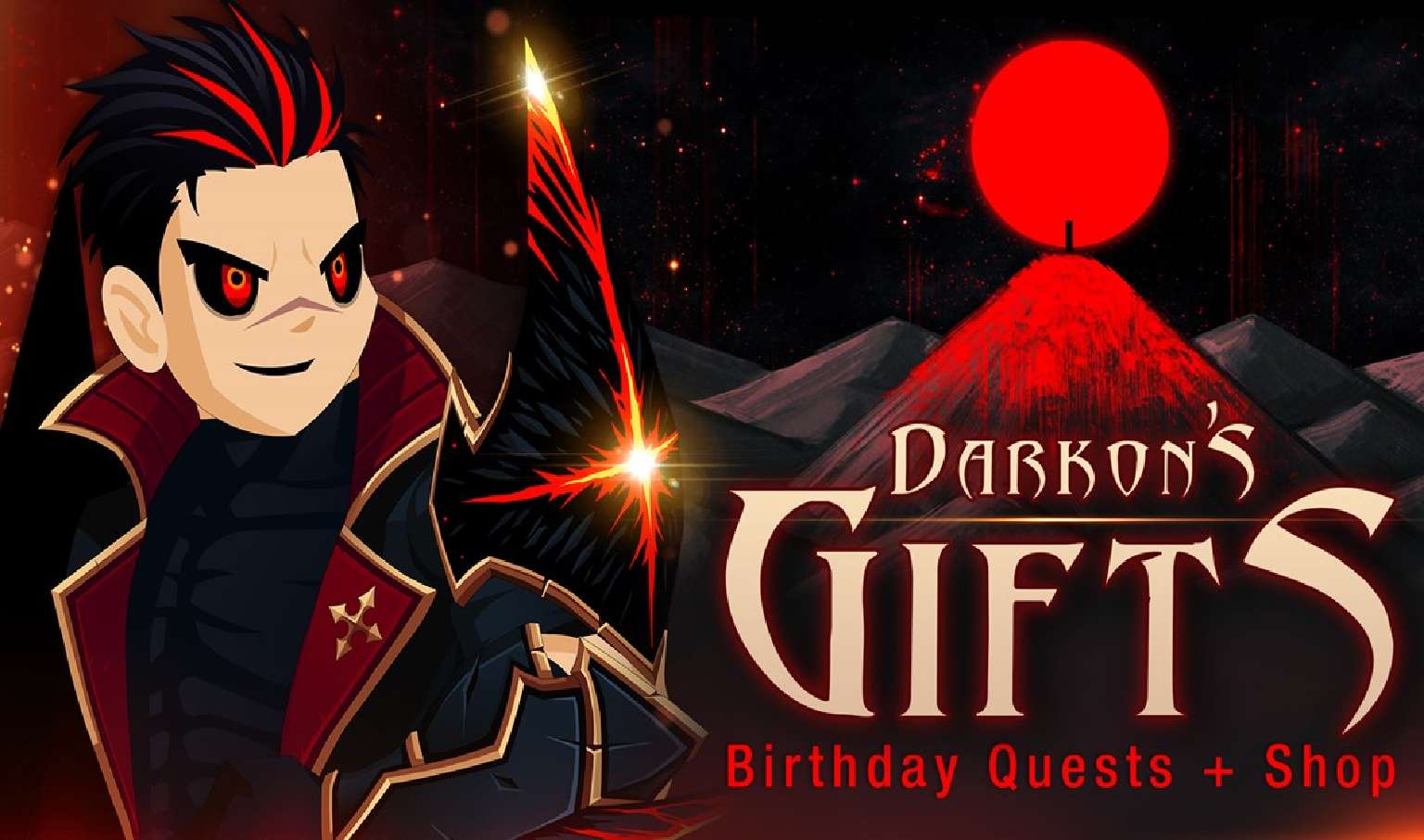 Even though Darkon’s birthday has long since passed, the Artix Entertainment team doesn’t want the game Darkon started on to miss out. And that’s why they brought his birthday shop into AdventureQuest Worlds for this week’s update.

The character Darkon is a mysterious artifact collector who is willing to sell some of his collection… to make room for more “valuable” things. But the person who celebrated his birthday last month is one of the team’s most valuable artists, working primarily on AQ3D, but also on AQWorlds when he has the time.

To help players bring the power AND pain, Darkon crafted a series of incredibly rare, powerful weapons. Players will find them in the Featured Gear Shop for a limited time. Each comes with a damage boost AND a chance to call down a rain of fiery comets.

The Darkon’s Debris 6 will cost 1,500 AdventureCoins. It will boost 12% damage, with a 2.5% chance for the comet animation to appear.

Darkon’s Debris 8 will cost 2,000 AdventureCoins. It will boost 15% damage and has a 2% chance for the comet animation to appear.

Darkon’s Debris 11 will cost 1,200 AdventureCoins. It will boost 10% damage and has a 1.2% chance for the comet animation to appear.

This update also had a questline. Heading to the garden, players will talk to Darkon to begin his quests for three new armors and a couple of helms. The AdventureQuest Worlds team admits that these items are pretty wicked bu, if you want them, you’re going to have to work hard to get them.

They also say that Darkon’s garden will expand later this year with even more quests, rewards, and areas to explore, so players will have a reason to come back again and again as time goes on.

Darkon himself is a busy man, pulling double duty whenever he has the time, but he freely admits that he loves working for Artix Entertainment. Players won’t want to miss out on his AdventureCoin items or his quest rewards in this exciting update.