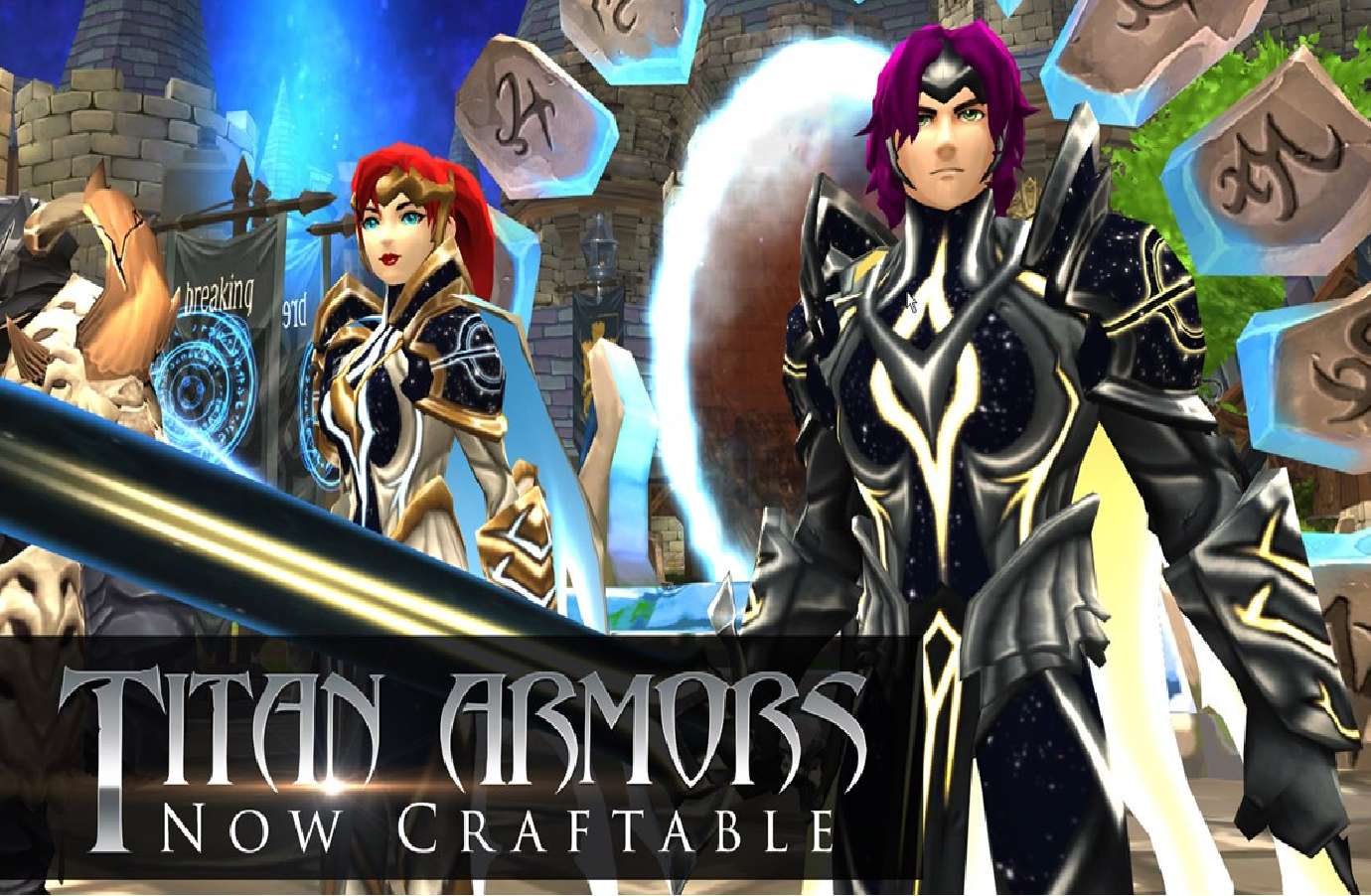 The Breaking Benjamin Battle Concert is in full swing in AdventureQuest 3D, and players now have the ability to craft items from this event. And the biggest ones of them all are the new Titan Armors.

These two armors are from the bosses in the event. These are “Pulsarian’s Witness” and “Eclipsion’s Watcher”. Players will use their Heavy Metal Medallions to craft these pieces on Bryce Platinum. However, the wings and halos that the bosses have are not included.

The team knows some of the players are still waiting for a few pieces to drop and aren’t getting the right Titan at the end. They are also aware that some players are having technical issues collecting loot because of disconnects, etc. So this crafting option is an alternative to some of these issues. It will still require some concert grinding, and players may end up with the piece you want while grinding for medals, but the option to get around these issues is a welcome one for the player base.

As for crafting itself, it allows players to craft an item by obtaining the required materials for it. When a player crafts an item, they are provided with the following options; craft the item with the items required, where they consume the materials in the process and need to wait a certain time before the item is claimable. They can also purchase the item with Dragon Crystals, which grants them the item instantly without the materials being consumed or speed up the crafting process, which consumes both the crafting materials and some Dragon Crystals.

Players will need to talk to Bryce Platinum at Yulgar’s Inn while the concert is still running. Arena Crafting only uses Heavy Metal Medallions, which can only be earned by playing a battle concert, so this is sort of a limited time only crafting, happening only during the Battle Concert events.

The team would also like to remind us that there will be other opportunities to receive the drops from all of the monsters, including the Titans, from the Breaking Benjamin battle concert. These items are from future maps in the upcoming world story, meaning that right now is their chance to get them early.

Players who want to get these items have plenty of time to get them with the Concert still going on until March 8th. So log in, get grinding, and BattleOn!

Mar 2, 2020 Sean L. Akins 4730
With March here, AdventureQuest Worlds releases a unique set for players to purchase. And this year, it's based on Dage's Art. In AdventureQuest...

Mar 2, 2020 Sean L. Akins 5400
It' time for the return of Dage-mas, and with it, a new assortment of equipment. And this year, they finally add something that's been a standard of...