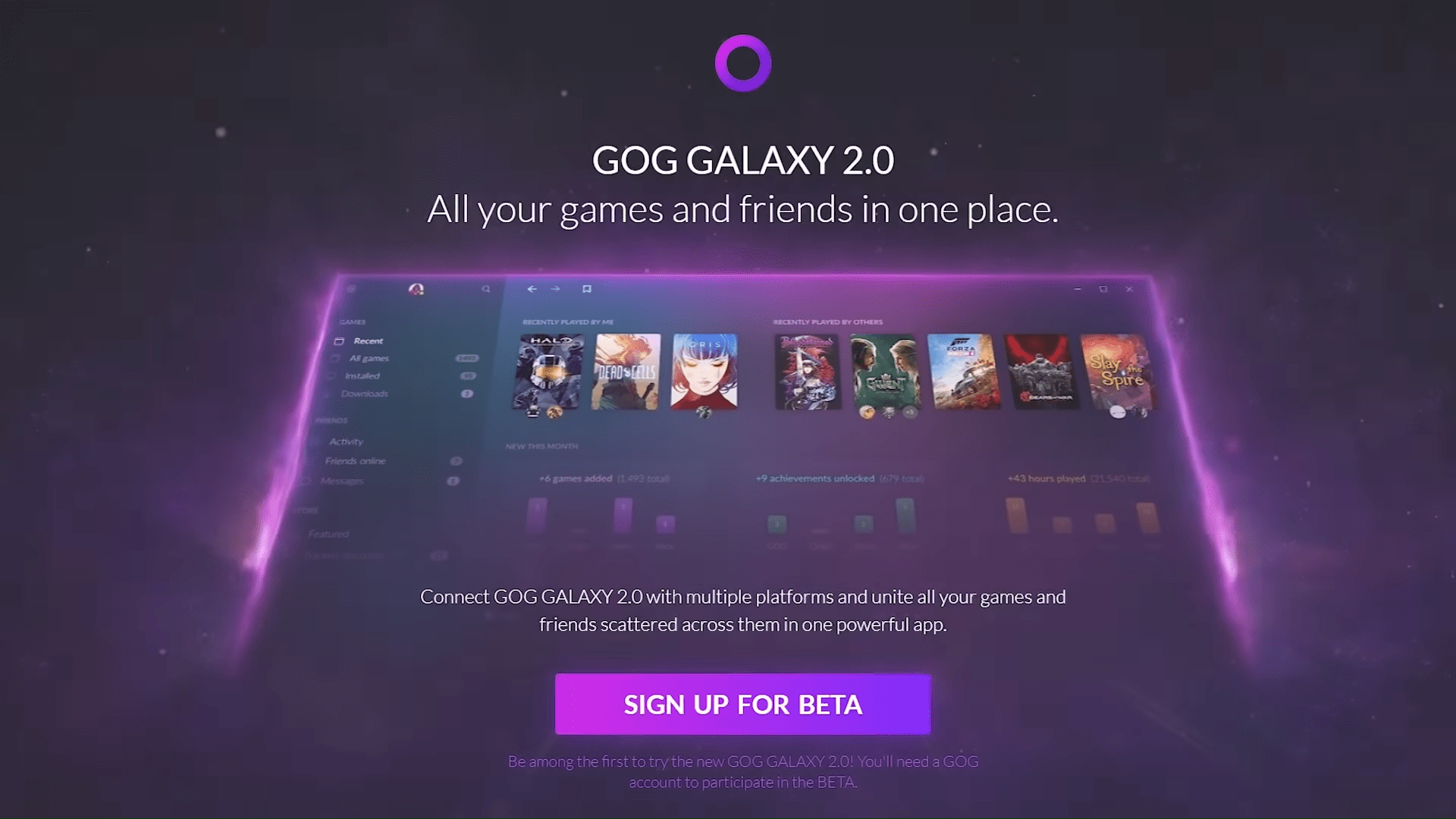 As the Epic store continues to buy out and offer cheap games on its platform, and Microsoft teams up with Steam, GOG (formerly known as Good Old Games, and a subsidiary of CD Projekt) opens up the closed Beta for Galaxy 2.0. All you need to do is click the link in the Tweet below and you’ll receive an invitation code.

Sharing your feedback is very much encouraged 😉

GOG states, in the official press release: “GOG GALAXY 2.0 is an application designed for all gamers, that will allow to combine multiple game libraries into one and connect with friends across all gaming platforms, PC and consoles.” There are many features of Galaxy 2.0 which have got gamers excited, especially those who are sick and tired of having a dozen different game launchers downloaded on their PC.

Many of the benefits of GOG Galaxy 2.0 come in the form of its library system. You can install any game into the launcher and Galaxy will always keep it up to date, and will save your data from that game in the cloud. Plus, unlike other game launchers, there’s no need to be connected to the internet while you play your offline games installed through Galaxy.

In terms of games features, Galaxy 2.0 has everything you would expect, such as an In-Game Overlay and Achievements; however, there’s also a useful crossplay feature and in-built multiplayer matchmaking through GOG. As the website describes it, “where you buy your games shouldn’t prevent you from playing with friends.”

Another aspect that many game launchers get wrong is confusing or badly organized friends lists. Galaxy 2.0 has wide community features, including online chat and – so far – functioning game invites and game joining. Because the platform shares all your games, your friends’ list is just in one place rather than spread out over several different platforms.

The Beta is still a work-in-progress with many features that need to be refined. Anyone can sign up to be involved in the closed Beta, and as long as you submit a request to join you’ll receive an email with an invitation code. As of yet, there is no official release date for the full version of Galaxy 2.0, though this Beta is a good chance to see whether it’s worth download in the future.

The Sinking City Is Just A Couple Of Days From Releasing; Seems Like A Fresh Take On The Mystery/Horror Genre