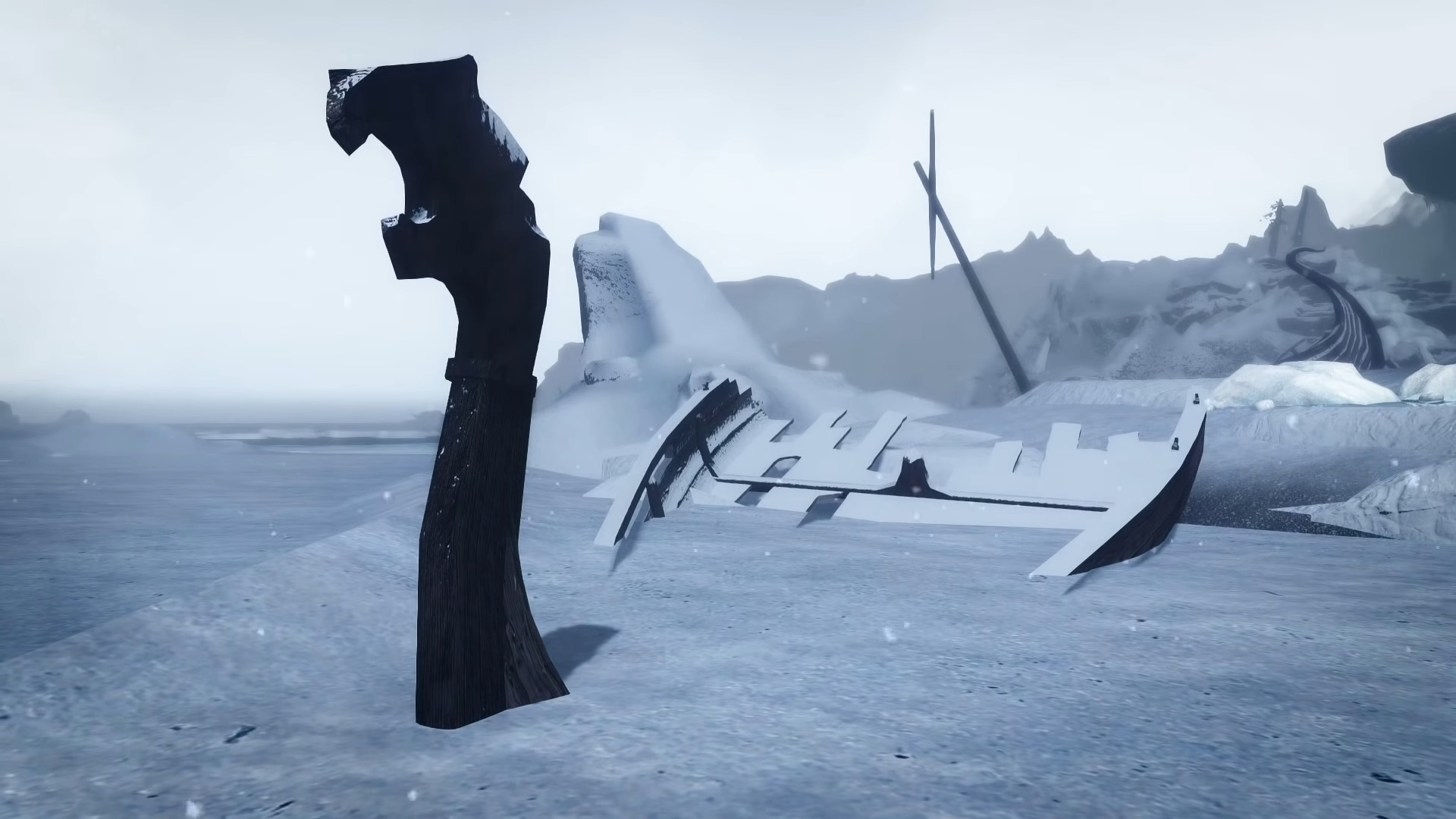 As the ship’s bow crashed against the waves, the fog cleared, and we were greeted by a sheet of ice the length of everything. A blanket of winter atop the planet. This was it. The lost continent.
– Expedition to Atmora.

The Beyond Skyrim project is a massive undertaking and is actually several different projects compiled under one name. Each project aims to bring a region of the world of Tamriel into the Skyrim game engine. These regions will be full of places to explore, NPC’s to meet, and quests to undertake.

One of these projects aims to bring the lost continent of Atmora (yes an entire continent) into the game of Skyrim. Recently, I did an article talking about the progress of each project and release date speculation. The Atmoran team has been the most reclusive and secretive of all, so it is exciting for fans to finally get a glimpse of their progress.

The glimpse is in the form of a developer diary, released on July 11, 2020. The diary opens with a short trailer of sorts and introduces viewers to the harsh conditions the continent of Atmora will impose. The team has apparently opted to go in a different direction from Skyrim’s base gameplay and will instead be focusing on survival mechanics for this mod.

The team plans to introduce a system in which players will need to manage food, warmth, and energy in order to survive. How hardcore these mechanics are depend entirely on the player, as each will be customizable.

Seeking shelter is going to be crucial for player’s survival, and it seems the elements are going to be the main antagonist of this project, rather than a monster or dragon foe. That isn’t to say that players won’t face down their share of creatures in this inhospitable landscape.

Adventurers will need to do so methodically, studying creatures for strengths and weaknesses. The developer diary warns that sometimes foes in Atmora do not stay dead for long and that players will have to uncover secrets long buried in the ice and snow in order to defeat these monstrosities.

While beautiful landscapes and interesting creatures were showcased in this developer update, there has not been a release date officially announced. The team stated in the update that they are moving on to the final stages of development luckily, and are accepting applications for writers, 3D artists, level designers, and implementers.

If you are interested in joining the team, make sure to drop by the official Beyond Skyrim website. Also, be sure to check back here for more project updates as they release.

Jan 12, 2021 Harry Alston 3830
With an announcement earlier this week from Lucasfilm Games that they were breathing new life into their brand, hopes were high for another Star Wars...

Dec 27, 2020 Aaron Hans 12911
After being released in December of last year, The Witcher quickly became an overwhelming success for Netflix, and they're rumored to be turning...