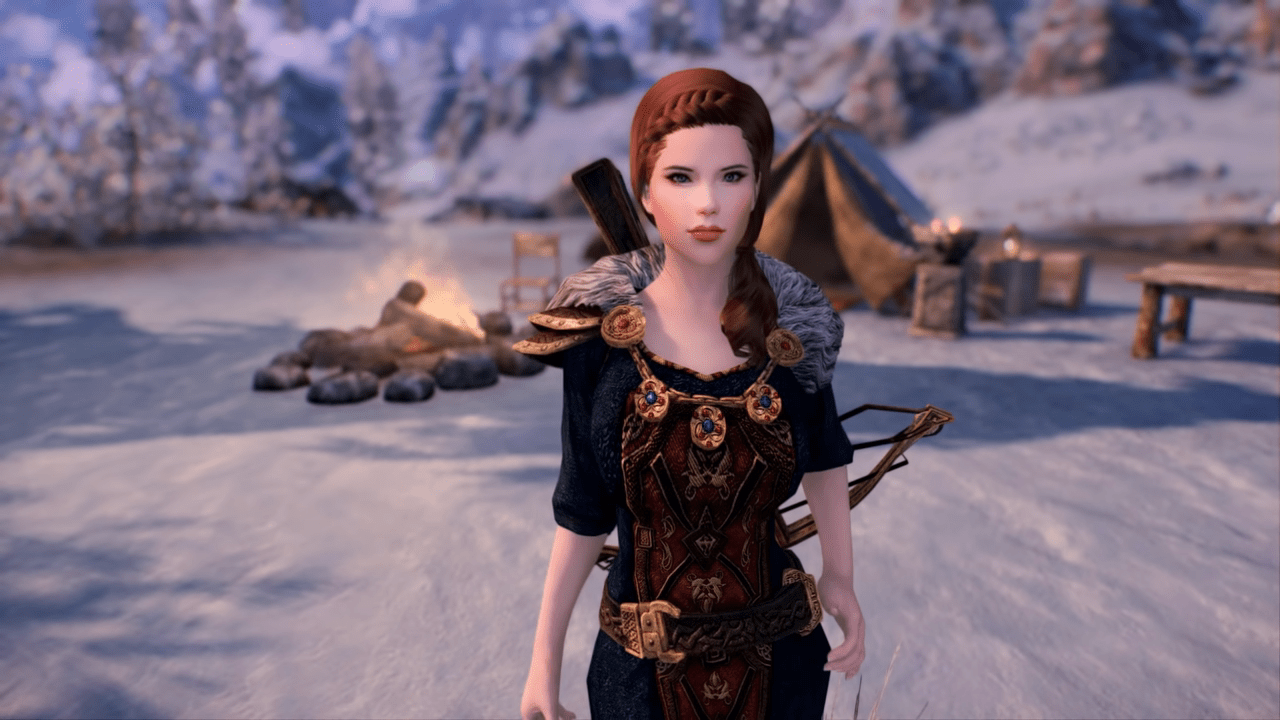 Despite the obvious age of the base game, the world of the Elder Scrolls 5 Skyrim is kept alive and fresh thanks to its dedicated and talented modding community. The hub of such mods, called the Nexus, is a website that holds both quality and questionable editions to the game. Each week, a select few mods are showcased that are worthy of adding to my evergrowing load order.

The first such mod is a cosmetic enhancement that ends up making a surprisingly big difference. If there’s one thing Skyrim has a lot of, its snow, and mod author CG4 Snail Pixel has decided to make it look the best it can be. CG4 Snow Effects SE was originally released from the Oldrim version of the game, and then recently ported into SE by rijoba.

The mod is actually a combination of mods working together to increase the visuals and immersion of the snow in Skyrim. Thanks to some clever work, it also barely impacts performance, with a tested 1 FPS drop noted by the author. The most impressive aspect of this mod is the snow dropping from trees once disturbed.

The next mod on the list is one that could be dismissed easily at first glance. The aMidianBorn Content Addon by kryptopyr and CaBaL120 description reads,

“This file provides support for the texture variations included in aMidianborn Book of Silence, and simplifies the SE installation for Book of Silence.”

For those not in the know, aMidianborn Book of Silence is the premiere mod from the Legacy version of the game that retextures weapons, creatures, and other assets beautifully. The mod is mostly known for its armor retextures. This featured mod is so much more than a port of the original, however, and its list of features stretches far down the page.

To simplify, the aMidianBorn Content Addon not only provides a simple installation of the older mod for SE, but works with Complete Crafting Overhaul Remastered to give Skyforge weapons a unique appearance, adds a new set of Gilded Elven Armor into the game, and includes two new armor sets from unreleased textures by Cabal120, amongst more.

The final mod on the list is one that holds excitement for the future prospect of mods more than the content itself. Undaunted created by kaosnyrb in essence adds various radiant quests and activities into the world of Skyrim, that play in a seemingly endless loop.

The mod adds some interesting scenarios that range from killing nearby monsters to rescuing NPC’s, to even encountering an Oblivion Gate. Yes, you read that right. Oblivion Gates are one of the 100 current encounters for the mod.

Hopefully, this inclusion will lead to more Oblivion Gates added in the future, as the community has been pretty excited for the prospect. The mod author states that “Undaunted has been designed to be modable.”

That’s about it for this week’s selection. Each showcase will feature a new host of mods to check out and enjoy, so be sure to tune in next Friday.

Blizzard Releases New Lore-Centric Short Story A Moment In Verse, Expanding On The Relationship Between Lor'themar And Thalyssra

Jan 12, 2021 Harry Alston 2010
With an announcement earlier this week from Lucasfilm Games that they were breathing new life into their brand, hopes were high for another Star Wars...

Dec 27, 2020 Aaron Hans 7711
After being released in December of last year, The Witcher quickly became an overwhelming success for Netflix, and they're rumored to be turning...