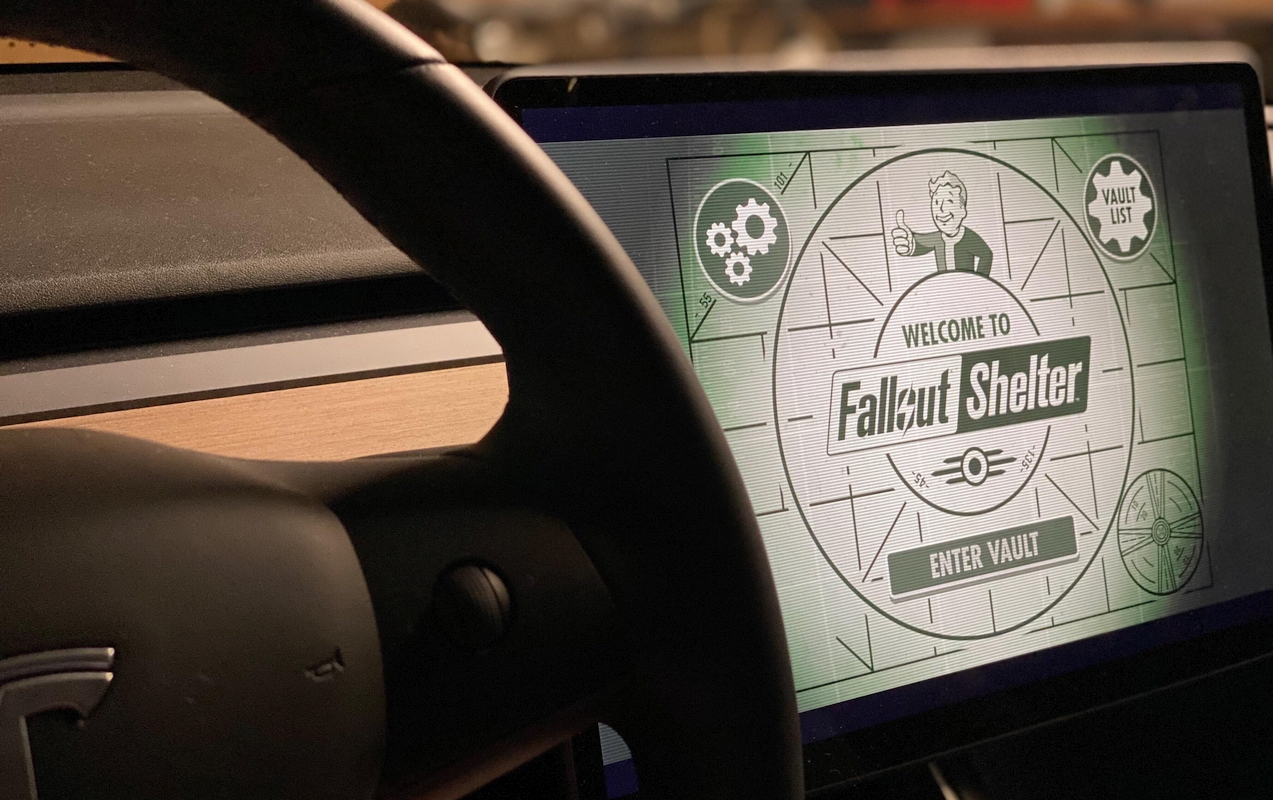 The official Fallout social media accounts announced that a long-running side game had joined Tesla Arcade. Fallout Shelter is now available inside of Tesla vehicles.

While playing video games inside a car may seem dangerous, Tesla has long figured out a solution. Tesla Arcade games are not playable while the vehicle is moving. Players can only load up one of their favorite titles when the car is parked.

The game was first launched on mobile devices in June 2015 but has since been released on PlayStation 4, Xbox One, PC, and the Nintendo Switch. Fallout Shelter has always been free-to-play but has in-game purchases. The game has been out for five years but continues to update with occasional events.

Fallout Shelter has several components, but at its core is a “vault management simulator.” Players are given the title as Overseer as they manage an underground vault. The Overseer has to manage day-to-day tasks, such as ensuring everyone has enough food, water, and power. There are other management jobs as well, such as assigning vault residents a job and playing matchmaker.

Another big part of the game is exploring the regions outside of the vault and taking on side-quests. Players have to level-up their characters and take them on various quests to find valuable loot or help distressed Wastelanders.

When not cruising around in your Corvega – err @Tesla, visit your Vault in #FalloutShelter. pic.twitter.com/fN9dEfBp4W

In Fallout Shelter, each room has a purpose. Dwellers will need places to sleep and eat, along with areas to work. As players collect more Caps, which is the currency used in the game, they can unlock more rooms. Keeping Dwellers’ basic needs are important, but adding recreational activities will keep them happy.

The vault itself is under attack, as well. Raiders will attempt to storm in the front door at times, so Dwellers on the front line will need weapons. Occasionally, Radroaches will swarm a random room as well. Even within the safety of the vault, there are always dangers lurking.

Fallout Shelter Online, which was developed by GaeaMobile, is already available in some regions. The game features the same gameplay from the original game but has additional characters from Fallout 4. Players can join with others to form guilds and team-up online.

Fallout Shelter is available now in the Tesla Arcade, along with PC, PlayStation 4, Xbox One, Nintendo Switch, iOS, and Android.