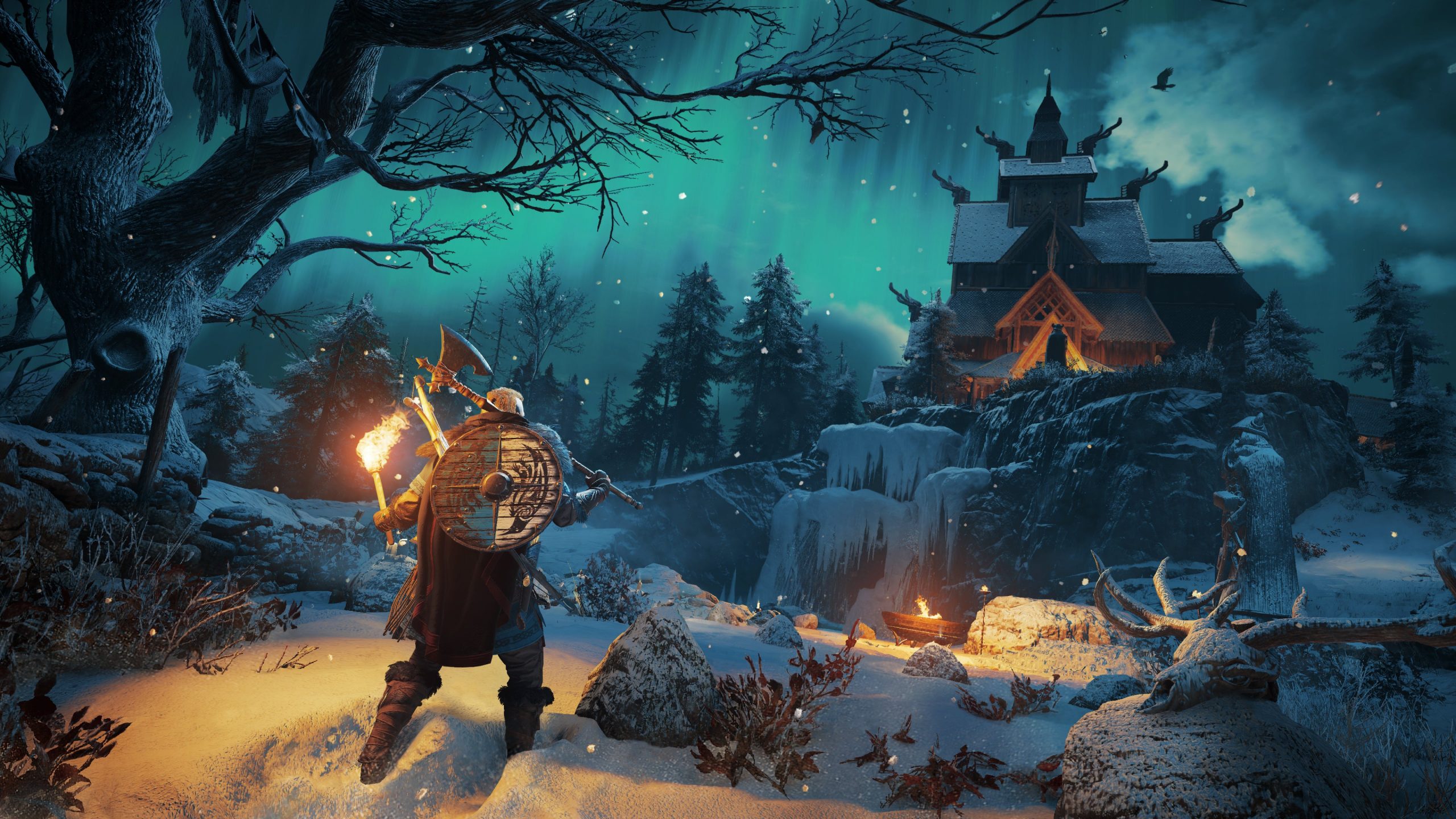 Beginning with Assassin’s Creed Origins, the Ubisoft series has been dipping its toes into mythological waters.

First, it was Egyptian gods, then it was iconic Greek monsters. Now, thanks to a leak from Ubisoft’s Germany site, we know that Assassin’s Creed Valhalla will pay tribute to Beowulf. That doesn’t necessarily jive with the supposed focus on actual history, but we’re not complaining.

This doesn’t seem to be DLC as much as just a side mission and we don’t yet know what form it will take. It could simply be an inspired nod to the legend, resembling it enough to make the connection clear. Or it could be a straight-up adaptation with protagonist Eivor taking on the Beowulf role.

The description listed on the German site read “Discover the cruel truth behind the legend,” so signs point to it being Ubisoft’s own variation and twist on the poem.

It’s not as if gamers needed more reason to be excited about Assassin’s Creed Valhalla, but bringing the classic tale to life is sure to ratchet up the hype even more. Those familiar with the tale will no doubt look forward to ripping Grendel a new one. And then they’ll ripe Grendel’s mother a new one, and then a dragon, because why not? Old stories are crazy.

For those who don’t know the story, it surrounds Beowulf, a hero of the Geats, a North Germanic tribe that lived in what is now Sweden. Beowulf comes to the aid of King Hrothgar and is sent to destroy Grendel, a monster who’s been causing all sorts of trouble.

After what gamers went through in both Origins and Odyssey, this doesn’t seem very far-fetched at all, despite how removed the concept is from what the franchise started out as. Judging by the reception to both previous games, gamers don’t seem to have an issue with the series taking a more larger-than-life approach.

A boss fight with a dragon would certainly be something new for the series, though there’s no reason to think it would be an unwelcome one. This latest installment will supposedly take players to iconic locations such as Stonehenge, London, and York, and while there’s no particular mythological creature associated with these places, hopefully, we’ll see more cultural folklore weaved into the game.

Keep in mind that the Beowulf seems directly tied to the season pass, though it’s probably safe to assume that those without season passes will get access to it sometime in the future, after its initial debut.

To those of you who love Assassin’s Creed, what are your thoughts on Beowulf being incorporated into Valhalla? Too much? Or are you excited at the prospect of taking a hidden blade to the legendary monster?

Nov 29, 2020 Dylan Duarte 11070
A new email from MelissaMcGamepass has been screenshotted and posted to the Xbox Game Pass Twitter account, promising that a new mystery game that...

Nov 21, 2020 Dylan Duarte 3830
Professional wrestling and video games go together like peanut butter and jelly. They're both loud, bombastic, and insanely fun. These two worlds...