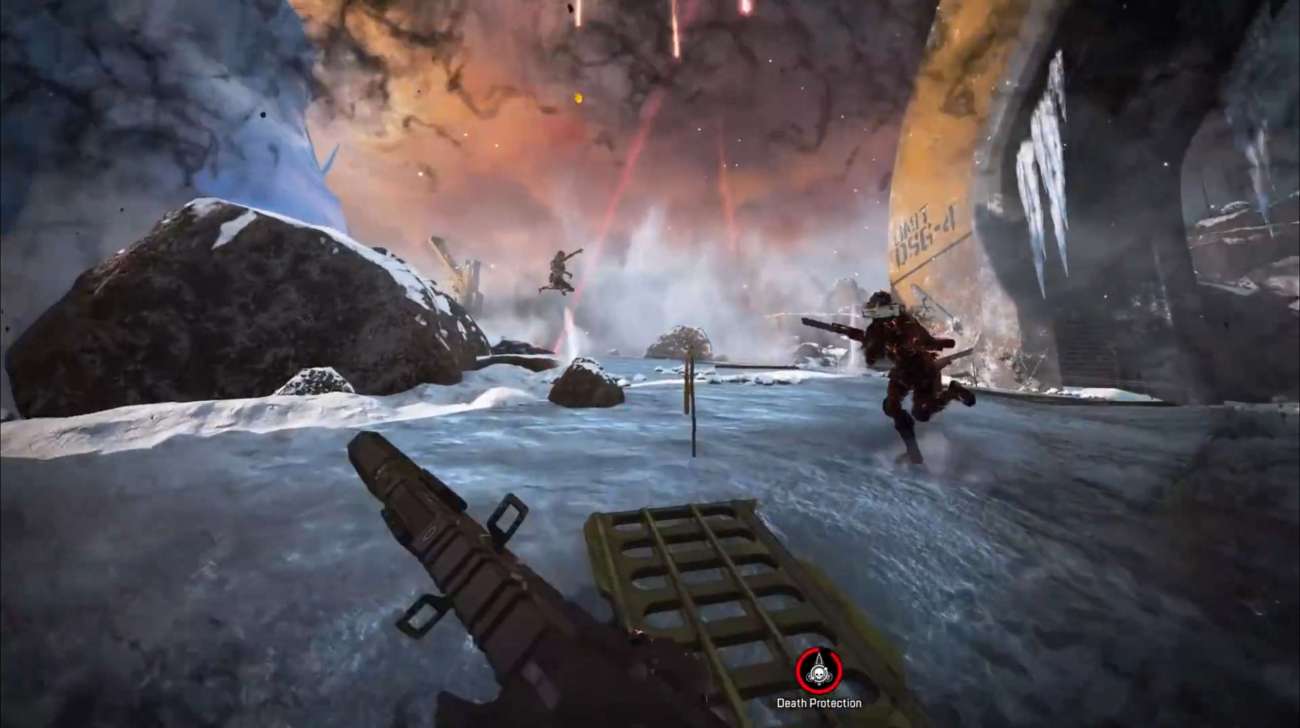 Apex Legends has just started its fifth season while bringing out new features and mechanics that are all aimed at broadening play a bit without necessarily detracting from testing skills nor over-broadening the scope of gameplay. One feature, in particular, has other battle-royale fans looking enviously at the title from the developers at Respawn Entertainment.

It all is actually rather simple, although the devil is in the details. Starting in Season 5 is a new ‘Reconnect’ feature that will allow players to be able to reconnect from their matches if they suddenly lose connection for whatever reason.

Whether you crash or alt+F4, as long as your character is still alive you can rejoin the match.

It’s worth noting that your character will persist in-game, regardless of your connection status, so if you’re thinking of cheesing a disadvantageous conflict you may find yourself dead.

Your character will continue to exist where they were when the player left, standing there seemingly AFK. A small icon next to the player will identify teammates that the player has disconnected.

As long as you attempt to rejoin while your squad is still alive, you can easily hop right back into the murder-mayhem that is Apex Legends. If too much time has passed, however, the game will mark it as an abandonment of the match, and a loss.

While this all bodes well for fans of Apex Legends, Fortnite fans are looking at this feature in earnest and openly wondering if Epic will use this idea for their game.

It’s a welcomed aspect as many competitive matches of Fortnite and Apex Legends are prone to unintentional disconnects that harm the matchmaking experience for both players that have crashed, and those that are remaining in the battle-royale.

Other mechanics from Apex have been adopted into the Epic game Fortnite, such as pings on the map in a 3D space which allows users to mark weapons for other teammates. The option already exists in Fortnite’s PvE game mode Save the World, and the feature coming to Fortnite could help with crashes that some users have been reporting as escalating.

The existence of the mechanic within Fortnite’s PvE experience does imply that it could be ported over, although similar precautions will need to be inserted to ensure that the system cannot be abused by bad actors looking to cheat through the experience. There’s absolutely no shame in grabbing a mechanic from another title that works well, as it results in a greater experience for everyone: if developers and games gated their ideas, we’d still not have save games.

Sep 29, 2022 Tom Lee 330
Some lucky players have been discovering an Easter egg involving Nessie in Gun Run, a new chaotic LTM introduced in Season 14 of Apex Legends. Even...

Sep 8, 2022 Tom Lee 710
There is a discussion in the community about some players' desire for Respawn Entertainment to alter the way Heat Shields are distributed during the...