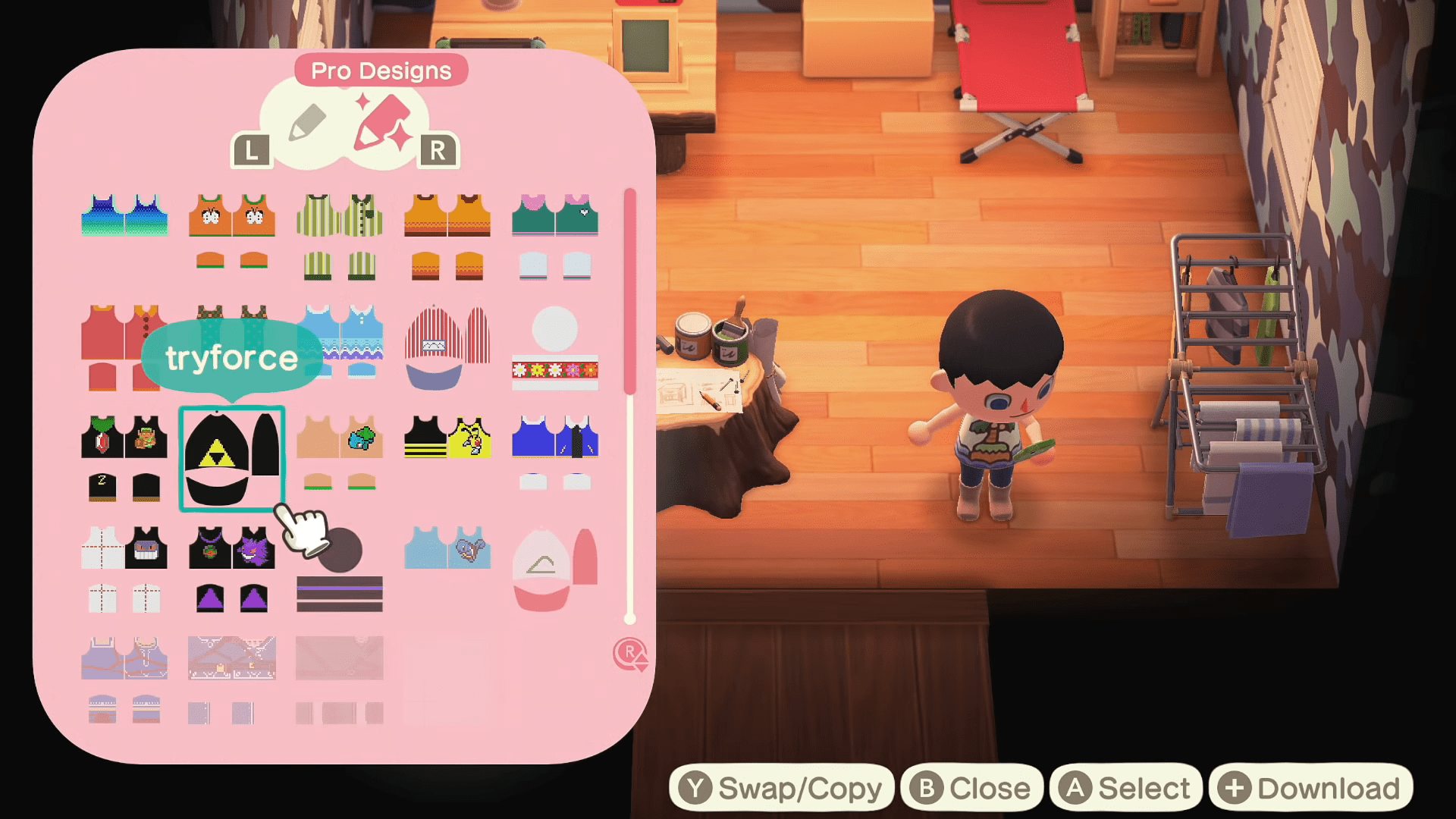 In the Animal Crossing series, fans have always enjoyed creating unique and creative patterns for clothes and other designs and sharing them with the community. However, the designers in the community are somewhat perturbed this go around at the more restrictive features that exist in the newest addition Animal Crossing: New Horizons.

In the last major Animal Crossing release, New Leaf, the design system was handled a bit differently. A design would be converted into a QR code, and these QR codes could then be freely shared across the web. You were able to save these patterns in your own game by simply scanning in the code with the Nintendo 3DS camera feature at the Able Sister’s Shop. This also means that third-party websites could allow players to convert images to Animal Crossing compatible QR codes.

In New Horizons, this QR system is replaced entirely by one that relies on an individual numerical code for each uploaded design. This isn’t the focus of the communities ire, as the number system is much easier to manage than the oftentimes finicky QR codes.

However, this time around on the Nintendo Switch, players must purchase a Nintendo Switch Online membership to be able to either upload or download these codes. This is the first time Nintendo has delved into such a service, and some fans are not happy at all.

Despite the fact that the service is now gated behind a paywall, it seems to be inferior in some ways to the old system. There is currently a 130 design limit you can have posted to your individual creator code. This limit applies to all characters you have on your switch, so simply creating another PC will not net more slots. Furthermore, deleting an already posted design invalidates its code.

130 seems like a plentiful amount of slots but there are some other considerations. People who design paths, in particular, are hit the hardest by this limit, as a single path might take 6-10 design slots up. Additionally, there are often requests for path recolors, which would take up an additional 6-10 slots. For reference, designer Bramblescrossing claims to have created over 300 unique designs in Animal Crossing: New Leaf alone.

As such, some of these users have taken to Twitter, pleading with others to Tweet @Nintendo to either raise or remove the limit altogether. Whether Nintendo will take this seriously or not remains to be seen, but they did respond to fan criticism before when they nerfed the drops for Bunny Day items.