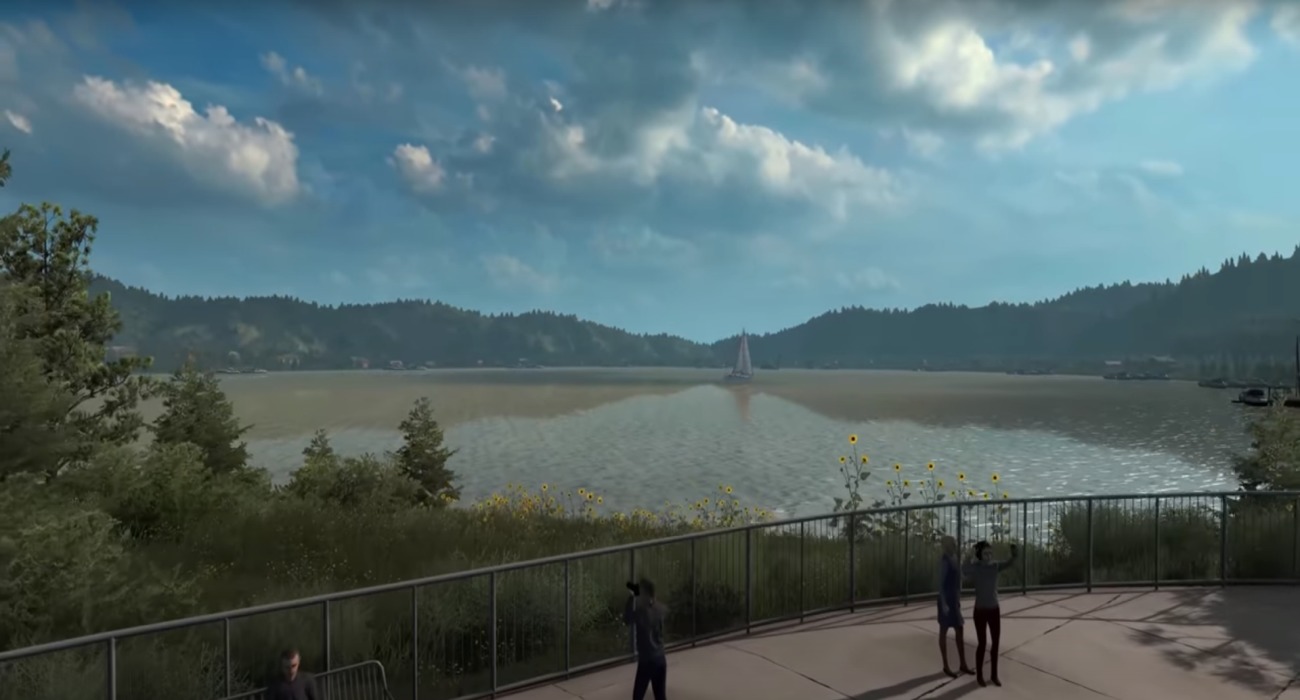 The next big DLC for American Truck Simulator is Idaho: Director’s Cut. It’s putting the Gem State front and center, which seems like a great addition to an already expansive game.

Idaho is characterized by rocky mountains, beautiful lakes, and expansive terrains. It’s one of the more anticipated locations to be added to this authentic trucking simulator. That’s not all either. Along with this new location is a new viewpoint feature. So what exactly is it and how will it impact players’ experiences? Let’s find out.

It’s essentially a system that will provide sweeping shots of landmarks, both natural and artificial. Playing American Truck Simulator lets you see so many incredible sights. However, sometimes there is so much to see that you don’t have the chance to take everything in.

The viewpoint feature aims to fix that dilemma all while providing some historical education for those interested in learning more about the great parts of Idaho. As far as how this new feature works, all players have to do is find select locations and then activate an in-game cutscene.

Places of interest nearby will then be spotlighted for an extended period of time. Rather than getting on your way and completing hauls, you can simply take every important detail in.

For example, say you’re driving through Idaho and come across the capital Boise. You’ll receive prompts and be able to activate viewpoints for a serene and educational experience. It’s a pretty brilliant feature that should reward players for taking their time and just enjoying their surroundings.

American Truck Simulator is all about realism and that’s particularly true regarding the environments. This new feature should make the environmental experiences all the better.

As it stands now, the new feature is considered an experiment by SCS Software. They want to first see how players take to it before rolling it out to other states.

If the feature is a success, then you can bet there will be all sorts of important landmarks that players will have the chance to view and learn more about. So not only will American Truck Simulator be a fun and authentic game to play, but it gives users the chance to learn more about the history of the United States.

On paper, viewpoints have the chance to do really well out of the gate. We’ll just have to sit back and see what the community thinks when this Idaho DLC officially launches later this month. It’s a pretty exciting time for fans of this beloved simulator.