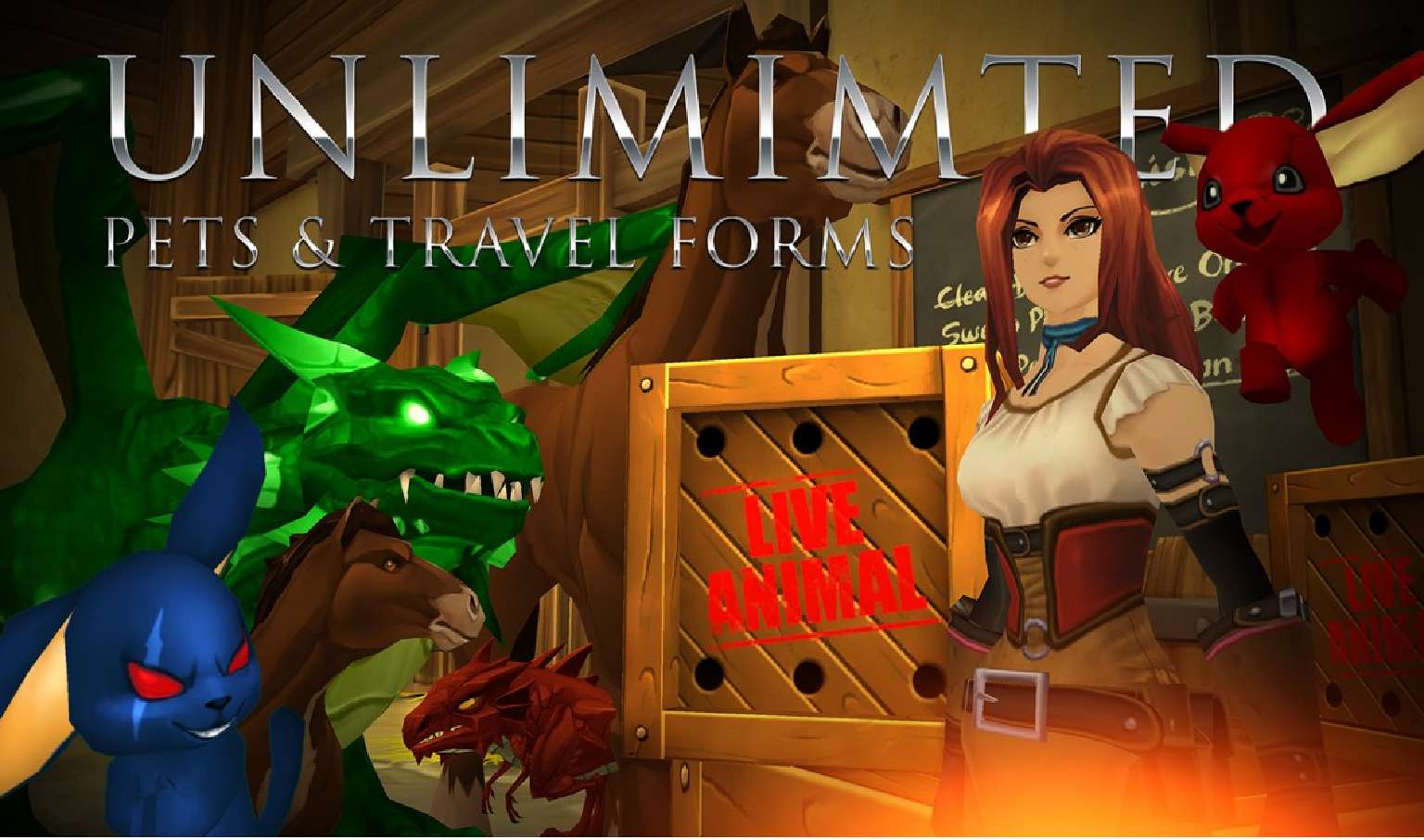 AdventureQuest 3D is moving forward on the updates that the fans have been asking for. This quality of life update will make the game much more user-friendly.

The first major thing in this update is the inventory. Players may remember when the Artix team moved pets and travel forms into their own category. This upcoming release officially converts them to “unlockable items”. What this means is that players will be able to collect every single pet and travel form without taking up any inventory space.

This makes their inventory more like a bottomless collection. However, this does mean a player can only have one of each. The Artix team will refund any duplicate DragonCrystal pets and Travel Forms when these things are converted. So if a player has duplicate crafted/gold/looted pets or travel forms, etc…they should be sure to sell them before tomorrow.

This update is only for permanent Travel Forms and Pets. The Travel Form and Pets that are consumable ones are still going to be items, and will still take up space in the player inventory.

What this all will mean going forward is that it will be possible to collect 1 of every Pet and Travel Form, they will not take up any backpack space, they will be in their own special tab, and players can only add Pets and Travel Forms to their collection, but not sell them. Doing this will prevent the endless player support nightmare of helping players who accidentally sell their favorite pets & travel forms.

The people over at Artix Entertainment are working hard to give fans the best possible game as possible.  And this round of quality of life updates will make the game more friendly for newcomers and veterans alike.

Are DC's Birds of Prey Headed To Fortnite For The Battle Royale's Next Crossover Event?