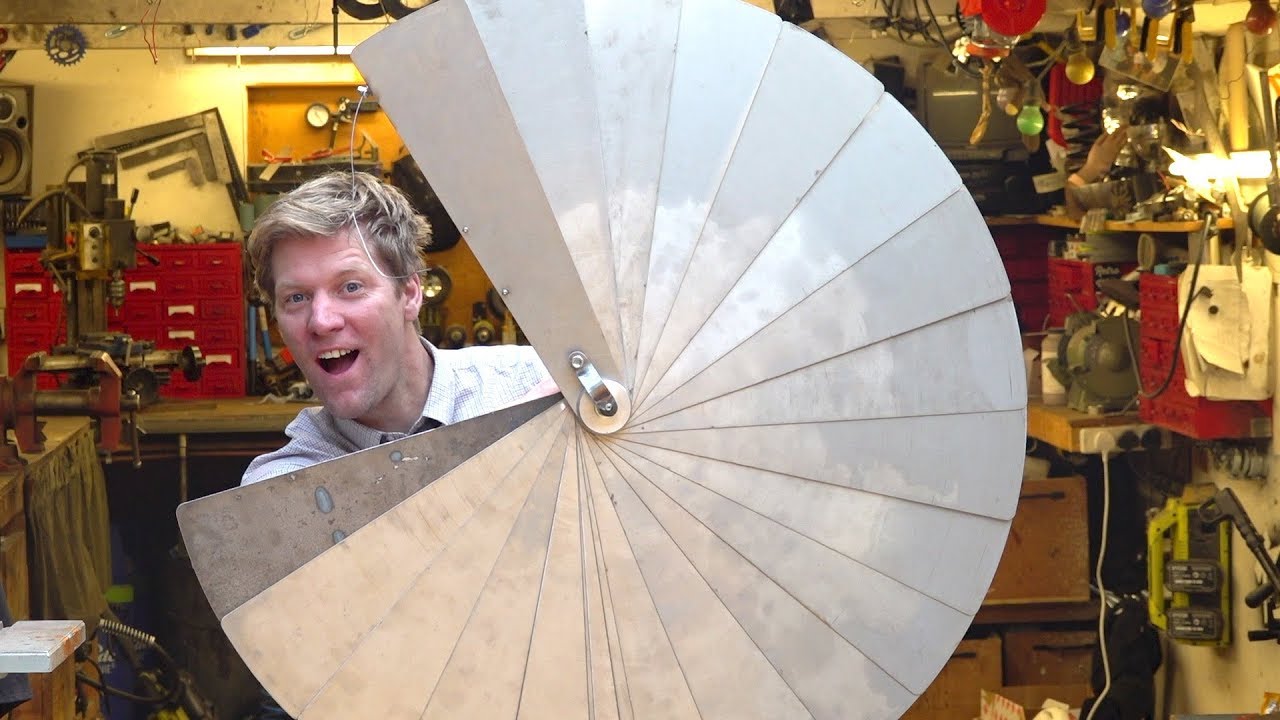 Everybody has gone crazy for this guy’s mad skills. Recently, he was able to make real-life versions of some of Sekiro’s crazy-odd weapons, specifically the spring-loaded ax.

Aside from the ax, he was also able to make the Iron Fortress shield tools and the Axe of the Monkey. But it doesn’t stop there. Every week, he makes more and more of these weapons.

The name of this guy is Colin Furze. He already forged a partnership with FromSoftware and Activision to make functional versions of the dangerous weapons of Sekiro. Both of the weapons he already finished making are incredibly impressive.

All of FromSoftware’s more recent games are already loaded with kick-ass weapons.

From the classic Dark Souls Moonlight Greatsword to the whip-sword Bloodborne. All have powerful weapons that can wipe out enemies instantly. Sekiro: Shadows Die Twice, a grueling RPG set in Japan’s Sengoku-era is no exemption.

Sekiro is a shinobi who is geared with a special Shinobi Prosthetic arm which can be modified into numerous wicked tools.

For those who have played the game long enough, they can say that they’ve collected all of these tools. From the wrist flamethrower to the spring-loaded spear, all of these tools are present in any avid fan’s collection.

Generally, Sekiro’s arsenal is quite excellent. Now, with this mad-scientist slash YouTuber bringing these weapons to life, Sekiro’s weaponry can’t get any more wicked than that!

Those who have seen Furze’s creation said that his Axe of the Money is beautifully crafted. It also works perfectly. In a video of Furze in action, he can be seen effortlessly flicking the ax in his hands. He is also seen retracting it back to its cradle-parallel position with the use of his arm.

To some, the Iron Fortress is not that impressive. They said that the shield can work well but it’s slow to expand when compared to the game version. It’s also way lighter to test and play around with real weapons.

To counter these criticisms. Furze tested the shield against the flamethrower to see if it can withstand the heat. Amazingly, the result was great.

A video of Furze making the actual Iron Fortress can be accessed through this link.

Fans are anticipating what Furze will do next. As a matter of fact, many fans expressed their anticipation to see Furze make the rest of Sekiro’s arsenal.

With the pressure slowly building, Furze may just wow the fans with another Sekiro arsenal masterpiece.

Feb 24, 2021 Lisa Nguyen 4510
New details have been released about the live-action adaptation of Twisted Metal. The adaptation will be a tv series, and some of those working to...