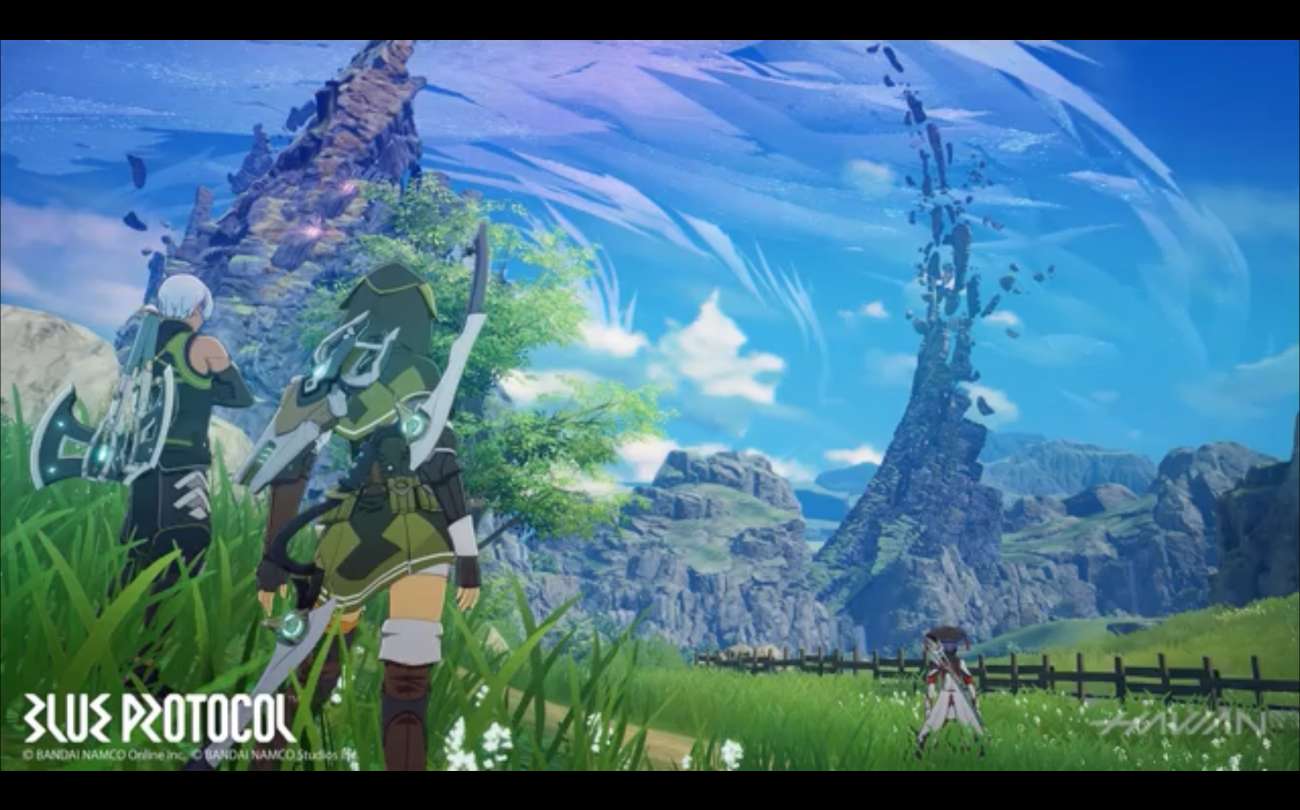 Some amazing RPGs have been highlighted this year at E3. One that’s certainly gaining a lot of attention — and rightfully so — is Cyberpunk 2077. We’ve also seen some gameplay footage of The Outer Worlds and Borderlands 3. If you like this genre of gaming, you’re probably in heaven.

You can add Blue Protocol to this list of upcoming RPGs. This online multiplayer was just announced by the talented team at Bandai Namco.  Judging some of the early visuals that have surfaced, anime seems to be a heavy inspiration that the developers are drawing upon. Anime has a huge fan base, so it’s a brilliant tactic that could set Blue Protocol apart from some of its peers.

We don’t have a lot of details on this RPG at this current moment, but we do have a snippet of the story thanks to a description. The world is on the brink of destruction; now is the perfect time to unite before it’s too late. The developers appear to be going for a post-apocalyptic setting, which we’ve seen quite a bit in RPGs. It was heavily featured in Fallout 76 and the Borderlands series to some degree.

However, Blue Protocol has the chance to put a unique spin on this story narrative. The description also highlights being able to fight enemies alongside friends. Given that this is an online multiplayer game, this description makes sense. You probably will be able to choose a select number of friends to defeat whatever evil forces are causing damage to the planet.

Time travel was also mentioned in the description. It’s a fascinating peek of what could be a compelling story. You probably aren’t just fighting to save your reality, but the reality of different worlds or dimensions. The stakes are thus much higher than just defending your own reality.

Again, aside from the description, all we really have to judge the game is the screenshot released by Bandai Namco directly. As mentioned earlier, it has some elements of anime. The characters featured appear to be wielding magical weapons. Spells and magic could thus be heavily involved in this game. It would make sense given that time travel is being included in the plot.

There is no official release for the game, but we do know the team working on the project is called Project Sky Blue. Expect more details on this online RPG to surface sometime in the not too distance future.