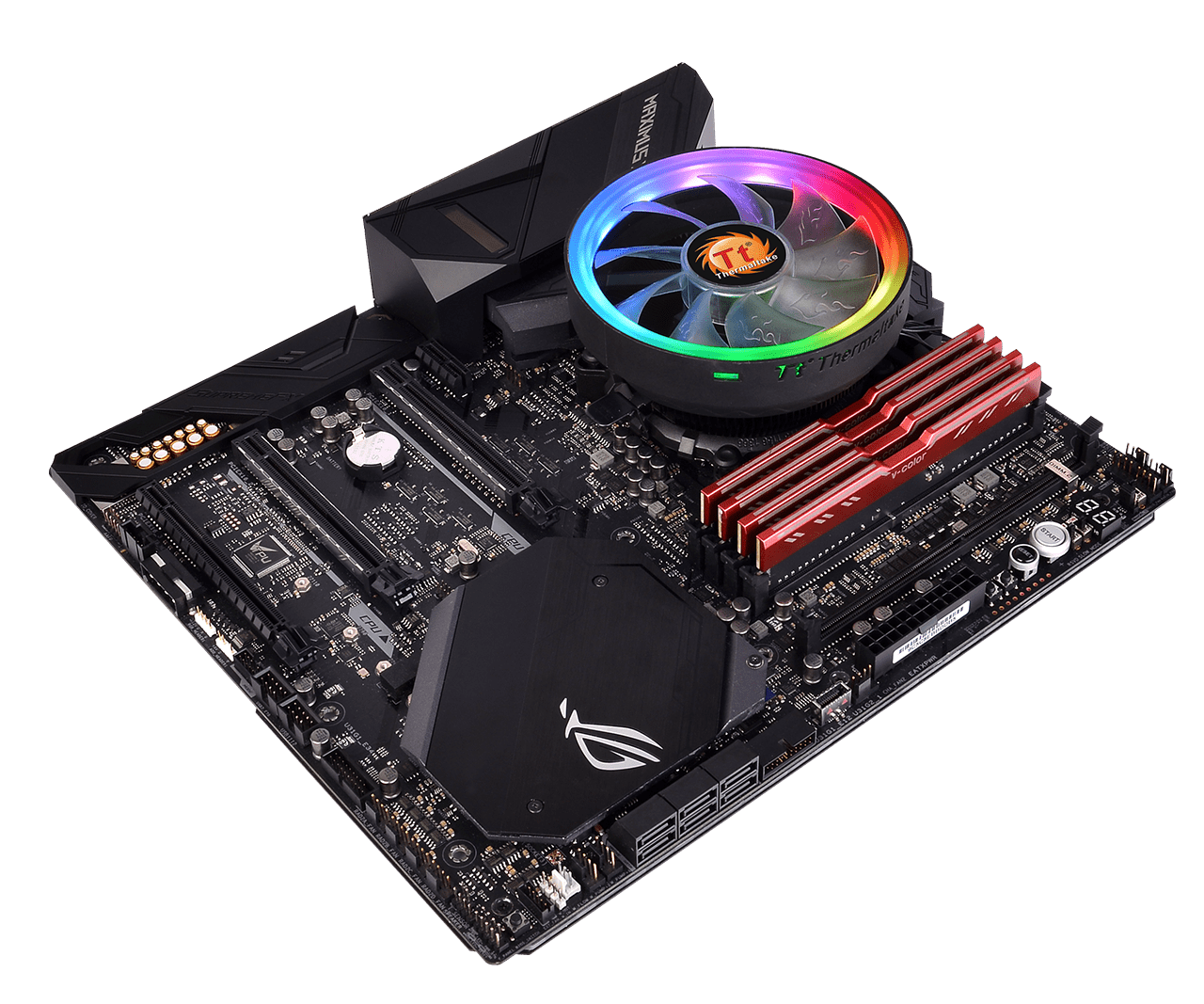 At just $15, you can immediately upgrade your CPU cooler and make it, well, cooler with Thermaltake’s UX100.

Thermaltake released the new UX100 ARGB which allows users to bring their own light show to their PCs. It’s part of the company’s low-profile series.

For a company that has established a reputation in the industry, Thermaltake’s new product is somewhat surprising. You rarely see branded names bringing RGB lighting to CPU coolers, especially at this price range.

The UX100 ARGB is quite small, measuring 120 mm in length, 120 mm in width, and 25 mm in height. If you can’t picture the device based on those dimensions, this CPU cooler is not even an inch high.

With this device, you can immediately transform your boring computer into a light show. The UX100 features 15 ARGB light-emitting diodes that can produce almost 17 million colors. It can be mated to different motherboards like MSI, ASRock, Asus, and Gigabyte. The lights can also be customized to fit your preferences.

The Thermaltake UX100 can easily be installed due to the mounting kit. All AMD and Intel CPU chambers can accommodate the back-plate. The nine fan blades are designed to produce a high volume of air as they spin at 1,800 RPM. The air will then pass through the aluminum heatsink at every angle. This will guarantee a constant air flow and cool down your CPU.

However, the cooling power is measured at around 65W, which is quite low. It’s not even in the same stratosphere as Noctua NH-D15S, for instance, although it’s comparing apples to oranges considering that the Noctua is considered one of the best CPU coolers around.

The fan blades push 38.82 cubics per minute of air. The noise generated is 26.92 of weighted decibels. Compare that to the Noctua, with a noise output of 19.2 weighted decibels, and you get an idea of how loud it can get.

What should be said, however, is that for $15, the Thermaltake UX100 offers a good value for money. If you are short on budget, then the CPU cooler from Thermaltake should be high on your list.

You shouldn’t even be considering this cooler if your gaming station is equipped with expensive components. Thermaltake is offering the UX100 for a certain market. In fact, the company should be praised for bringing more options to the low-end segment. Instead of the typical boring coolers, you see your computer light up with so many colors.

Jul 10, 2022 Justin Geller 2760
The first 'NFT game console' known as the Podium One is about to be discharged in 2024. However, there are quite a few complaints and ones around the...

Nov 5, 2020 Kenny Kimberly 5470
The last couple months have shown quite a few massive launches in the tech sphere of the world. PC enthusiasts have had quite a treat with everything...

Oct 21, 2020 Chris Miller 8510
The NVIDIA Ampere series came out and was gone within a second on many retail sites, with purchasers boasting about how many cards they were able to...