A New Death Stranding Trailer – A Closer Look At Heartman, A Researcher Who Travels In And Out Of Death 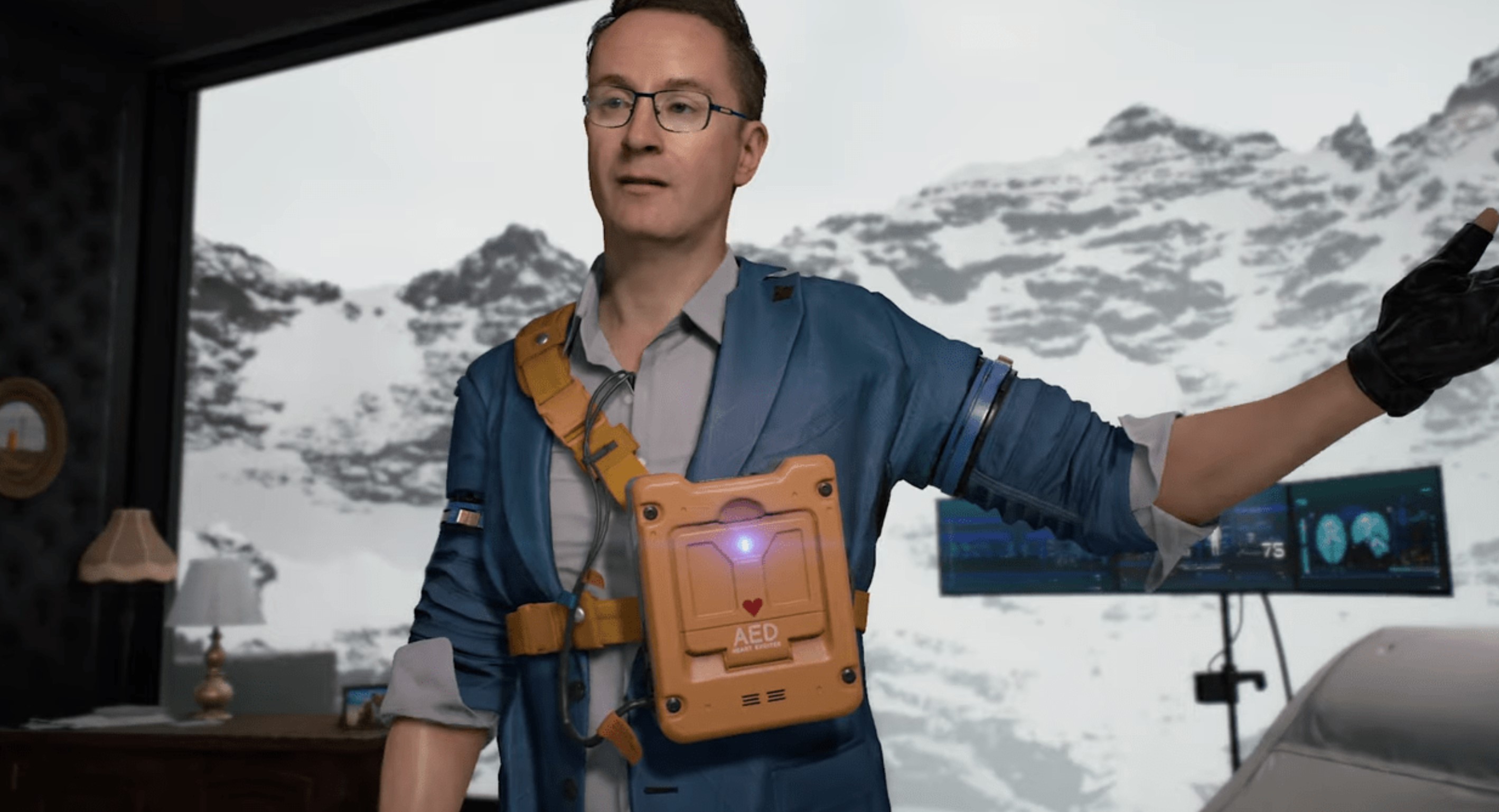 Hideo Kojima, the developer behind Death Stranding, announces a new trailer for the character Heartman. In a moody trailer that opens with the iconic Funeral March, it’s a closer look into the weird and wonderful world of one of the most talked-about games of the year.

Heartman, like many of the characters in Death Stranding, is portrayed by a real person. In this case, it’s Nicolas Winding Refn, a filmmaker and one of Kojima’s best friends. He’s best known for his work on 2016’s The Neon Demon and 2009’s Valhalla Rising.

HEARTMAN cutscene that I introduced at SDCC is out now. HEARTMAN is a member of BRIDGES. His heart stops every 21 mins,spends his time in the world of the dead for 3 mins and comes back by AED. 60 times/day. Thanks to my best friend & filmmaker Nicolas W Refn for his appearance! https://t.co/VyHPy29Fcs pic.twitter.com/W7jNPdl8wx

The trailer is stunning, though that’s something fans have come to expect. It highlights the story-driven nature of Death Stranding, with dark humour, incredible acting, and enough mysteries to keep everyone guessing about what Death Stranding actually is. There have been action-packed trailers for Death Stranding, but this one highlights the subtleties of Kojima’s creation and the passive downtime between battling spectral demons and traversing mountains.

Norman Reedus, as Sam, also features in the trailer. Heartman wakes up from one of his death cycles – which happen every 21 minutes – and shows Sam around his office, pointing out the music, films and books he’s selected that last provide exactly 21 minutes of entertainment. He also mentions that these items were collected from before the Death Stranding, adding weight to the fan-based theories that the event is some kind of apocalyptic occurrence.

Plus, the irony of the name Heartman now makes sense. The character is hooked up to an AED device which resuscitates him from his 3-minute journeys into the underworld. Take that, critics.

While the trailer might provide a closer insight into Kojima’s fascinating world, it also presents more questions that are yet to be answered. Heartman returns to the world of the living from his 218,550th visit into the land of death, and his search is still fruitless. His search for what? What is he looking for down there?

It should also be noted that the game looks gorgeous. Not only is Nicolas Winding Refn’s and Norman Reedus’ face-mapping extremely detailed, but the costume design and setting are rendering in a unique way. It’s obvious there is a distinct vision behind how Kojima wanted this game to look.

Death Stranding is one of the most anticipated games of the year, and there’s not much longer to wait. It releases on PS4 on November 8, 2019, right in time for a festive release and the purchase of a PS4 just for this game.