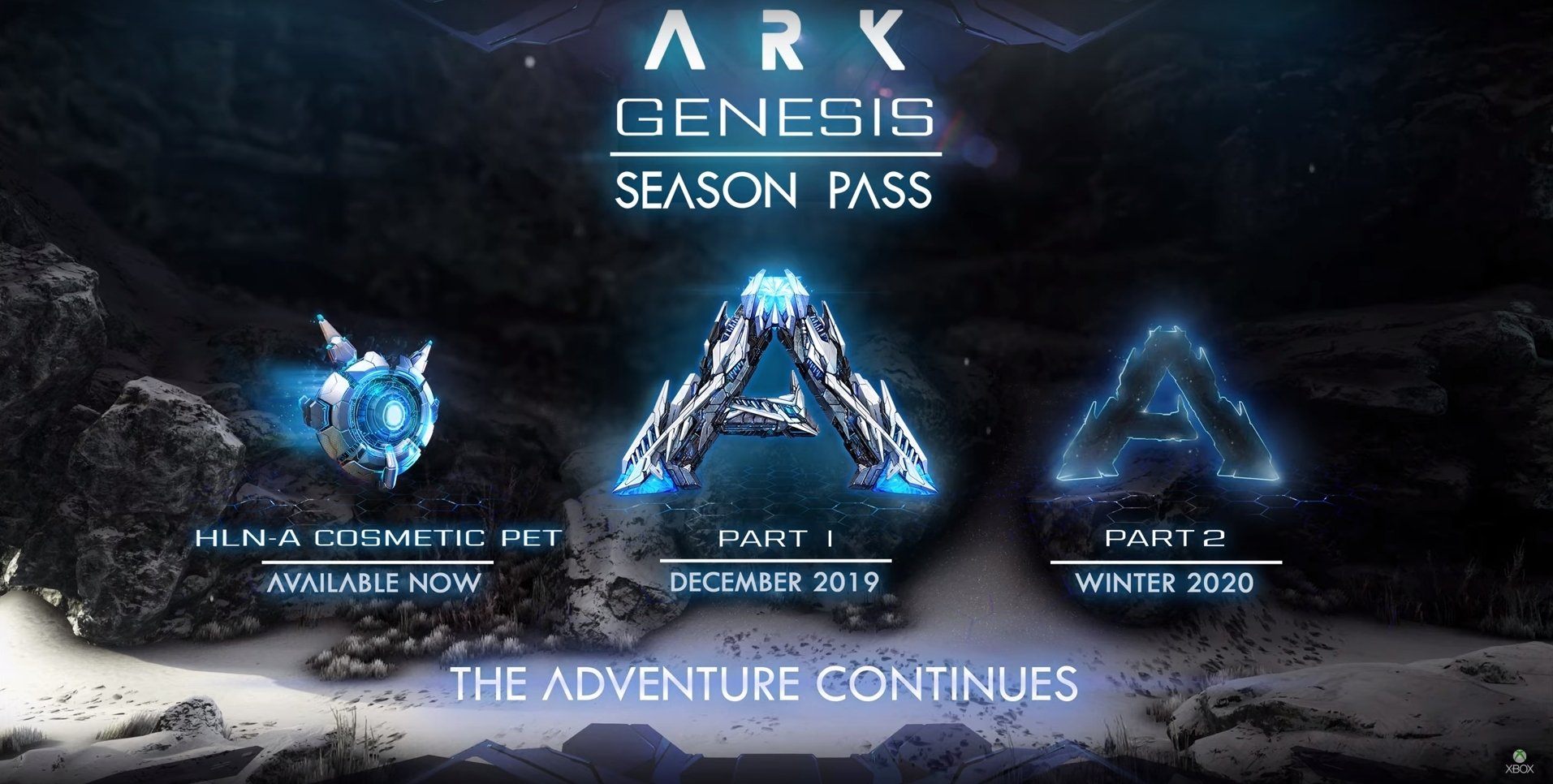 XBOX made a new addition to the world of their growingly popular survival game, ARK: Survival Evolved. The Genesis DLC series is a two-part DLC that will see the first half releasing in December of 2019, and the second part becoming available somewhere in the winter of 2020.

Earlybirds can also go ahead and purchase a season pass that will include both releases of the Genesis DLC. Included in this will be an exclusive H.L.N.A. cosmetic skin.

Genesis is the latest in a long line of DLC packages for ARK, with developers Studio Wildcard, Instinct Games, Efecto Studios, and Virtual Basement LLC having added eight different. Of these, three are free map packs (Valguero, Ragnarok, and The Center) with another three being expansion packs similar to Genesis (Extinction, Aberration, and Scorched Earth).

From the trailer, it seems that Genesis will be based more on primordial life, rather than the prehistoric dinosaur-centric gameplay that the game currently features. The point-of-view changes multiple times in the trailer, from volcanic lava fields to icy mountainsides.

A multitude of creatures is shown off as well, with some hint as to what level of progress may be needed to face them. As the point-of-view enters the volcanic lava mountain range, complete with a menacing molten baddie, H.L.N.A. teases the player, “maybe not this one first.” The player is then moved to a snowy biome with an adorable four-armed bit of fauna that swiftly turns into a nightmarish furry version of Goro. The cinematic view ends with the player activating handheld energy blades not dissimilar to a Protoss zealot’s armament.

ARK has had a bit of an up and down reputation since its full release in 2017, with the early access beforehand being infamously unstable. Even now, the game continues to suffer from a stability issue with graphics, frames, rendering, and general performance. Because of this lackluster performance, many of the comments on Steam and YouTube are criticizing the DLC and asking when there will be fixes to the issues.

Currently, ARK has a neutral mix of reviews on Steam and sits at a relatively similar level on all other reviewing platforms. While the game has its diehard fans that will support it through anything, many players have expressed continued distaste at the lack of fixes that have come the games way.

Of course, it’s possible that many of these fixes will be included with the Genesis DLC due to the increased focus on the game. Either way, the first half of Genesis will be landing in December of this year, with a steady crowd waiting to greet it.

Feb 28, 2020 Chris Miller 10510
Studio Wildcard has had one heck of a time trying to get Ark: Genesis (Part 1) released, and it resulted in the DLC actually getting pushed back a...

Jan 28, 2020 Chris Miller 3490
We're closing out the first month of 2020 surprisingly quick, and the year thus far has brought gamers a slew of titles that have been delayed; some,...

Jan 26, 2020 Chris Miller 11000
I don't wake up every morning eager for the opportunity to once again cover ARK: Survival Evolved, and I feel like that statement is necessary with...