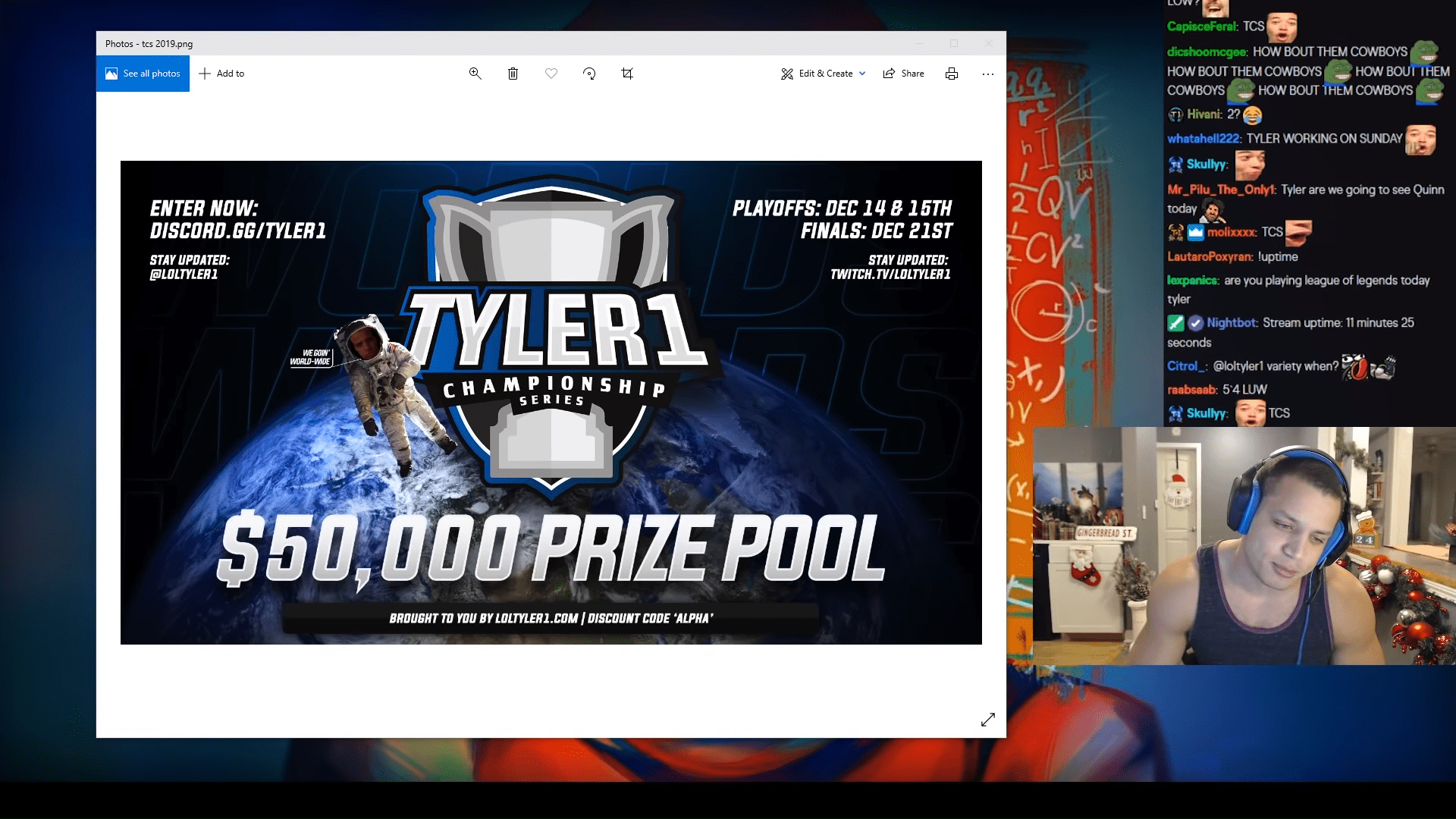 On the 1st of December, Tyler1 tweeted that applications are open for a week for the upcoming Tyler1 Championship Series tournament, happening in December.

Yesterday the qualified teams were announced in a tweet, average LP being Challenger +700LP of every team qualified.

There are plenty of famous ex-LCS players and popular streamers in the tournament, such as Damonte, Akaadian, Gorica, DiguisedToast, Yassuo, Gosu, Trick2G, Voyboy, and others.

The tournament debuted in 2017 with a prize pool of 10,000$. The format was 16 teams, a single-elimination bracket, finals were best of three, and all other matches were the best one. The last team, who won it all, was a team called ‘MLGB E-sports’ consisting of TF Blade, Metaphor, Grae, TailsJJ, and Clown. The tournament brought a lot of viewers, breaking records for a non-Riot streamed championship.

The 2018 tournament featured an increased prize pool of up to 50,000$. The format was changed to 8 teams, single elimination bracket, finals were best of five, and all other matches were best of three. The last team, who won it, was ‘Polar Ace,’ consisting of Aetheres, Dragonminkim, Julien, Jurassiq, and Winter. The tournament broke the previous 2017 records, bringing insane viewership across all regions.

The 2019 event is a third of a kind with an upgraded format, a mix of the first and second tournament formats. Sixteen teams will participate, single elimination bracket, finals are best of five, and all other matches are best of three.

The tournament is hyped up by the entire community as the only offseason tournament, where young prospects can show their ability and get scouted by Academy and Main League teams.

The entire community is thankful to Tyler1 for promoting the game with such an offseason tournament, allowing young players to show their skills to thousands of viewers and improve their ability to get seen by pro teams. As a bonus, there is a big prize pool in the tournament, and it all goes to one team, which is a big incentive to win it all.

The start date will be the 14th of December, and the finals will be played on the 21st of December, so stay tuned on Twitch to not miss any games of the 3rd Tyler1 Championship Series tournament!