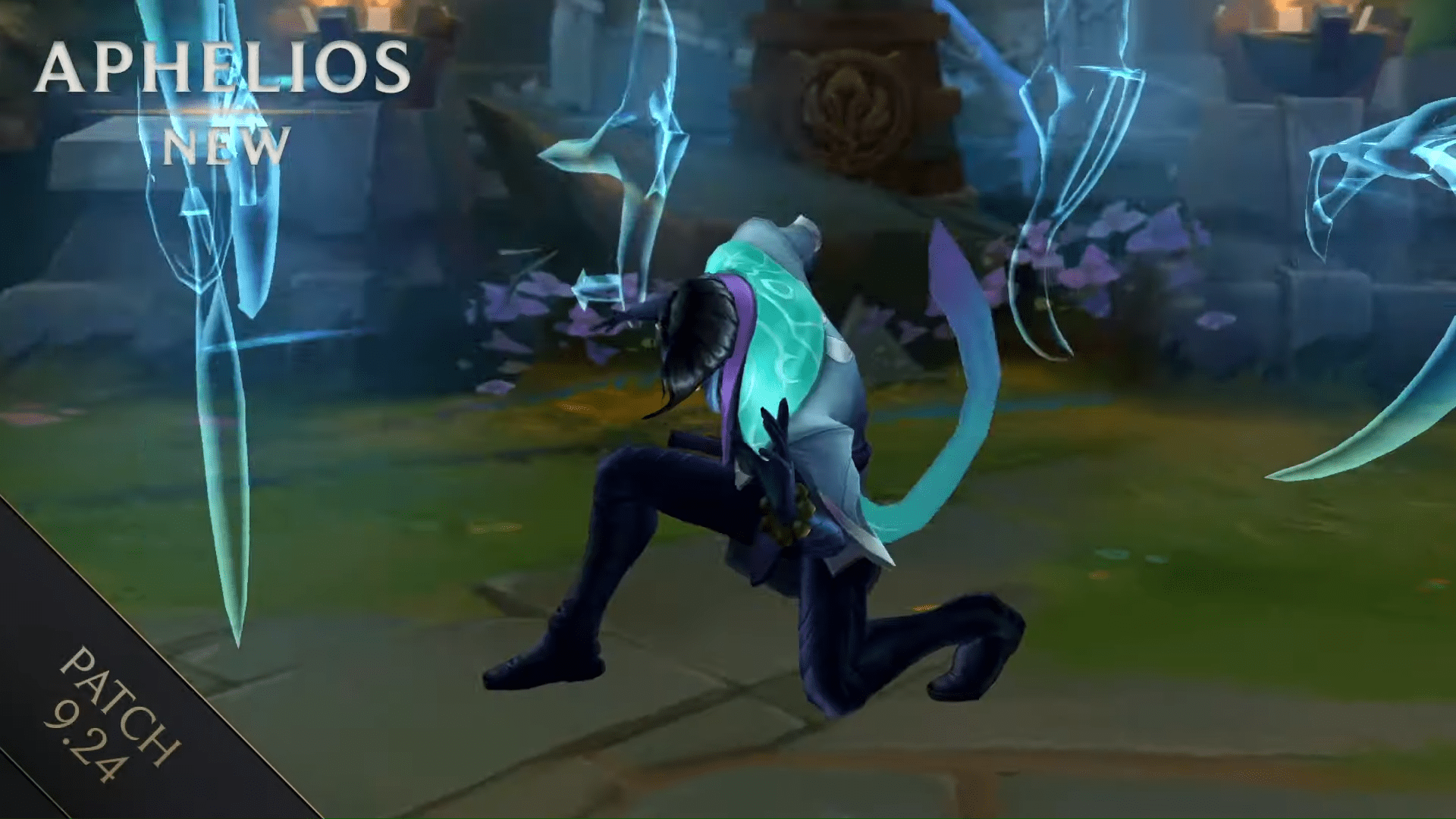 The last patch of the year for League of Legends was released a couple of hours ago.

The new champion, Aphelios, will be available to be played on this patch.

The previous 9.23 patch was more of a testing ground by Riot Games, while the current 9.24 patch will have some hot-fixes and buffs/nerfs to over-performing and under-performing champions. For more information regarding 9.23 click here.

Akali – removed the Q hitbox behind her, which was heavily abused by pro players and reduced damage against minions from 33% bonus magic damage at rank 5 to 25% bonus magic damage, this will impact the early-mid game of Akali more than her late game.

Braum – small rework to R to have higher knock-up times to players who see the skill shot, but choose not to dodge it and more significant resistances on using W to himself.

Diana – reworked passive/E/R abilities to make more impactful during the laning phase. The new E is the old R, a dash which deals damage and resets on Q, while the R has been updated to be the taunt from E before with an added explosion, which deals a lot of damage based on the number of champions affected by the taunt.

Garen – number of spins and damage decreased from E, was heavily abused by weak players by buying a lot of attack speed early and just spinning to win with Conqueror combined.

Rammus – health growth and reduced cd on E, will not impact his WR by a lot since he is rarely picked.

Ryze – the EQ machine, and the terror of the rift has his Q damage reduced, which will profoundly impact his early laning phase.

Senna – all abilities adjusted with increased mana costs/cooldowns due to her overperforming on all roles.

Yuumy – updated all abilities with mana costs/damage/healing and added a new mechanic where she becomes more vulnerable and can be killed easier.

Overall the changes look quite right; the overpowered champions were nerfed, while some underperforming champions were buffed. The most abused keystone of Conqueror has been nerfed, which should open more options to players as well. The PBE feedback was mostly positive regarding the new champion and Diana rework, which is refreshing to see after the previous reworks and new champion releases.

Hopefully, the trend continues, and Riot continues to target the broken stuff and patch it before it gets obnoxious to play against every game.