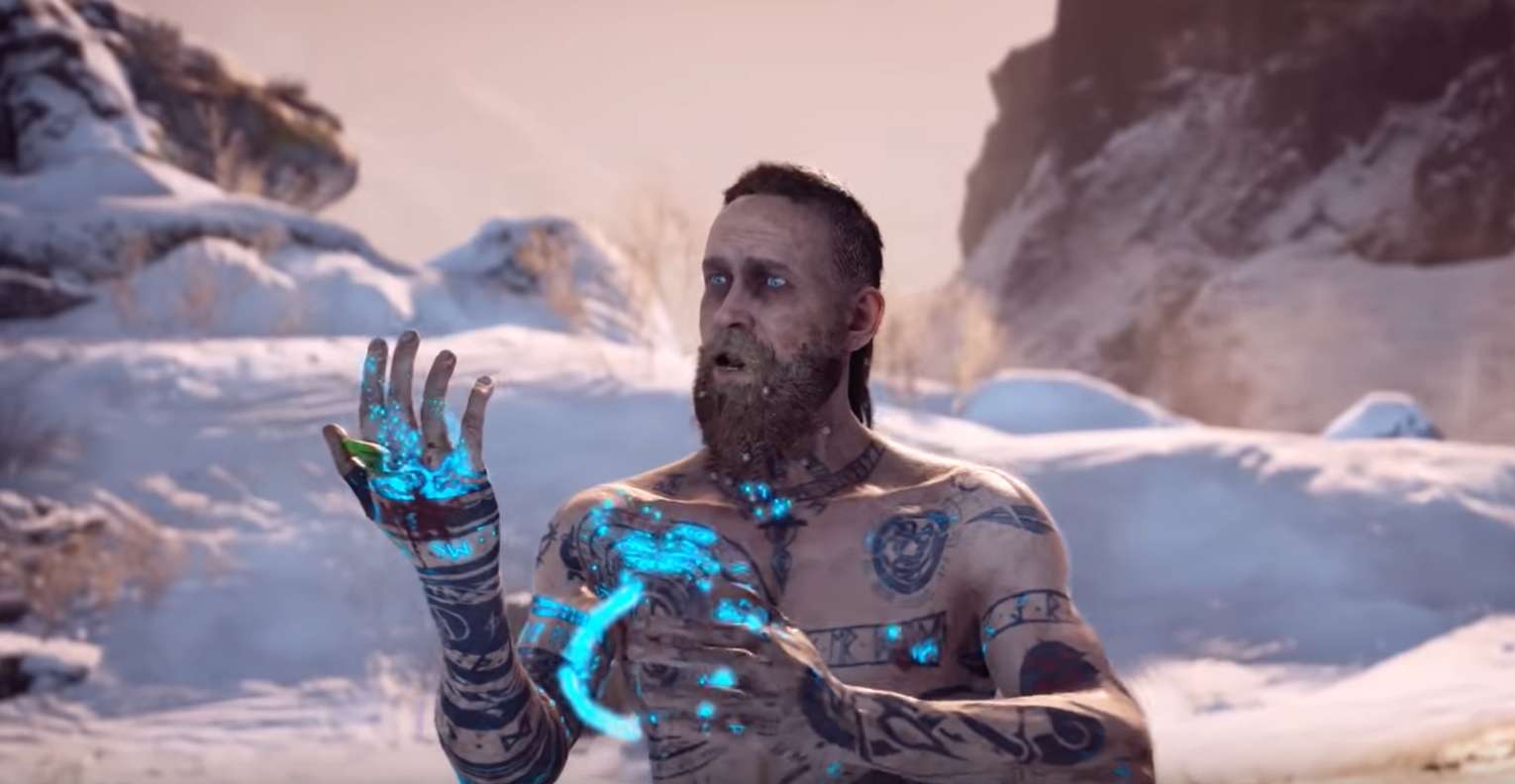 Lance McDonald, a Twitter user with a knack for hacking the camera functions of some of the most popular video games in the world, recently made an amusing discovery when he gained access to camera control in PlayStation 4’s smash hit God of War.

McDonald was able to hack the scene in which Kratos battles the Norse God Baldur for the first time. It is one of the most memorable battles in God of War history, more resembling a major battle in a superhero movie than a standard video game boss fight.

At the end of the battle, Kratos seemingly breaks Baldur’s neck and tosses him over the edge of a cliff. The camera remains on Kratos, and the player never gets to see Baldur fall to his supposed death.

When McDonald hacked the camera, he was able to follow Baldur off the cliff, and to his surprise he found a hysterical easter egg left by the development team.

Absolutely laughing at this, can't wait to see what else is hidden in the game off-camera pic.twitter.com/V3r8dV4gMw

When Kratos tosses Baldur off the cliff, the Norse god actually flips off the God of War as he falls. The entire hilarious moment can be seen in the video embedded in the tweet above.

McDonald sent the clip to Cory Barlog, the game’s director, who also had served as director on the first two God of War games.

“So Cory Barlog, who was responsible for this little easter egg?” he wrote on his official Twitter account.

The God of War director seemed to love that this moment was finally uncovered, and retweeted McDonald’s find. He then responded with a tweet of his own, congratulating McDonald on finding something that might never have been uncovered otherwise.

“Nice work, Lance!” Barlog tweeted, following it up with a heart emoji.

God of War was a major commercial and critical success for the PlayStation 4. There have been rumors swirling since the game was released about its inevitable follow-up.

The untitled mystery game, which many call God of War 5, has not actually been confirmed by Santa Monica Studios or Sony, but everyone knows that it has to happen at some point.

Of course, it is more likely that this will be an exclusive title for the PlayStation 5, as that console is set to drop sometime this year. Sony has given a vague “Holiday 2020” release window, which is similar to what its main rival Microsoft said regarding the Xbox Series X.

Given the way God of War ended, with a massive cliffhanger touching on what is yet to come, we can determine that whenever the sequel comes out, it will be epic.

Oct 4, 2020 Kevin J. Kessler 14410
Cory Barlog is one of the most popular and watched game directors in the industry today. That's partly because he loves to tease future projects...

Sep 19, 2020 Kevin J. Kessler 7710
Cory Barlog is one of the most well known game directors in the industry, and for good reason. He has an impressive resume dating back to the...

Aug 7, 2020 Kevin J. Kessler 5300
When you talk about PlayStation, one of the first titles you'll picture is undoubtedly God of War. This was true dating all the way back to the...