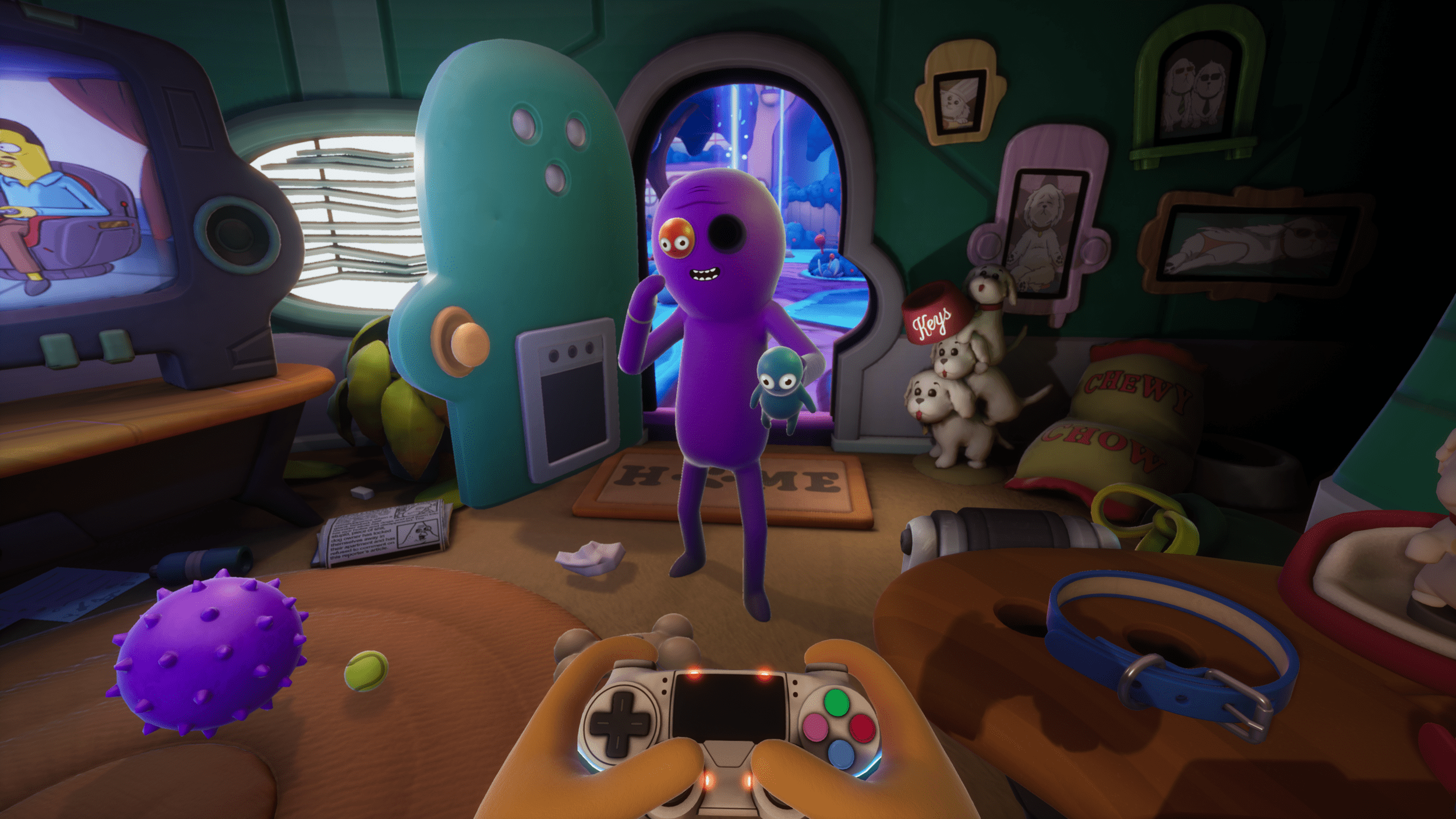 Trover Saves The Universe, the bizarre comedy adventure conceived by Rick and Morty creator Justin Roiland and developed by Squanch Games, is finally making its way to the Nintendo Switch and Microsoft Xbox One. The game, published by Gearbox Software, was released for PC and Playstation 4 back in May of this year.

The game will come to the Switch on November 28, which is perfect timing for those who want to bring their console to the dinner table and ignore their family during Thanksgiving dinner. The game will then hit the Xbox One the following week on December 3.

Both ports will be available for 20% off for a limited time after launch, so if you’re going to pick it up, you’ll want to do so quickly. Pre-orders are currently live. For PC and Playstation 4 users who haven’t picked the game up, those ports are currently 30% off through select digital retailers.

Your dogs have been dognapped by a beaked lunatic named Glorkon who stuffed them into his eye holes and is using their life essence to destroy the universe. You’re partnered with Trover, a little purple eye-hole monster who isn’t a huge fan of working or being put in the position of having to save the universe.

For those familiar with the show Rick and Morty and creator Roiland’s brand of humor, this should seem right up your alley. To those not familiar with it, this must seem very, very weird. That doesn’t mean you won’t like it, though! It’s fun to try new things!

Trover Saves The Universe is VR compatible, but fortunately for those without the proper hardware, it’s not exclusive to the format. The site even encourages you to switch back and forth between playing in VR and playing traditionally, which should make for a strange, maybe even confusing experience.

The game is not related to Rick and Morty, but those familiar with the show will definitely recognize both the sense of humor and the visual style. Of course, PC users were quick to mod in characters from the show, namely the titular Rick and Morty, so if that’s your jam, PC is the way to go.

Trover Saves The Universe debuted on PC and Playstation 4 to good-to-great reviews firmly in the 8-9 range and there’s no reason to think that the Switch and Xbox One ports will be received much differently.